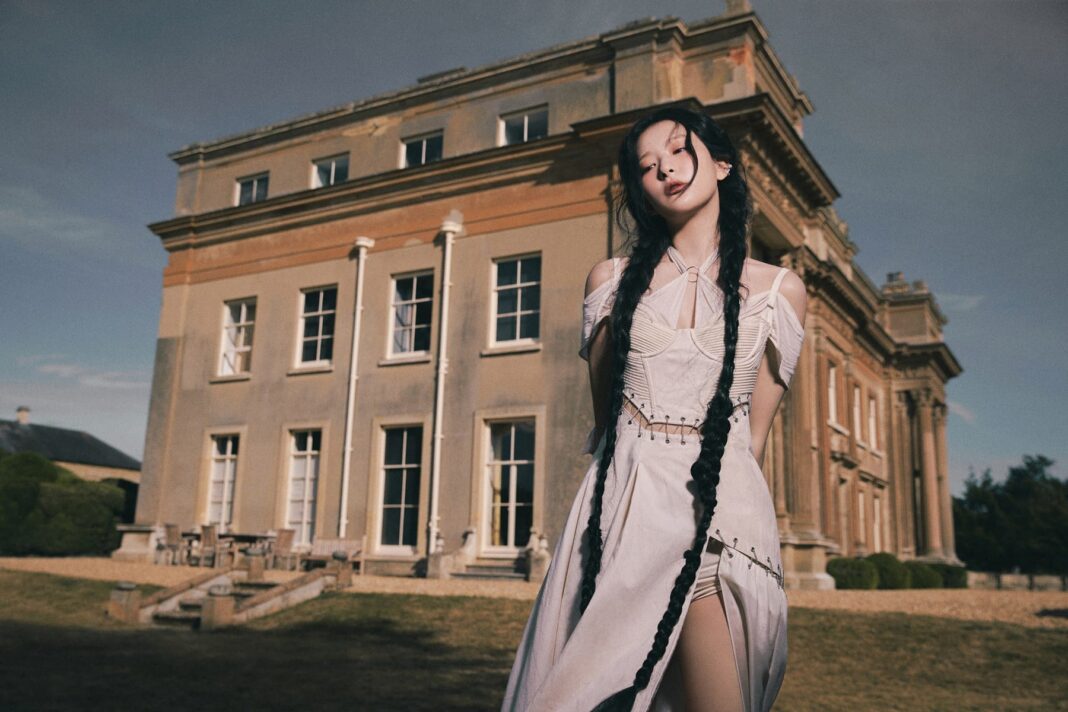 With Red Velvet being in the industry for 8 years, it is natural for the group’s members to explore solo endeavors. This started when Irene and Seulgi did their unit album Monster back in 2020, followed by Wendy and Joy’s respective solo albums in 2021. For this year, it is Seulgi’s turn to do a solo album with 28 Reasons, and her solo effort is the best example of showcasing Red Velvet’s “Velvet” side.

With the teasers embodying Red Velvet’s darker MVs like Psycho, its interesting to see how Seulgi continues the group’s trend of its spooky concepts that are not comparable to the usual girl crush or bubblegum pop themes usually associated with KPop. With this review, we assess how Seulgi extends the well-loved Psycho era with 28 Reasons.

If you’ve been seeing KPop music videos lately, they almost always dwell either with the girl crush vibe or the bubblegum pop vibe. With Psycho being a success for Red Velvet for its spooky vibe (and the same goes for the Seulgi and Irene-backed Monster), the concept fits really well for Seulgi, especially with the title track embodying an R&B sound.

What makes 28 Reasons (and the rest of the songs in the album great) is how Seulgi weaves through both good and evil as evidenced in the end credits of 28 Reasons, where the quote “good and evil coexist within one person” will surely attract attention and make people think about the whole concept of 28 Reasons.

Things go mellow with Anywhere but Home, and Seulgi knows how to get the crowd going with the dance-pop-infused Los Angeles, exploring different adventures in life and their highs and lows. Closing the album is the hallowing Crown, where Seulgi carefully sings her way and shows that’s she’s a queen on her own.

While there will be a debate about who among the Red Velvet members has the best vocals (most would almost always say Wendy), one cannot ignore Seulgi’s vocals–and they are best showcased in 28 Reasons over Monster, where the album was more of unveiling the harmony between her and Irene in performances.

Seulgi was able to showcase her range with Dead Man Runnin’ (which she wrote), while Bad Boy, Sad Girl highlights her bright and sweet vocals as she sings along with rapper BE’O. Crown is also a highlight in this album, as Seulgi showcased different flavors to her vocals.

A great focus on artistry

Just like with Taeyeon’s INVU, SM hits gold yet again with Seulgi’s solo album by going beyond KPop conventions and instead focusing more on artistry. It’s rare to see KPop artists actually showcase their artistry in full, and Seulgi does a spectacular job at that.

Aside from having a love for photography and drawing (she has a dedicated Instagram for that), the overall curation of 28 Reasons best embodies Seulgi as an all-around, multi-hyphenate artist. From the concept photos down to the official MV, Seulgi was able to showcase her true individual artistry in her debut solo album.

With all the solo (and unit) efforts of Red Velvet’s members so far, Seulgi’s solo effort with 28 Reasons is the best so far. While there’s much debate on whether Seulgi or Wendy has the better vocals in Red Velvet, the main reason why we think 28 Reasons is good is that it best showcased Seulgi’s artistry by going beyond what we usually know about KPop concepts. 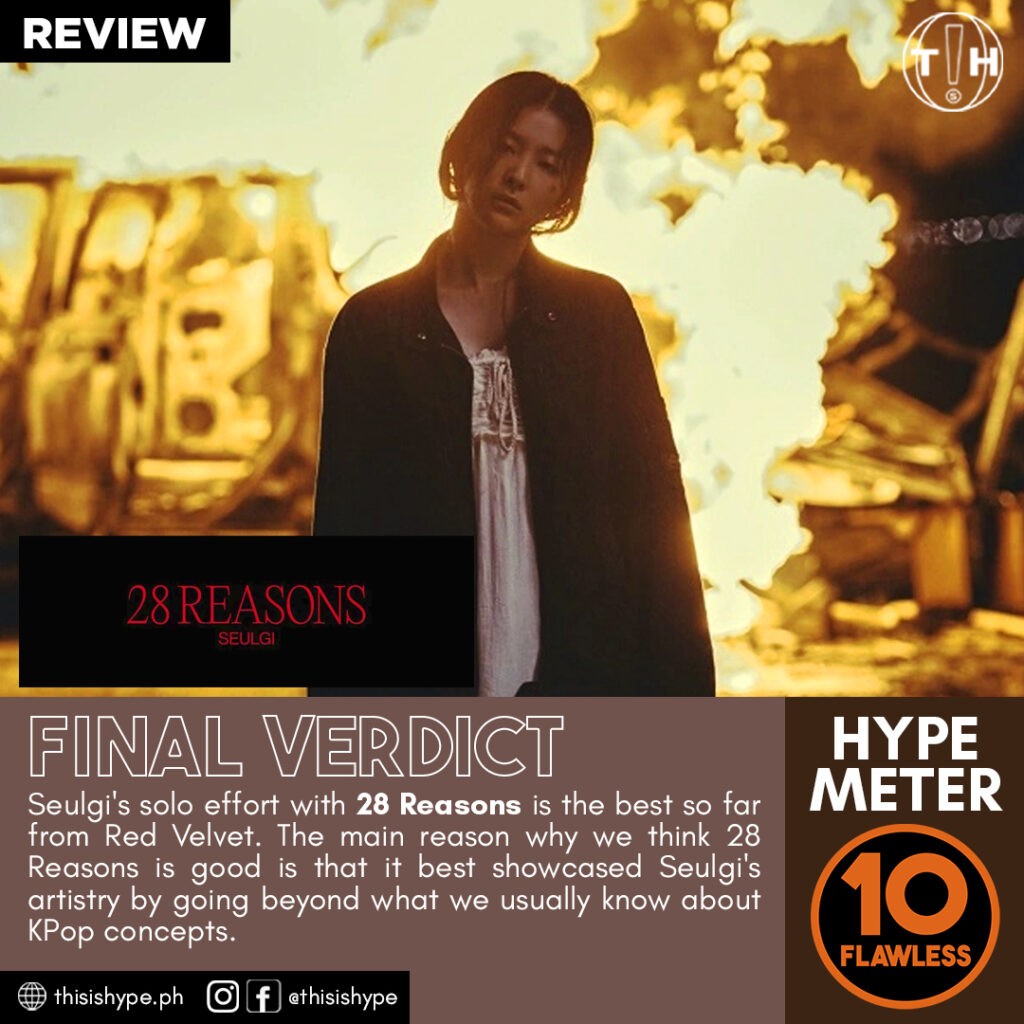 Solo KPop efforts are different from group KPop efforts as the former allows for more creative freedom–and Seulgi definitely pulled all the stops when it comes to creative direction with 28 Reasons.