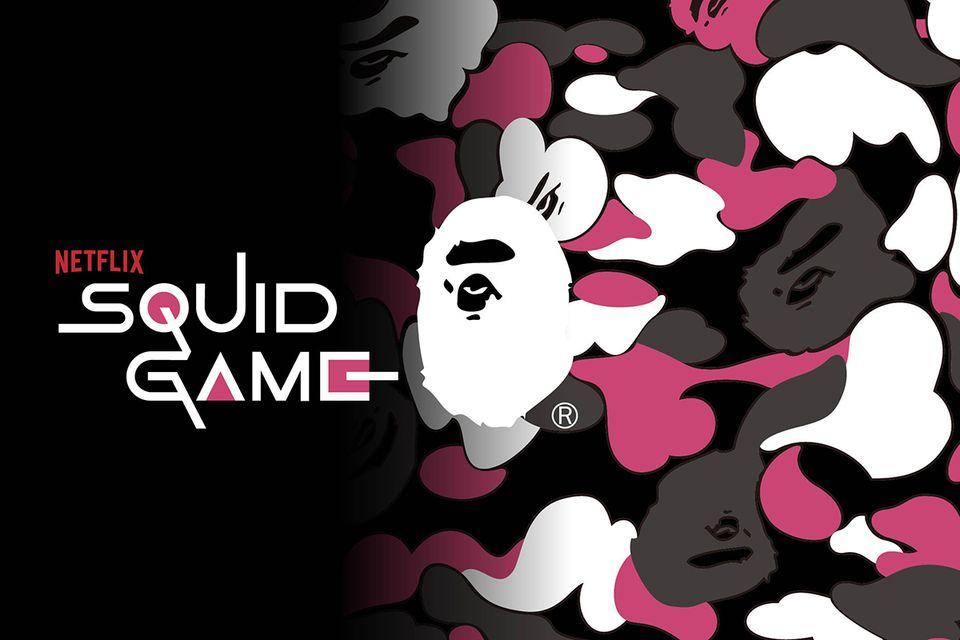 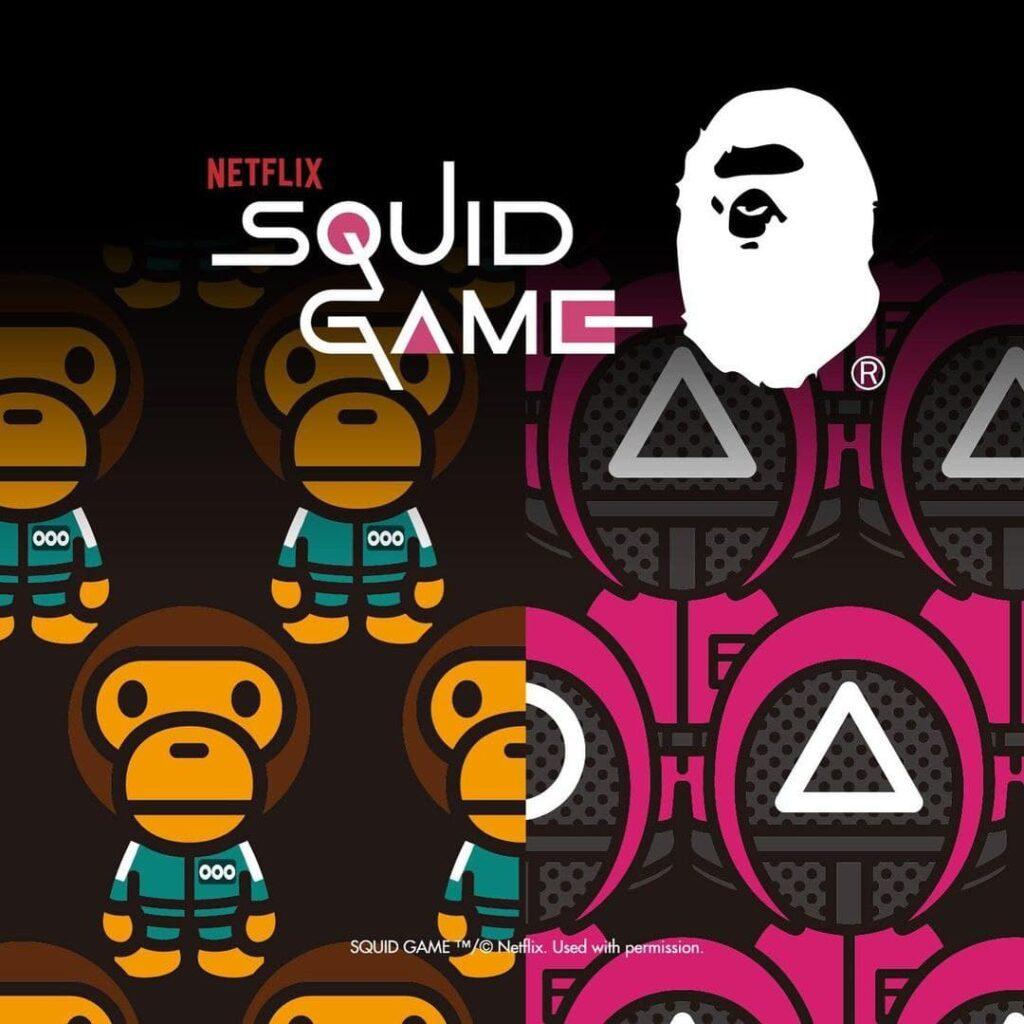 If you happen to go back and forth between Netflix Binges and BAPE gear hunting, then this collab may just hit the sweet spot! 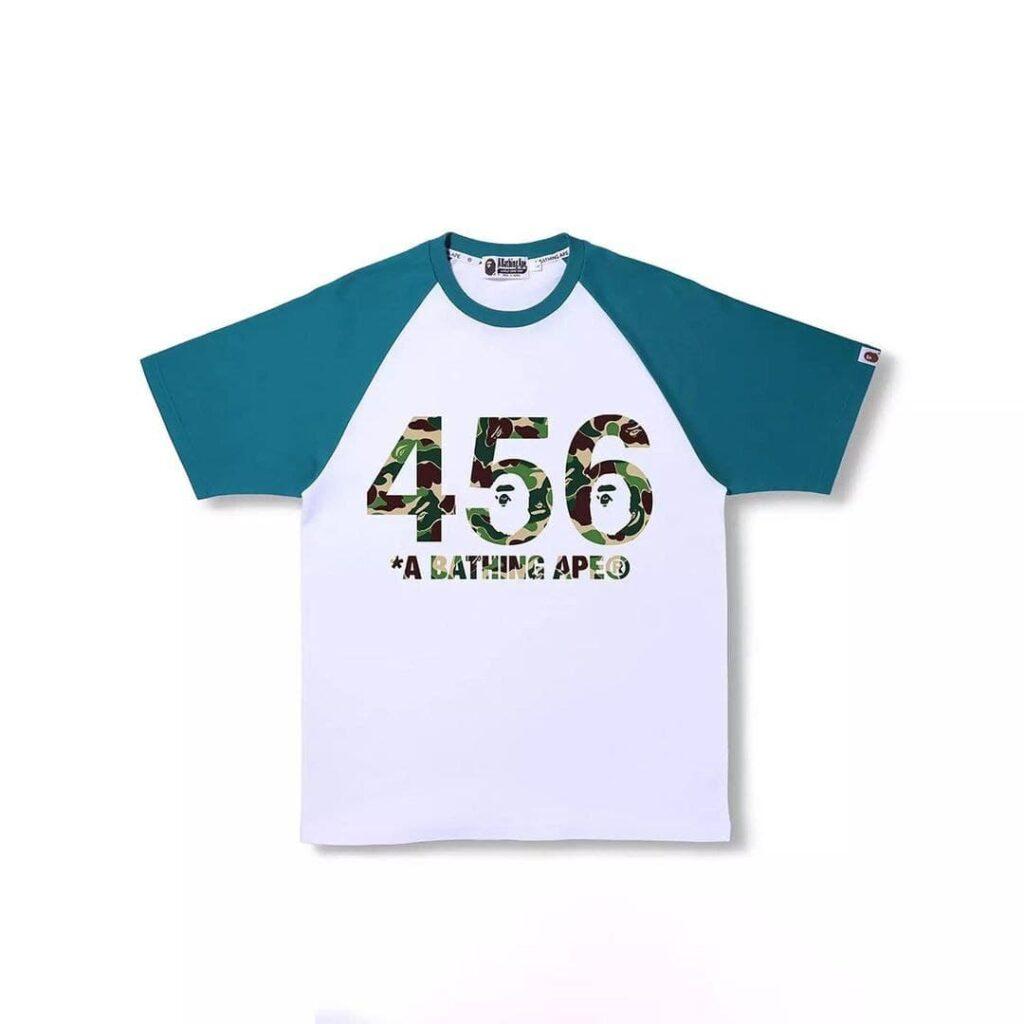 This time, collaborating with Netflix, BAPE is putting out a collection of shirts that pay homage to the much revered Korean thriller Squid Game. 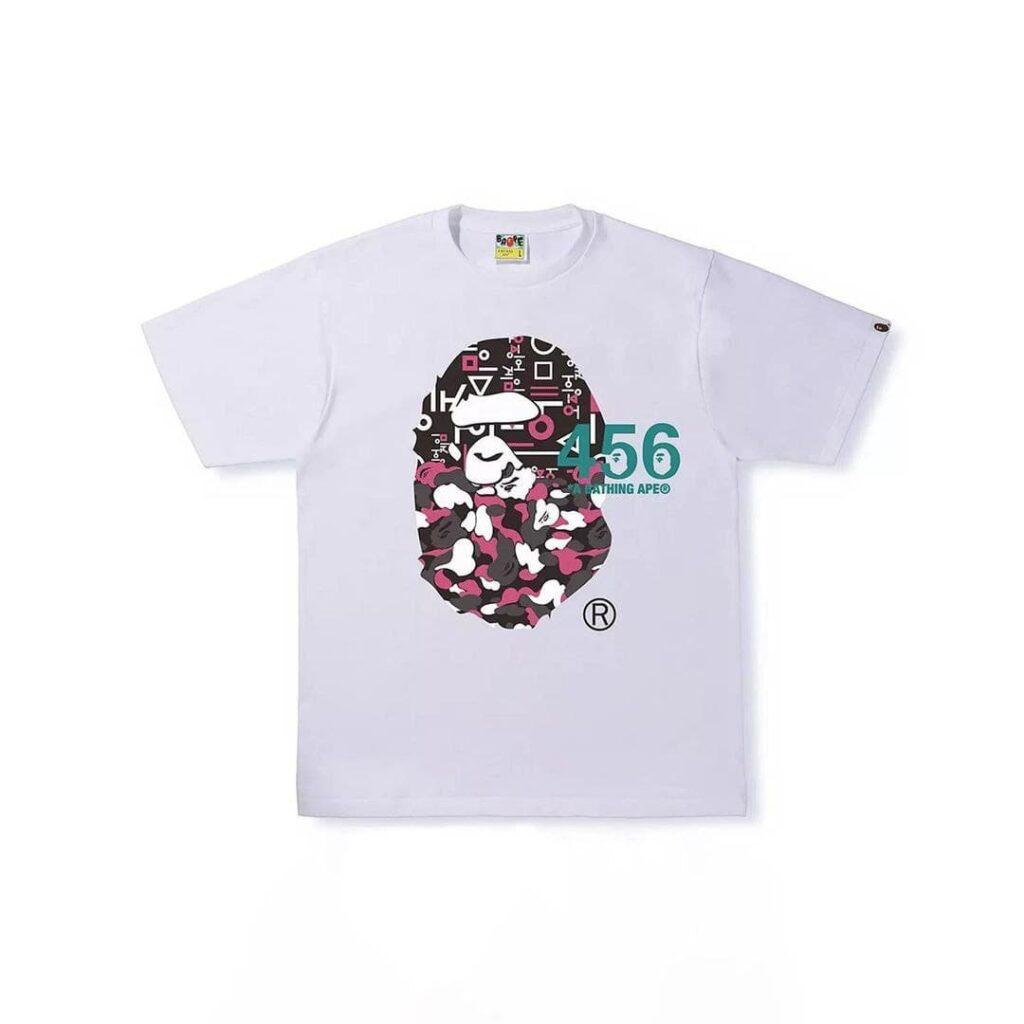 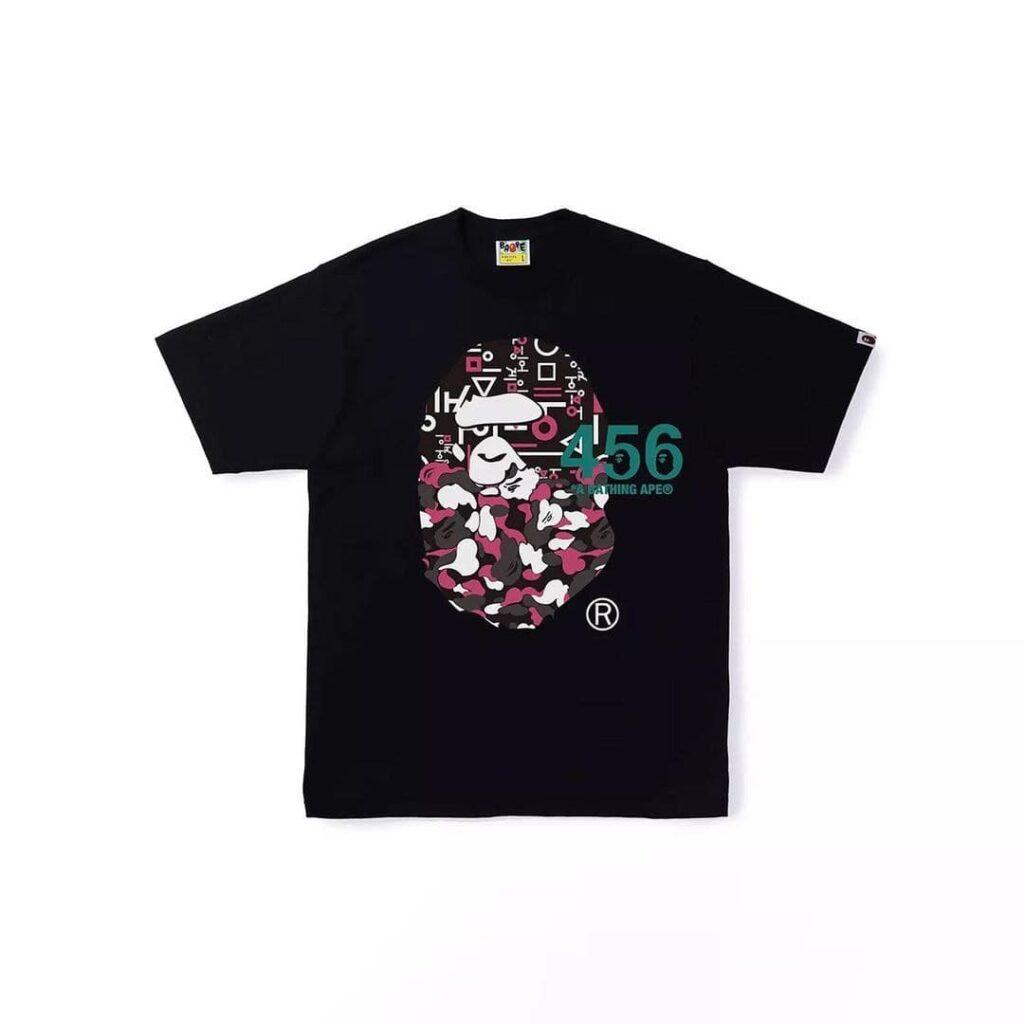 The other shirt pits their trademark mascot Baby Milo with the series’ notorious masked army. 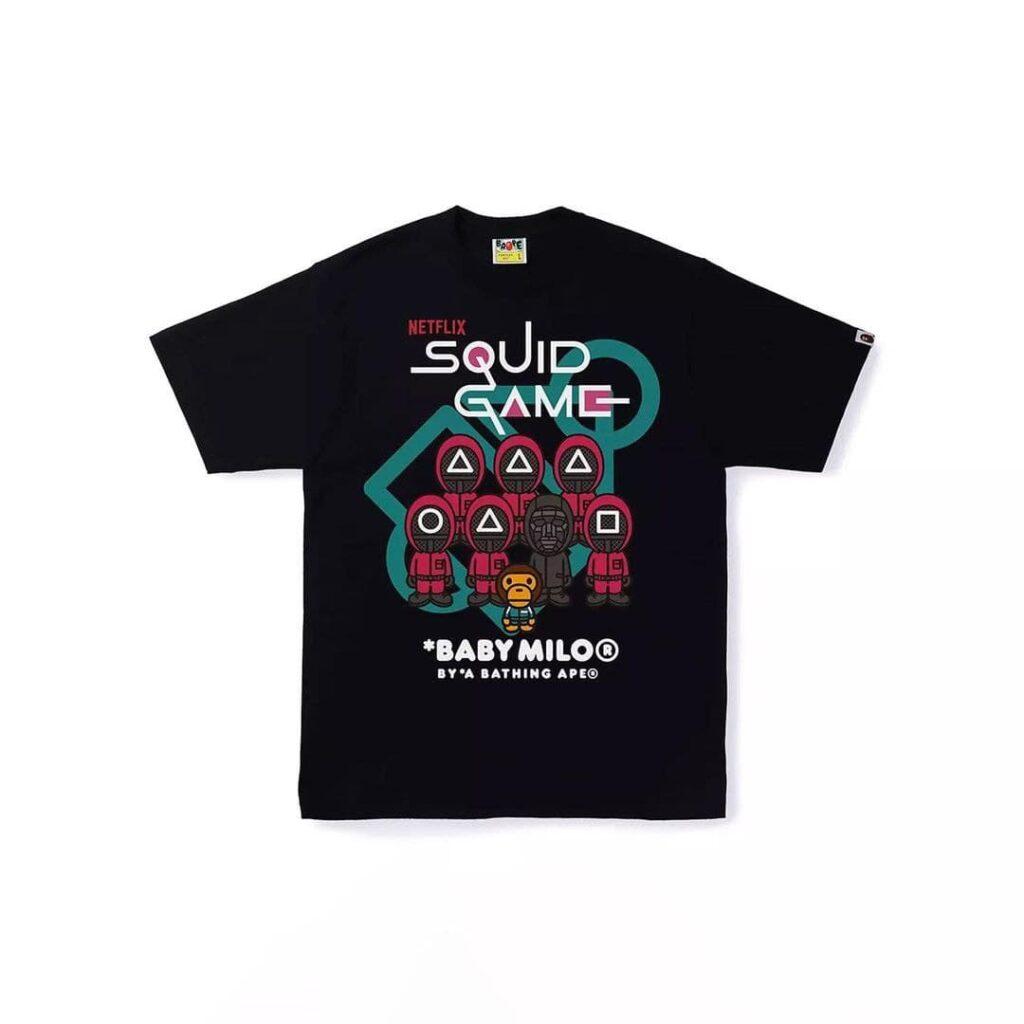 Netflix has attempted time and time again with merch that hopefully would connect with its fast rising fanbase. Though it would be safe to say that most aren’t really hitting the spot, this is a strong exception. 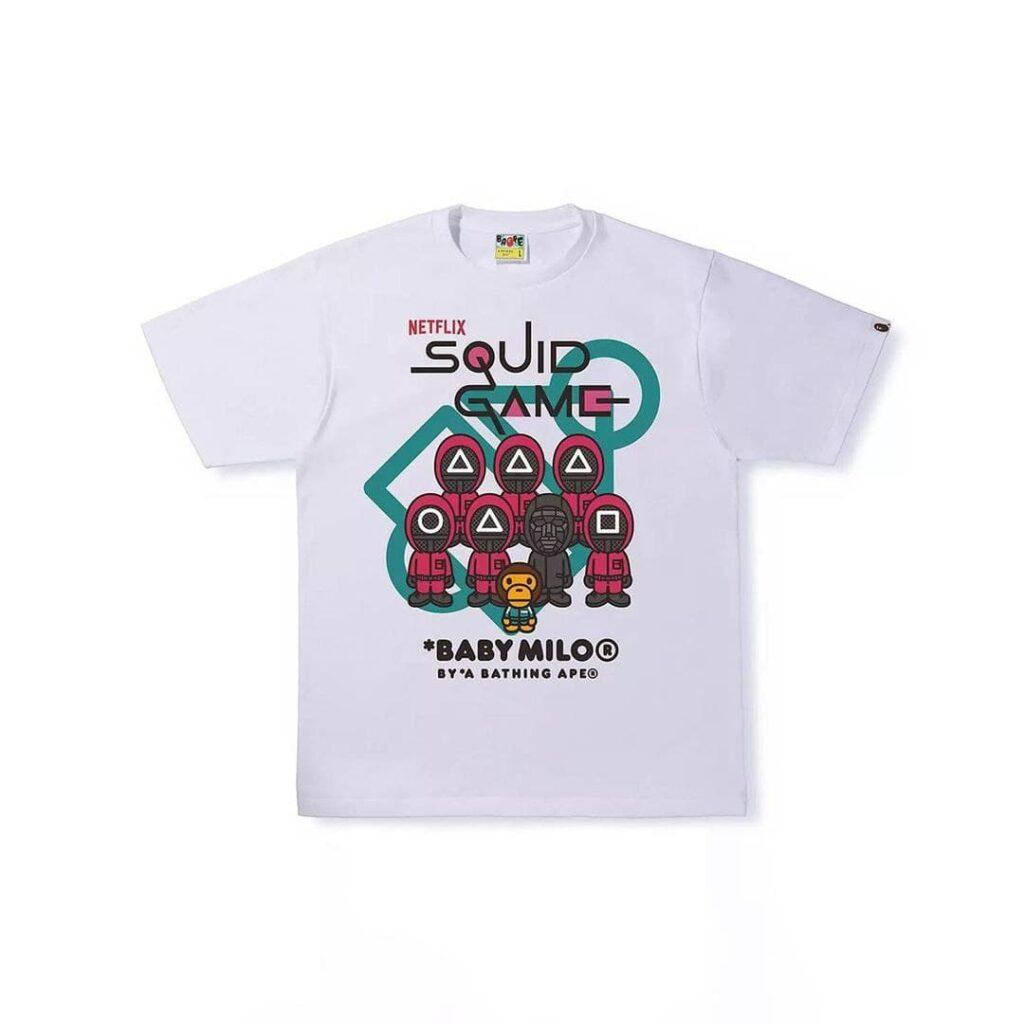 Is this a sign of bigger things to come? That an actual series from Netflix is putting its eggs in a streetwear powerhouse for that added cool factor? Are we looking at Supreme collaborating with Attack On Titan soon? Is that a looming possibility?