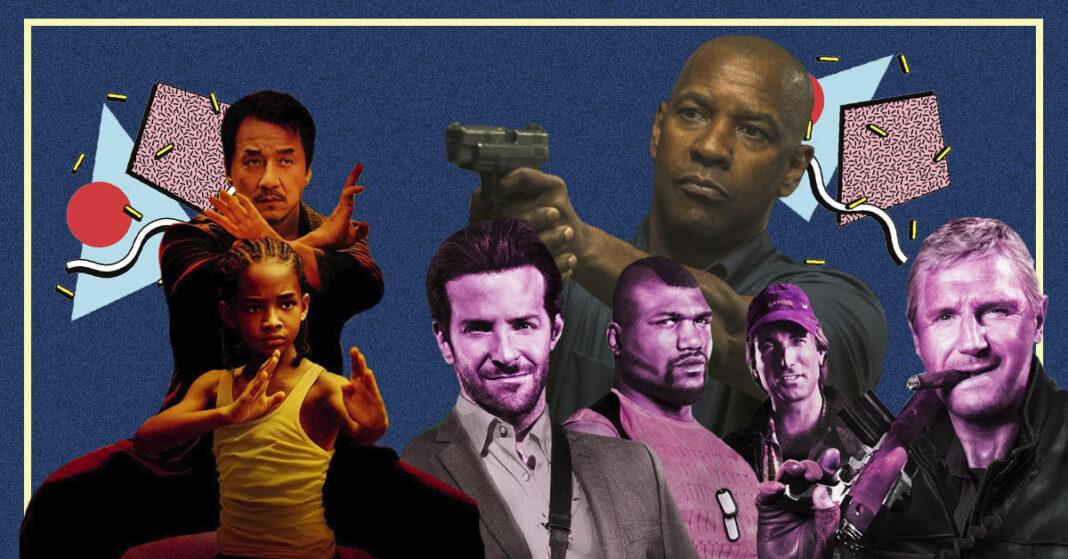 The ’80s has a great library of source materials that have inspired several reboots with many more to come, including the much anticipated Masters of the Universe: Revelation. Reboots and remakes have always been a fantastic way of retelling stories using new methods and fresh perspectives for the next generation of viewers. The starting point is always with the source material and the new director’s job is to stay true to the original while giving their own creative flare. As we ecstatically await the return of He-Man and Skeletor, it’s the perfect time to travel back to the ’80s, as we have scrounged up some films which you can watch now. Here’s our list of the best 80’s reboots on Netlfix:

The A-Team was a popular TV show that aired on NBC from 1983 to 1987 and follows former members of a fictitious United States Army Special Forces unit who are tried by a court-martial for a crime they did not commit. Throughout the 80’s series, the band of brothers set out to clear their names while protecting the poor and innocent from corrupt men.

The 2010 remake of this series follows a similar plot but desperately tries to squeeze the narrative into a 119-minute time frame. In doing so, it feels rushed and fails to build a rich and engaging storyline and characterization, while neglecting the heart and passion that made the original so popular. The remake’s success belongs to the men and women in the casting department. Liam Neeson, Bradley Cooper, Quinton Jackson, and Sharlto Copley, give phenomenal performances by not succumbing to the pressure of filling in the shoes of their predecessors. The action sequences and small comedic lines are also brilliantly done, making this film still worth watching.

Watch The A-Team now on Netflix

Pet Sematary, a supernatural horror film released in 2019, is a reboot of the 1989 film and is the second adaptation of the 1983 novel by Stephen King. The film follows a family that discovers a mysterious graveyard with supernatural qualities in the woods behind their new home. The plots of both reiterations are quite similar but the remake is a drastic improvement from the original due to the dark tones and atmosphere that it brilliantly creates for its viewers.

The performances of the cast are exceptional and provide a steady backbone for the film’s eerie plot and eventually builds up to a dark and creepy ending. The pace of the film tends to drag the story along in a boring fashion but eventually, the climatic tension in the middle shifts the story to a very satisfying ending. The film relies heavily on jump scares to push the genre along but the truly horrific moments lie within the last few moments — it may take time to get there, but trust us, it’s worth it.

The 80’s TV show, Miami Vice was ahead of its time due to its innovation and creative style which was unseen on the small screen at that time. It was able to break the typical police-crime troupes and can easily be considered as one of the Top 50 TV shows of all time.

The 2006 remake of the hit show had big shoes to fill. The action thriller film is directed by Michael Mann, who also served as an executive producer for the original series, and stars Jaime Foxx and Colin Farrell. It follows two Miami-Dade Police Department (MDPD) detectives who go undercover to fight against drug trafficking operations in the city. If you are looking for an artistic and aesthetically pleasing action film, this should be somewhere at the top of your list. The storyline and characterization of this reiteration, however, lacks depth when put side by side to the original. Nonetheless, this film is still worth seeing for an instant 80’s throwback which checks the right boxes especially in terms of cinematography and editing.

Denzel Washington stars in the 2014 reboot film, The Equalizer, and its sequel released in 2018. The film is loosely based on the 1980s television series of the same name and is centered on a former U.S. Marine turned DIA intelligence officer who returns to action to protect a teenage prostitute from the Russian mafia.

The film is an all-out gorefest and is an action-packed spectacle while at times bordering on over-the-top and non-sensical violence. The plot of the story does not deliver much and ends up being an over-complication of a very simple story. However, the visuals, acting performances, soundtrack, and action sequences make this film enjoyable. This reboot was able to secure the legacy of The Equalizer as Washington reprised his role for a sequel and currently, a television reboot starring Queen Latifah is running on CBS in the U.S.

Fans of the action genre will not be disappointed with The Equalizer as it will keep you glued to the screen from the start until the very end. It certainly deserves its place in our Best 80’s reboots on Netlfix list.

Watch The Equalizer now on Netflix

The Karate Kid remains to be a much-loved movie with a cult-like following which has produced several sequels, a short-lived animation series, and a brand new television show on Netflix — Cobra Kai. The 1984 film that kickstarted it all, was praised for its action sequences, riveting storyline, brilliant acting performances, and perfectly composed music.

The 2010 retelling of the 80’s classic centers on 12-year old Dre Parker, played by Jaden Smith, as he adjusts to his new life in Beijing, China. Dre juggles with typical pre-teen issues such as a prepubescent crush and a couple of bullies, which he must overcome with the help of Mr. Han, played by Jackie Chan. There are several noticeable differences in this remake such as the characters, setting, and the confusing use of kung fu which contradicts the title of the movie. Despite all of these changes, the movie is a satisfying modern update to the original with heart-warming scenes and excellent chemistry between Chan and Smith. This film opens the door for a new and younger audience to enjoy while respecting the original film which will satisfy fans as well.

Watch the 2010 remake of The Karate Kid, the original 1984 version and its sequel Karate Kid II released in 1986 now on Netflix

These ‘80s film offerings from Netflix will have to do for now as we are hyped up with excitement for the release of Masters of the Universe: Revelation on July 23, which we’re sure will be included in our list of the best 80’s reboots on Netlfix. Check out our article He-Man Returns With Masters of the Universe: Revelation for more details regarding the upcoming series. 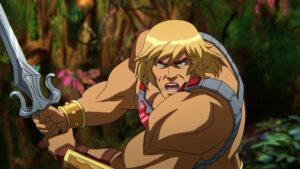