Our eyes and ears have just been blessed by The Weeknd and his newest music video with Take My Breath. Being his first single since the release of After Hours, the pop star gives it his all to create something like a high-production short film that tells the tale of a man and his lover. In line with his most recent projects, the utilization of a funky synthwave beat suggests The Weeknd is truly from a different generation of music. While the youth of this age missed out on the ’70s and ’80s best tracks, thanks to The Weeknd, they get a taste of what it was like through Take My Breath.

The visuals are composed of The Weeknd as he disco struts his way from the sunset to a dim-lit hallway that leads to a nightclub. Within the walls of the nightclub, partygoers are seen to be dressed in all-black outfits, accentuated by metallic accessories. Amongst the crowd, a particular female stands out and flaunts an instantaneous connection with the pop star.

As seen in the title of this hit single, breath plays an important role in the theme of both the audio and visuals. Evident in the music video, people within the party, including The Weeknd’s love interest, are seen sharing breaths from an oxygen tank. This creates a rather surreal moment as parallels can be drawn with the pandemic we are all currently battling through.

On a more creative note, the oxygen tanks people are taking their breath from can also represent the importance of pop music to our generation. Despite the current trials and tribulations, pop music sustains life in us, just like an oxygen tank would. 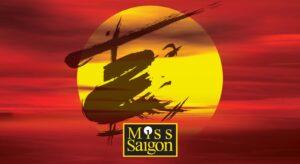 The Take My Breath music video is nothing short of an artistic expression by the artist, The Weeknd, and the director, Cliqua. From the opening sequence alone, a rich history of past films and plays subtly makes its way to Take My Breath’s YouTube video that has been viewed more than five million times over the span of a day. Just like the iconic sunset backdrop in works of art such as Star Wars and Miss Saigon, what we’re getting is nothing new. Yet, it’s refreshing to see similar scenes in modern art.

Overall, we have seen once again that anything The Weeknd touches becomes a catchy hit that tops the music charts. We can only expect more to come, but in the meantime, check out another music review on the Billie Eilish Happier Than Ever Album.