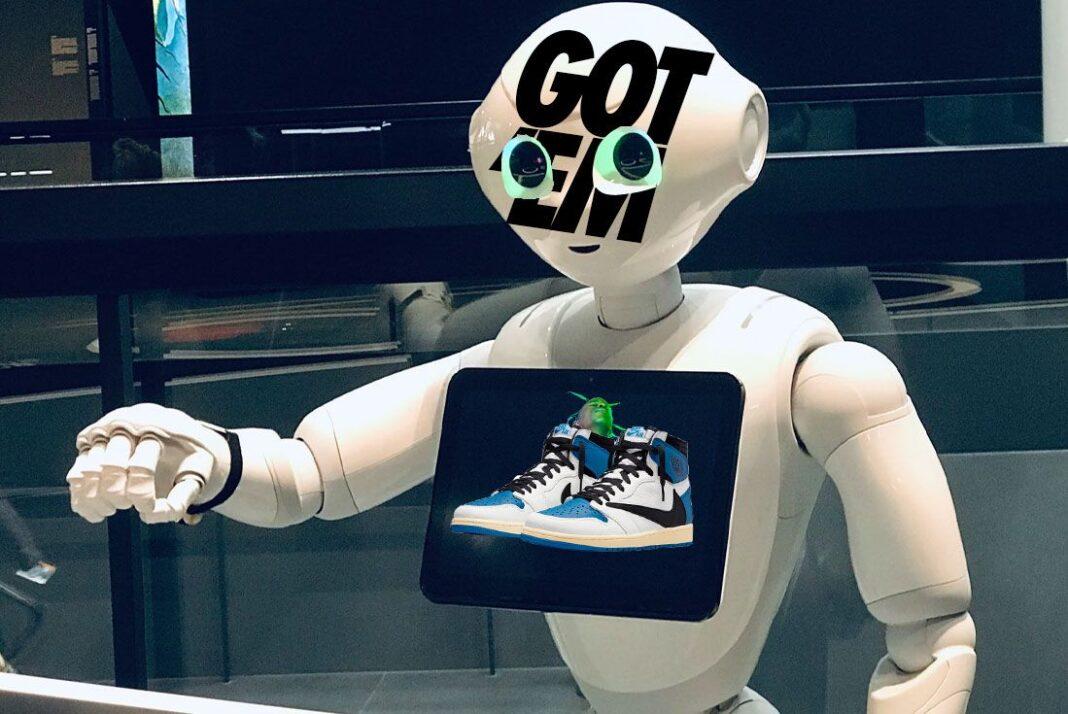 Who’s gotten L’s recently in sneaker raffles? Probably it’s like 99% of us! Whether it’s the bots or the cook groups out there or the backdoor method, for sure it’s not looking good for those who just want sneakers for the hell of it. We need to talk about it because no one really gets to buy the sneakers they want anymore–even if there are raffles involved!

Long gone were the days that you wanted a sneaker and the odds were 50-50, but at least you had a chance, a crack at it at raffles hosted by stores. Right now, sorry to say but we are in the era of the exploited consumer. Sorry to be blunt about it, but how come it takes so much effort now to get your name in? One prime example is the recent controversy-laden Fragment X Travis Scott Jordan 1 release.

A photo, a caption? What else? Why does it take so much from us to just join for a chance to win? After all, we are the consumers, without us, companies won’t have sales. A friend said it right:

Of course, there’s the crazy resell price with the recent Travis Scott Fragment 1’s which is now forking over Php 150,000 from its supposed Php 9285 retail tag–definitely a crazy Return On Investment. That’s also maybe why many people joining these “raffles” are not really sneakerheads, some are sad to say just in it for the money.

Also, there’s something about all that effort. Then you get surprised, seeing some random guy with like 3-5 pairs on Instagram. It’s disheartening and very discouraging. If it’s all about the clout and chances are, 20% of these sneakers aren’t going to be worn and enjoyed; they will be flipped and stored on some shelf awaiting more rise in prices.

As a “sneakerhead” myself, I am already becoming wearier and wearier of this scene. Of course, I love sneakers but then when your chances of owning something you want becomes a chore, you just become tired.

Power To The People

Of course, we cannot change the system, but our take is this… company loyalty is a huge factor in these product sales, once fans become angry and tired at this system, there are options. What options you might say?

Well, there can be a shift in brands. There are so many to choose from worthy of our money. There’s that practicality aspect that will drive people to just realize that these are shoes, and the higher the price they are fetching, the more unwearable they become. Unless you’re really rich which the majority of sneaker fans aren’t.

We’ve also heard of winning entries being canceled lately. How can that happen? Someone just ratted out on someone? It’s as if no one’s going to sell them… sheeeeeesh! On what grounds can your order and name be canceled. It’s just not that clear!

If there’s a raffle, There should be transparency. How many entries were there? How many pairs were up for grabs? How many are celebrities, how many size allocations were there! It should be fair and square as people want the truth.

Especially with shoes with such a coveted status, the brands owe it to be honest and clean. In all honesty, it’s just funny from this point on.

One post we even saw said: “Paano ba maging Friends and Family?” – that’s another topic though but yeah, we need transparency. We hope these shoe companies do something about it before we all get tired of it and move on.

All in all, it’s becoming so tiring and toxic and we’re hoping to see more consumer-friendly draws and less of these crazy turns of events.

Personally, I just learned to see new sneakers and never get them on hand simply because I’m not lucky in those sneaker raffles and I choose to give these shoe companies the benefit of the doubt–but that’s just me.

Looking for an easy cop? One sneaker we’d highly recommend that won’t cost you a kidney are the NB Numeric Margie Didal signature shoes–A must own in our book!