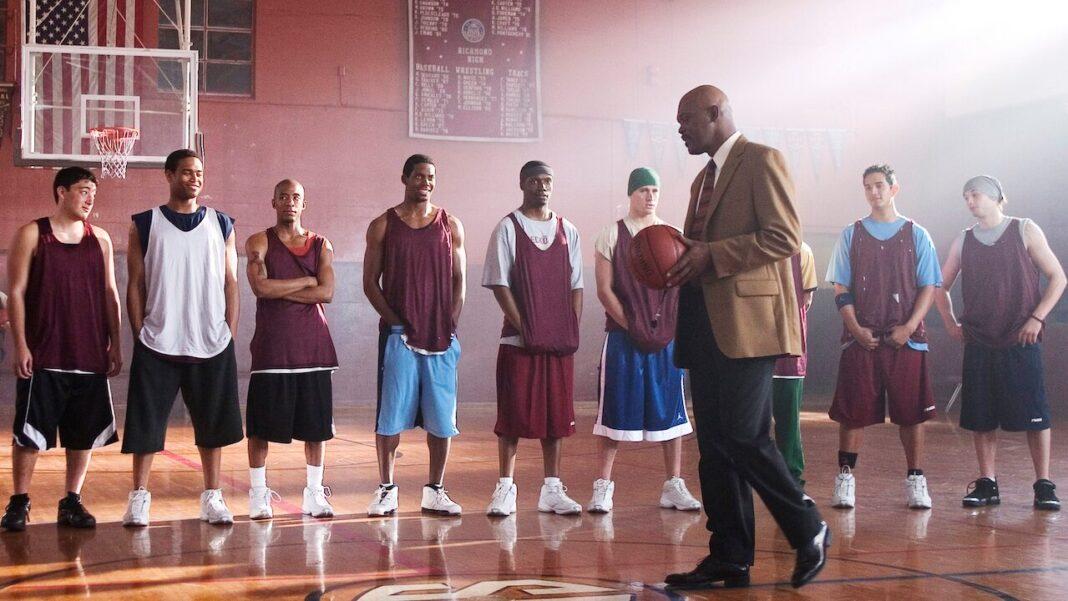 Olympic season only comes around once every four years. During this time, countries all over the world watch attentively as they root for their own home’s flag bearers. While some are lucky to watch the games in real life, most of us are stuck in the comfort of our homes, especially this year. Despite being home, our passion and dedication to our country transcend the screens we watch the Olympics from, making us feel we are present as well. What better way to embrace this time than to binge-watch the Top 10 Sports Movies Available on Netflix?

Champion boxer Billy Hope has earned his way to stardom by taking shots and returning them even harder. However, Billy soon realizes that he isn’t able to control all the shots headed his way. After a fatal incident, the undisputed light-heavyweight boxing champion of the world learns he no longer has to fight for the belt, but fight for his daughter.

Straight after coming out of 27-year imprisonment, Nelson Mandela faces the biggest task of his life – unifying a country divided by race as President of South Africa. With the remnants of Apartheid still very much felt, Mandela looks to the sport of rugby to put aside one’s differences and celebrate the country’s unity.

A Netflix original, Skater Girl is a coming-of-age film that discusses the themes of courage, confidence, and paving a way for people who come after you. Against all odds, Prerna (Rachel Saanchita Gupta) manages to steer the wheel of her own ship battling against a life bound by tradition and duty to her parents.

Two brothers fight in the ring for completely different reasons. However, it turns out that such reasons are more similar than expected when they face each other at the championship bout of a high-stakes Mixed Martial Arts competition. Battling with the wreckage of their broken family, the brothers learn that fighting can actually mend lost relationships.

Watch it on Netflix.
A remake of the original, The Karate Kid stars Jaden Smith who plays 12-year-old Dre Parker, who moves from Detroit all the way to Beijing together with his mother. As he’s culture-shocked with how different China is from his original home, Dre Parker has a rough encounter with the neighborhood bully, Cheng. In an attempt to stand his ground and fight back, Dre Parker builds a close relationship with the neighborhood maintenance man, who happens to know a thing or two about karate.

Another Netflix Original, Amateur showcases the story of a basketball prodigy in eighth grade (Michael Rainey Jr.). As he progresses through his journey of the sport, he quickly learns about the dark side of the industry. The film ditches an overdramatic portrayal of events, sticking to how things would unfold in real life. Overall, Amateur shines a light on the experiences that many young athletes tend to encounter.

As a forensic pathologist, Dr. Bennet Omalu (Will Smith) conducts an autopsy on former NFL football player Mike Webster (David Morse), where he ultimately discovers a neurological deterioration similar to Alzheimer’s disease. However, the existence of the newly discovered condition which Dr. Omalu names chronic traumatic encephalopathy opposes America’s love for the game of football. Led by his goodwill, Dr. Bennet Omalu goes on an impeccable crusade to make a difference.

Dodgeball features a huge cast of performers who have made their individual mark in the comedy genre such as Ben Stiller, Vince Vaughn, Alan Tudyk, and Justin Long, just to name a few. The film follows a group composed of misfits who must come together through their cherished local gym to take on a challenge. In order to save their gym from closing down due to the expansion of a corporate health fitness chain, they must win a very eventful dodgeball competition.

10. The Art of Self-Defense

After the horrific event of being attacked by a motorcycle gang, Casey (Jesse Eisenberg) takes it upon himself to join a karate dojo and learn the art of self-defense. Soon, he excels in the well-respected art and begins to attend night classes, where he naturally incurs a toxic alpha male attitude.

Thankfully, the list of Top 10 Sports Movies Available on Netflix doesn’t end there and we are looking forward to its continuous growth, as Netflix carries on to include more sports films in their wide array of choices. We can also look to other streaming platforms as well as they give us amazing content as well in the sports movie genre. This includes HBO Max, where its partnership with Warner Bros. Will give us King Richard, which tells the story of Richard Williams—the father of Venus and Serena—who coaches her daughters on their way to becoming two of the most legendary tennis players in history.

As that concludes our list for the Top 10 Sports Movies Available on Netflix, check out our other top ten lists: