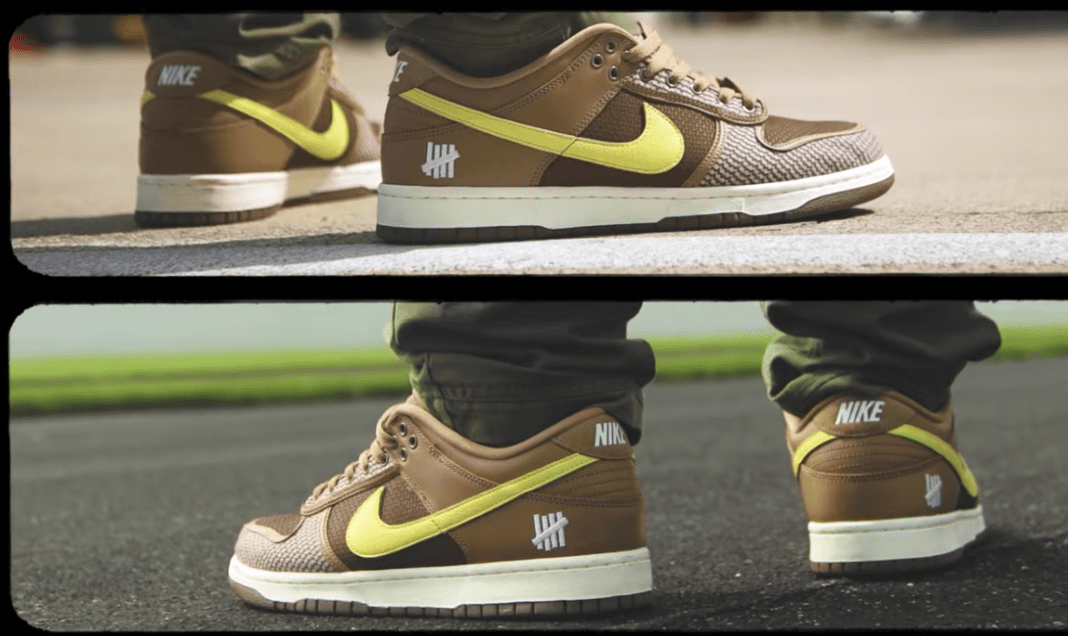 In recent times, UNDEFEATED and Nike have managed to be frequently brought up in the same conversation due to their collaboration for sneakers such as the UNDEFEATED x Nike Air Max 97, and the UNDEFEATED x Nike “Hall of Fame” Kobe 5 Protro. While both these sneakers have done a great job in representing both brands, it seems the partnership is not over. This time around, Nike and UNDEFEATED have joint forces once more to come up with their own iteration of a sneaker that has been making headlines recently, giving us the 2021 UNDEFEATED x Nike Dunk Low. 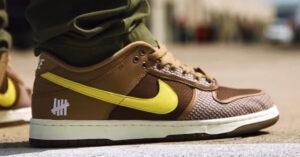 While the color blocking and patterns found on this sneaker may be a first for the newer generation of sneakerheads, the design is actually based on the UNDEFEATED x Nike “Inside Out Canteen” Air Force 1 released in 2006. The reason being, the upcoming UNDEFEATED x Nike Dunk is rumored to be a part of an Air Force 1 versus Dunk project, wherein colorways of both iconic sneakers are brought back to life in the opposite silhouette.

If you missed out on the UNDEFEATED and Nike collab almost 15 years ago, now’s your time to rock a very similar pair featuring a suede-based upper, with brown overlays and a yellow swoosh, topped off with UNDEFEATED’s signature five strike logo on the heel. With such a rich history behind the sneaker, the UNDEFEATED x Nike Dunk transcends the high resale prices it is capable of garnering. Instead, the sneaker represents the evolution of the shoe game and how history always manages to repeat itself.

Nike is yet to announce an official release date and price for the upcoming release. However, you can expect the sneaker to hit the shelves sometime in the Summer of 2021. While waiting for that, check out the Kobe 6 Protro Mamba Forever: Last Nike Kobe Sneaker?