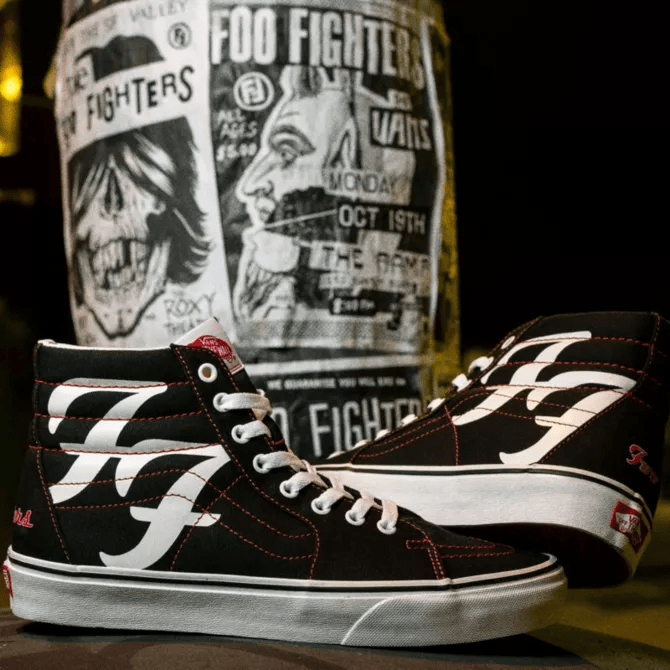 Aurora, Learn to Fly, and All My Life are just a few of the hits of the iconic American rock band,  Foo Fighters.  The band was founded in 1994 by Dave Grohl, Nirvana’s former drummer, and has since then earned various awards including a whopping 12 Grammy Awards. In time for the band’s recent 25th anniversary, Vans is dropping a special edition Sk8-Hi for Foo Fighters.

As Vans said in their official post, the Sk8-hi Foo Fighters “combines the legendary Vans lace-up high top with sturdy canvas uppers, pop contrast stitching, and the band’s logo screen printed on the sides and heels.” Aside from that, you get reinforced toecaps and padded collars for better durability and support and Vans’ trademark waffle rubber outsoles. 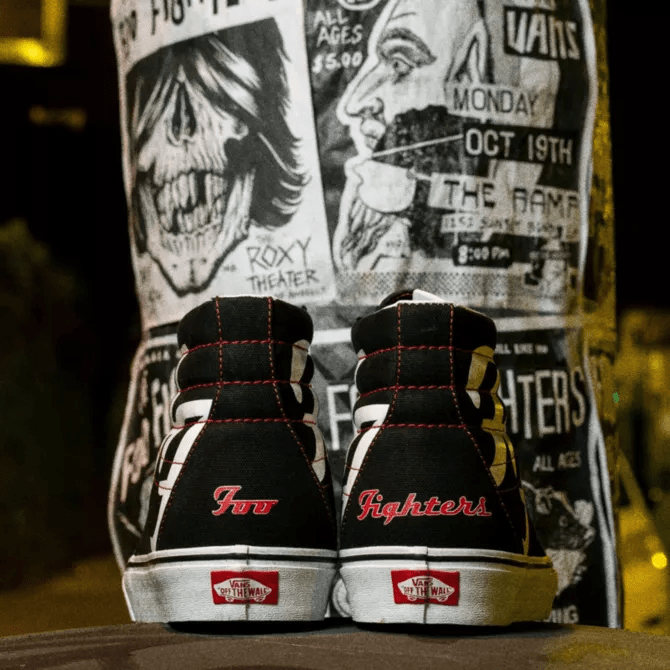 If you are a rock fan, an avid follower of Foo Fighters, or even just a casual Vans sneaker enthusiast, it makes sense that you would want to own this collective. The shoe gives its wearer a casual look with hints of warm and fuzzy nostalgia that screams 90s.

Honestly, all of these throwback-themed streetwear lines are giving me feels of a time when it was simpler and people could still shout their lungs out at concerts.

The New Normal For Live Concerts and Shows

Don’t forget to check out Van’s other themed lines like the Where’s Waldo and Simpsons collections.