Home Editorial Why Morbius Bombed at the Box Office?

Reviews, even our own, still come from a very subjective point of view as a variety of factors can affect why a certain critic would find a film or show either amazing or unsatisfyingly terrible. One may recall one of our recent reviews on the Sony and Marvel film Morbius which garnered a score of 3 on our Hype Meter. On other notable movie review sites such as Rotten Tomatoes, the film managed to receive a 17% rating. Despite what critics had to say, however, Morbius received a re-release in cinemas in the United States but ultimately bombed once again at the box office. 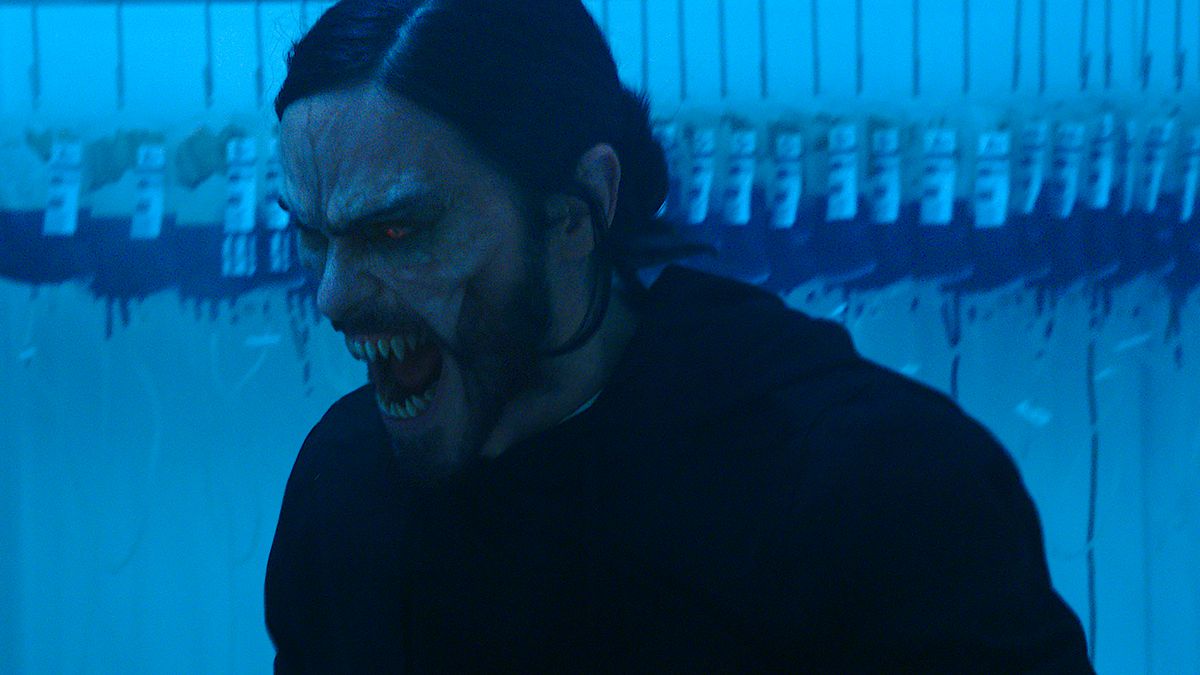 During Morbius’ premiere, due to its lackluster performance in cinemas, the film, story, and characters quickly turned into a meme sensation. This prompted Sony to take advantage of the publicity and infamy by deciding to re-release the film in select cinemas throughout the United States. This last-ditch effort on the part of the studio and filmmakers however didn’t yield the results that they were hoping for. Instead, Morbius flopped once again and in a way proved the critics were somewhat right with their reviews. 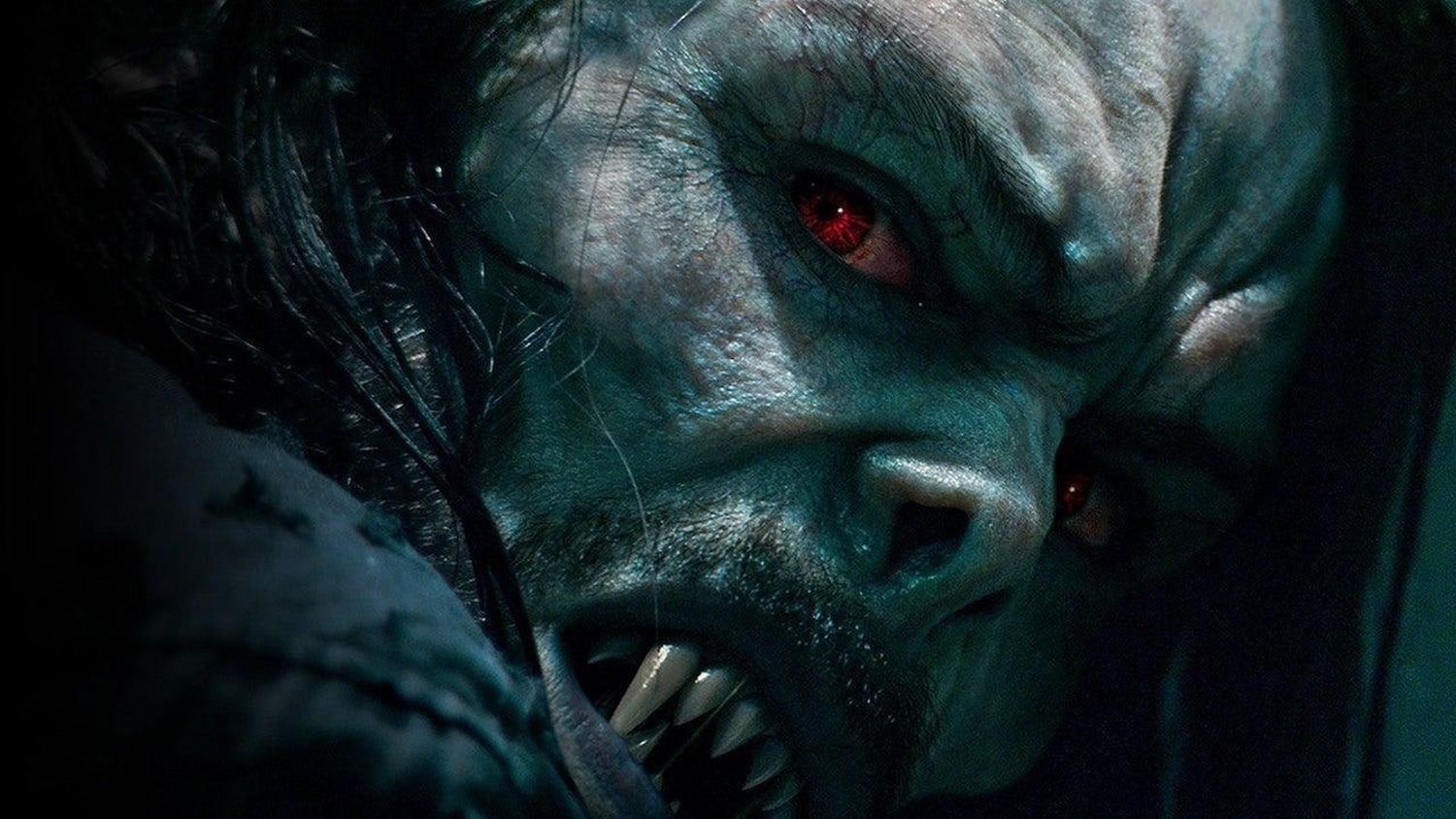 Morbius’ return to the cinemas produced abysmal results. Despite being shown in over 1,000 theaters in the US, Morbius ended up earning only $85,000 last Friday, that’s an average of $85 per theater. It ended up earning $280,000 throughout the entire weekend which would mean an average of $280 revenue per theater. That’s a surprisingly low level of income given that it’s technically still a Marvel film. This re-release is unsurmountable proof that Morbius is a 100% flop of a movie. We at This Is Hype are still left with two questions: 1) Why was Morbius bombed in the Box Office Sales, and 2) What’s the reason for the re-release of an already flopped film? This article aims to answer the two aforementioned questions.

Why Morbius Bombed in Ticket Sales?

The main question on our minds is in regards to the bombed or flopped status of Morbius. Was it really all that bad? The answer to that isn’t a simple yes or no. As seen in our review, there are several aspects to the film that didn’t really bode well for Morbius as a whole. While there were some aspects to it that served as a small glimmer of hope for the film — such as the performances of Leto and Smith alongside the quick pace of the film’s plot — overall when everything came together there were sadly more cons than pros for Morbius. The list of negative elements for the film includes the inconsistencies in the overall visual direction such as the CGI effects and makeup; the overly used darker tones that weren’t as consistent with the direction of the film; the lazy direction and overall story; and finally the overly rushed character development.

You can check out our full review to find out more about the film: Morbius Review

Pressure From The MCU 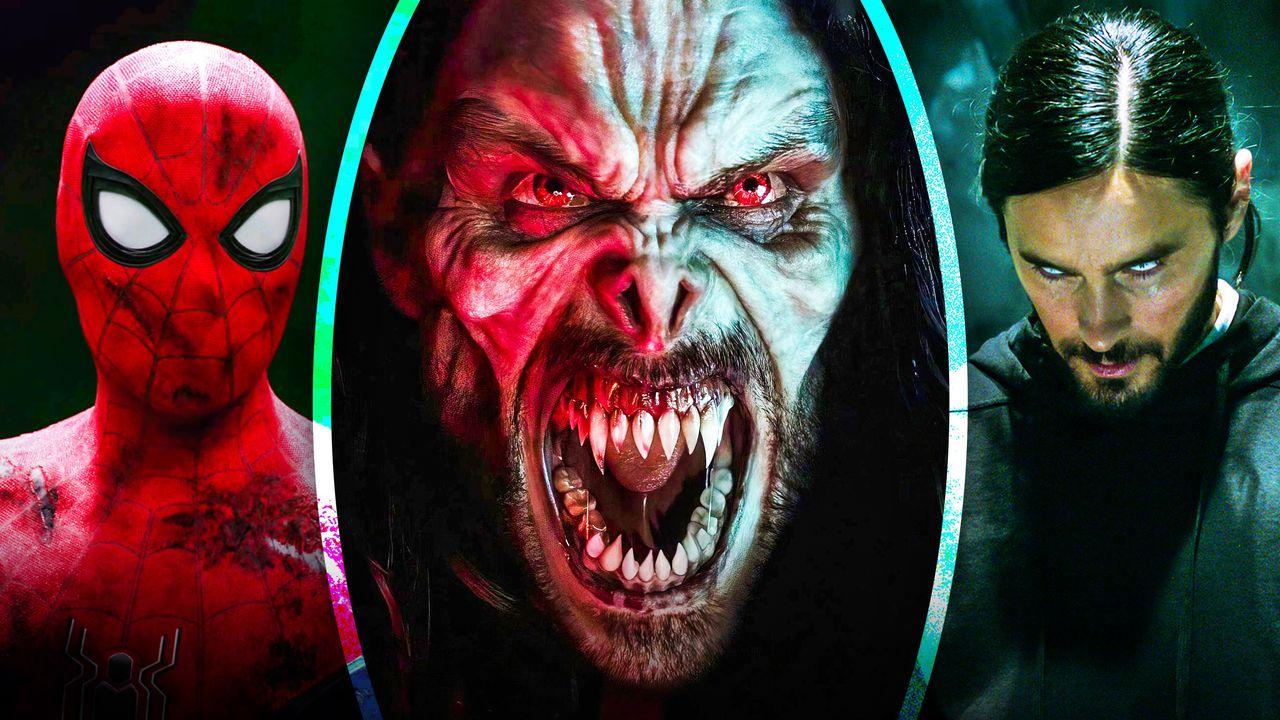 These elements point to why critics found the film below par and serve pretty much as an explanation for the panned nature of reviews. Another contributing factor however to the whole Morbius flop situation is the hype and bar set by the MCU. This basically means that the timing and cards that Morbius has dealt were really not in their favor. While the film sets up a possible merge with the MCU storyline as seen in the post-credits scenes, this wasn’t enough to elevate the monstrosity of errors that the film went through. The connection to the MCU was the only positive component that the film was able to deliver which in turn made the rest of the story a grueling and unnecessary ride. Morbius could have been a quick one-episode origin story that establishes the character’s connection to a bigger story at play. Instead, we get an overly long exposition that despite its simplicity failed to really grab our attention. 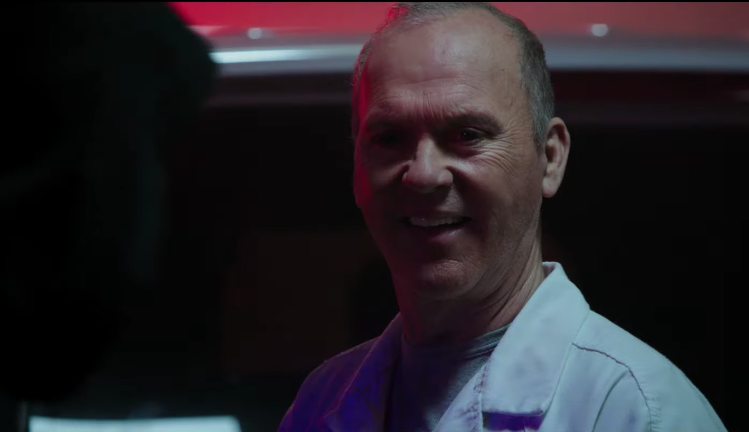 As mentioned the pressure was on Morbius even before it started to drop in cinemas. The complexities of the whole Marvel universe — being part of different distribution companies — places a somewhat preconceived idea of how such films may turn out to be in the end. There are high expectations and hopes for those under the Disney brand while admittedly films that are perceived to be outside of the MCU main story arc don’t necessarily receive the same attention or hype from fans. This supposedly all changed when Spider-Man: No Way Home stepped into the limelight as all the other franchises such as the Venom, Fantastic Four, X-Men, Ghost Rider films, and even Ben Affleck’s Daredevil, received a second fighting chance. Morbius was the first film to come out right after No Way Home and the comparison between the two films was just inevitable. It’s proof of wrong timing indeed. 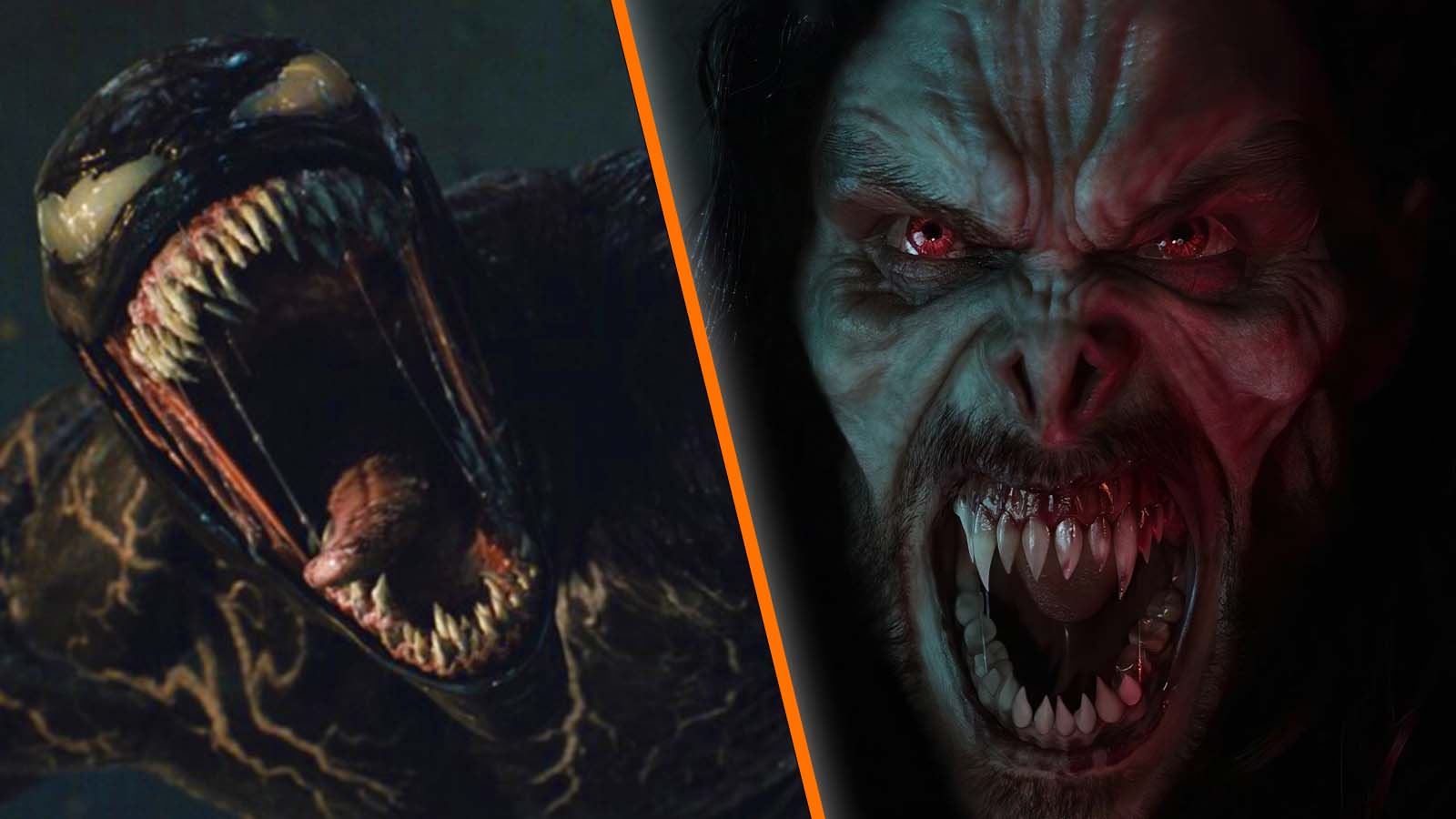 The antihero storyline also posed several problems to the success of Morbius. This film isn’t the first time that a known villain takes the spotlight with their own feature-length film. We have seen this with Venom from Marvel and The Joker from the DC side of the comic book and film world. Other than the latter, Marvel hasn’t had much success with films that dive into such a format. The presence of such films however has been rumored to paint the picture of a future Sinister Six team-up or film which is made all the more possible with the confirmed release of Kraven in the near future. Villains have their own stories to tell. It is however difficult at times due to the sheer seriousness that these stories dive into. The regular composition that Marvel utilizes isn’t all that applicable for such stories and therefore Morbius’ darker tones were necessary — it just lacked the much-needed attention and execution in order to be successful. In order for such films to succeed, Marvel and any distribution company that aims to take hold of such projects must ensure the quality of the storylines in order to bring the best out of these famous antagonists and their road to villainy. 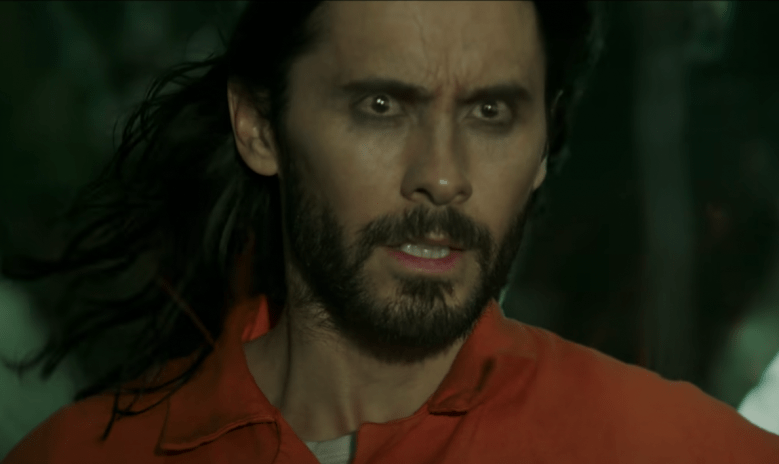 One of the memes that circulated online took a stab at Jared Leto and his track record with superhero movies primarily due to his performances in DC’s Suicide Squad as the Joker and now as the titular character in Morbius. I must briefly point out that Leto just like in his portrayal as Joker, did the most with what he was dealt with. It must be said that the flopped nature of both films is just mere coincidence rather than defining moments for the actor. Leto was actually one of the highlights in the film despite at times delivering a very anemic-looking performance, his acting styles and choices weren’t at all the downfall of Morbius. He stuck to his guns and delivered a pretty average performance. He pretty much tried to carry the film to a level of success but sadly in the end, ultimately fails due to the unsurmountable flaws that Morbius had.

Why Order A Re-Release? 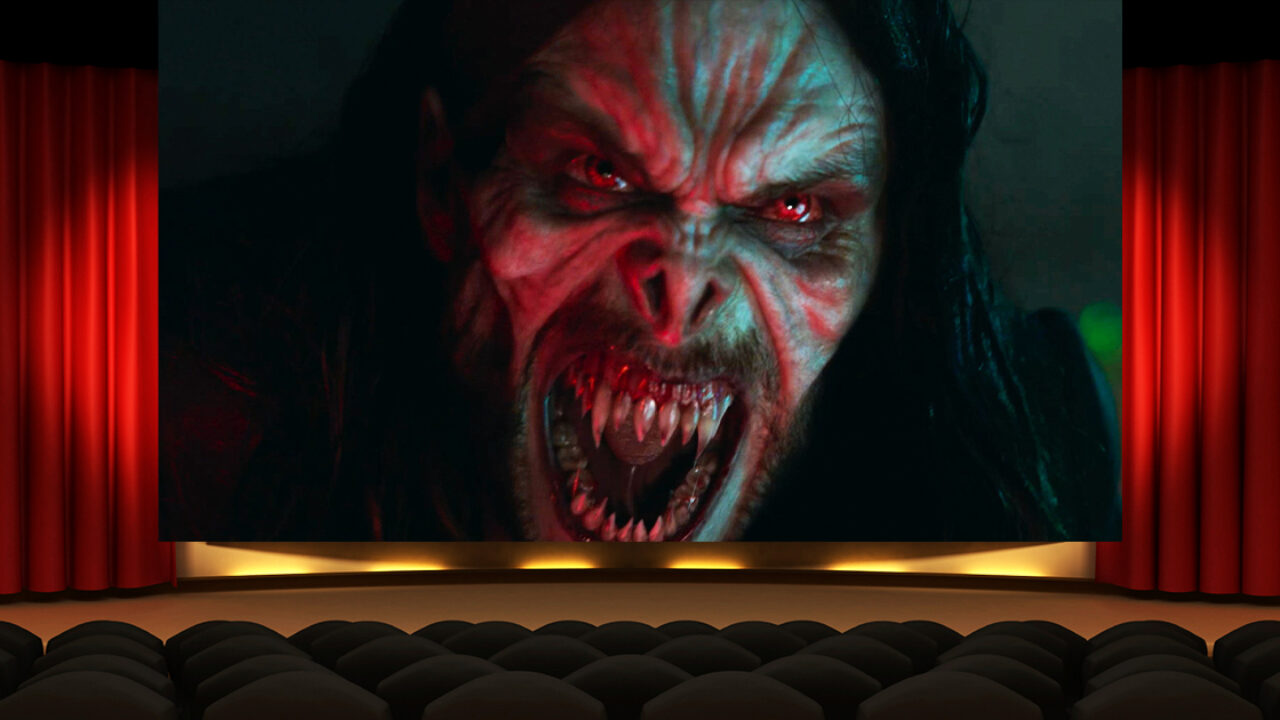 I was honestly surprised by this sudden decision to re-release the film in cinemas due to the already negative reception that it initially garnered. It would have been understandable if a film that performed significantly well was given a re-release. The move for Morbius was however quite baffling. The usual reason for re-releases of films however would first and foremost be for the most obvious reason garnering more views and profit. This is a move that was done often during the pandemic as some films have been said to have suffered in terms of their sales due to the restrictions brought about by COVID-19. 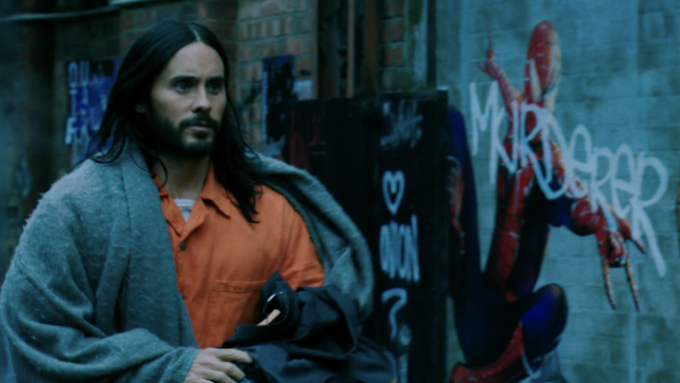 Another plausible reason for doing so which may be an applicable case for Morbius is to ride the publicity and wave of feedback that the film garnered through its first release. Albeit the feedback was on the negative side but as the saying goes, negative or positive publicity is still publicity nonetheless. This however didn’t yield the results that the producers and company hoped for as the abysmal ticket sales clearly point to it.

Lastly, there is of course the hope for the film to proceed with a sequel which more often than not is tied closely to how the first film performs. It’s not easy to say entirely if Morbius will be green-lit for a sequel given that it truly bombed at the box office but the re-release may have been an attempt to draw in more people to view the movie.

We shared our thoughts and opinions regarding the film and by the looks of it, many people seem to have been in agreement as Morbius despite a second chance, still bombed once again in its theatrical release. As of now, the future of Morbius is uncertain but here’s hoping for more of the character with a cleaner and better execution the next time around should the character be given a chance at yet another film.