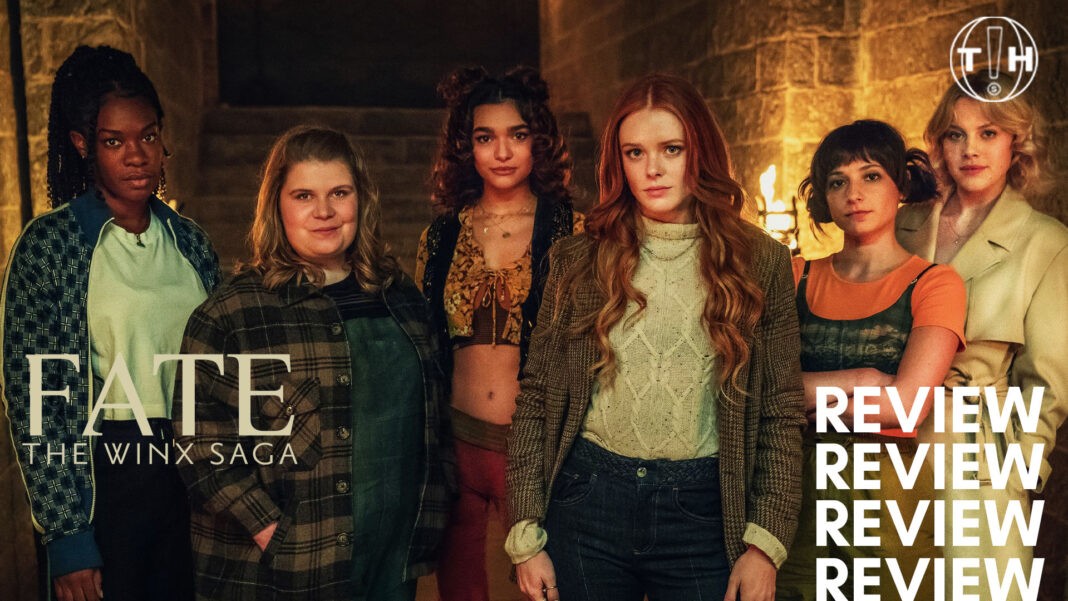 Fate The Winx Saga didn’t kick things off in the right direction. Yes, the show definitely showed a lot of promise in redefining and modernizing the world and character of the popular animated show from Nickelodeon. The first season however was a bit on the sluggish and mediocre side. It wasn’t terrible but it wasn’t the best way to start off a new series either. Our fingers are crossed for Fate: The Winx Saga Season 2, as we hope that it would be the much-needed redemption for the show which we will hopefully try to answer in this review.

Fate The Winx Saga Season 2 Review: Where Were We?

As mentioned, Fate The Winx Saga is a live-action adaptation of the animated series from Nickelodeon, Winx Club. Just like the source material, the Netflix show follows the story of a group of fairies who attend a school called Alfea. The show focuses primarily on the stories of Bloom (a fire fairy), Stella (a light fairy and a princess of her world of Solaria), Aisha (the athletic water fairy), Terra (an awkward earth fairy), and Musa (a mind fairy who has the ability to be able to feel the emotions of others). 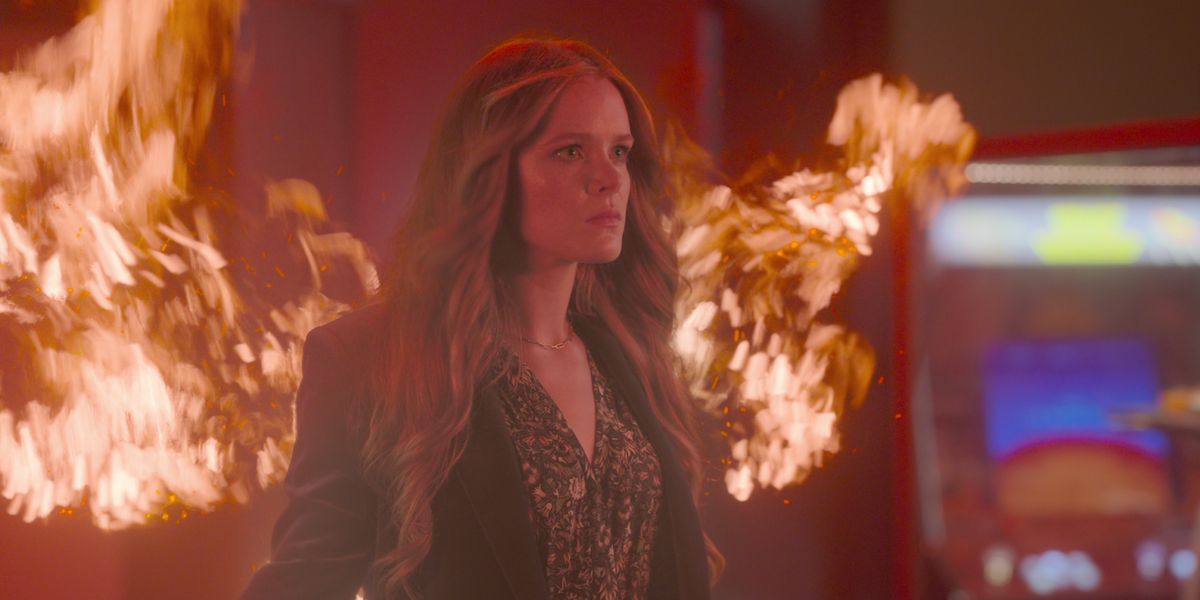 Unlike the source material, however, Fate: The Winx Saga dives deeper into the origin stories of certain fairies as well as having a couple of elements being modernized and altered. The first season of Fate primarily revolves around Bloom’s search for the truth behind her fairy powers given that she is the only one in her family — both her parents being regular humans. Her quest for the truth finds her uniting with her roommates/friends to fight against an evil force in the form of the Burned Ones as each step that she takes in uncovering the truth leads them all into even greater peril. Throughout the first season, we are also introduced to other characters that the girls encounter such as their mysterious fairy classmate with hidden intentions, Beatrix, the headmaster, Dowling, and some of the girl’s love interests such as the specialists Sky, Riven, Dane and Terra’s brother/fellow ground fairy, Sam.

The first season ends with Sky’s mentor and fencing teacher Silva being arrested after admitting that he killed the former’s father, Andreas, who isn’t really dead.  Headmistress Dowling also supposedly dies at the hands of Rosalind, the former headmistress of Alfea who has ulterior motives involving Bloom. Rosalind together with Andreas takes over Alfea after all the said chaos. Season two immediately kicks with all these changes in the regime and administration of Alfea as a new threat emerges.

While we did reveal a couple of plot points and spoilers from season 1, we will keep this specific review of Fate: The Winx Saga Season 2, free from spoilers. We will instead fix our sights on talking about the continuity, tonality, and acting chemistry of the principal cast.

A Young Adult Kind of Story 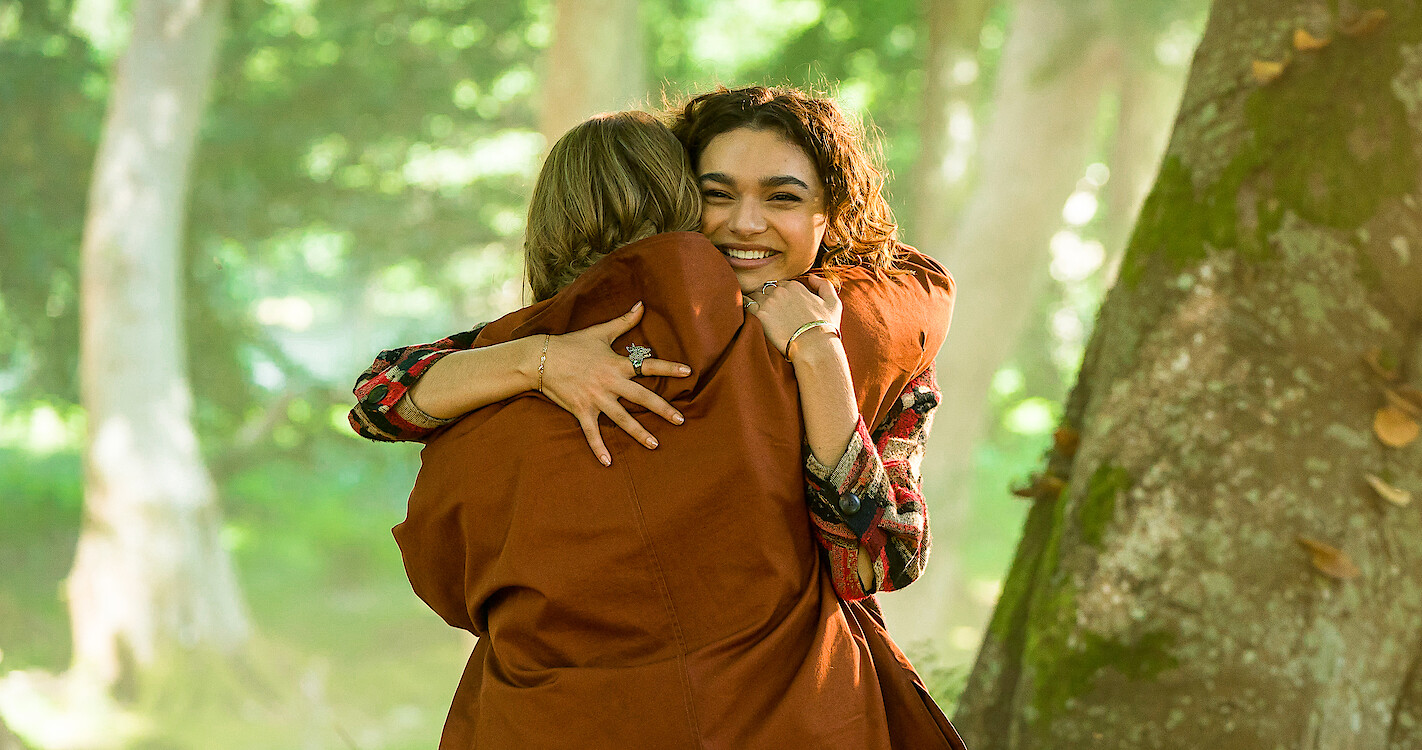 Just like its first season, this new installment of Fate feels like a mashup of several young adult films that have come out in the past years. Overall in terms of the show’s tonality, we as viewers get resemblances of Harry Potter, Hunger Games, The Divergent franchise, Shadow and Bone, and even the Mortal Instruments franchise. These influences and tones are carried throughout the story and even visual treatment that it honestly becomes increasingly difficult to shake the fact that this show feels so familiar. 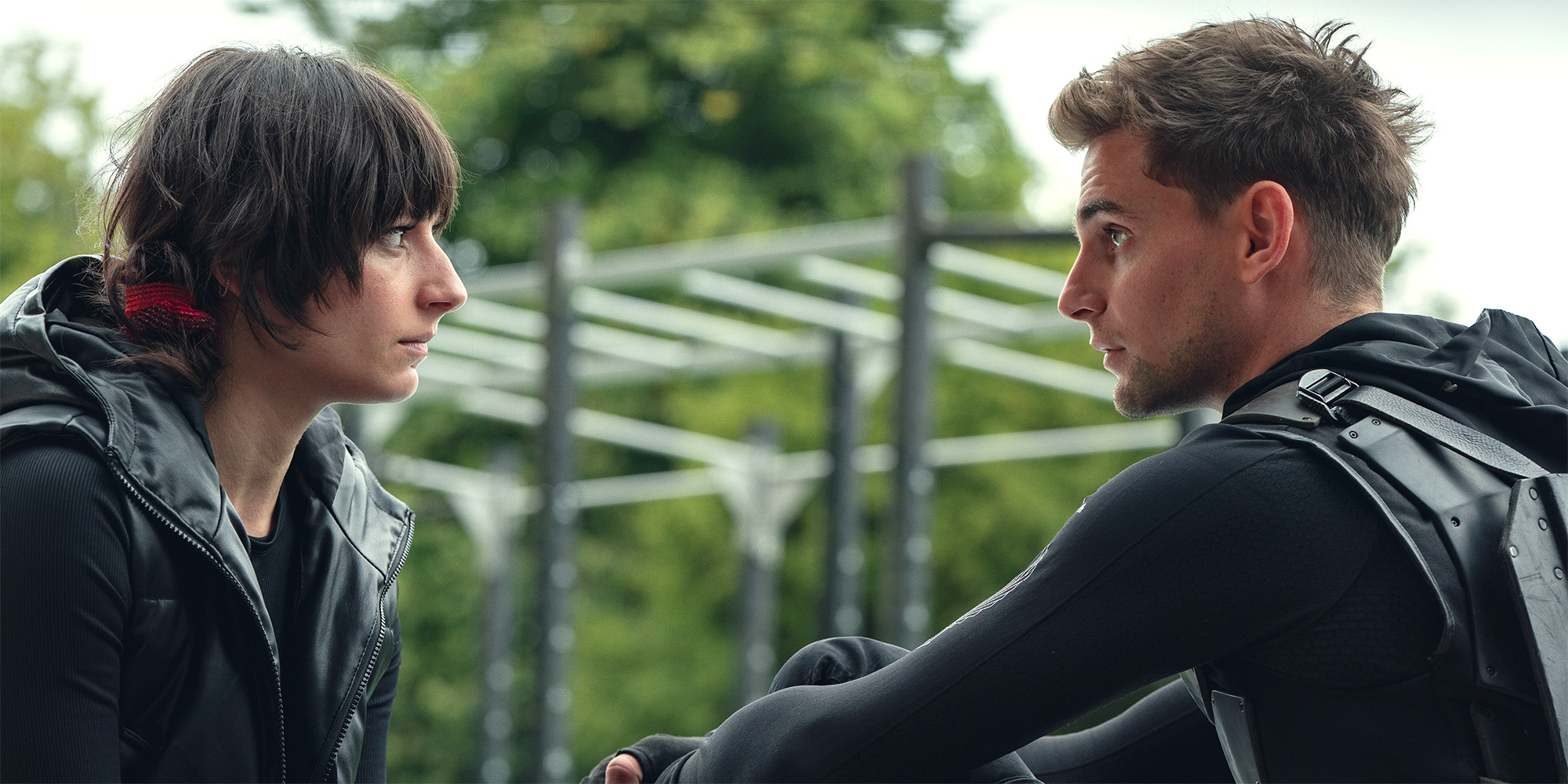 In terms of its story, the show revolves around teenagers who all get caught up in various issues while also uncovering more about who they are and their skills as fairies. They get engulfed in romances and a variety of problems that revolve around the supernatural. This particular season, therefore, feels more like the Divergent franchise with the specialists sporting similar outfits as those in the Dauntless faction. There is an almost athletic and youthful mood that this series dives deeper into while also adding more darker tones and themes as it even has resemblances of Gossip Girl-Esque threesomes and a variety of different kinds of relationships. The season kicks off admittedly in the right direction as the pacing of the first few episodes is just absolutely done to a t with enough action suspense and drama. As it progresses, it tends to drag its feet with a 7-episode story arc of roughly 50 minutes or more each. I immediately got the feeling, however, that this new season has more to offer and has had enough time to fix the issues and inconsistencies in the direction that the first season delivered. The stakes have been increased several notches and therefore in terms of the story alone, this season proves to be a huge improvement and a step in the right direction. 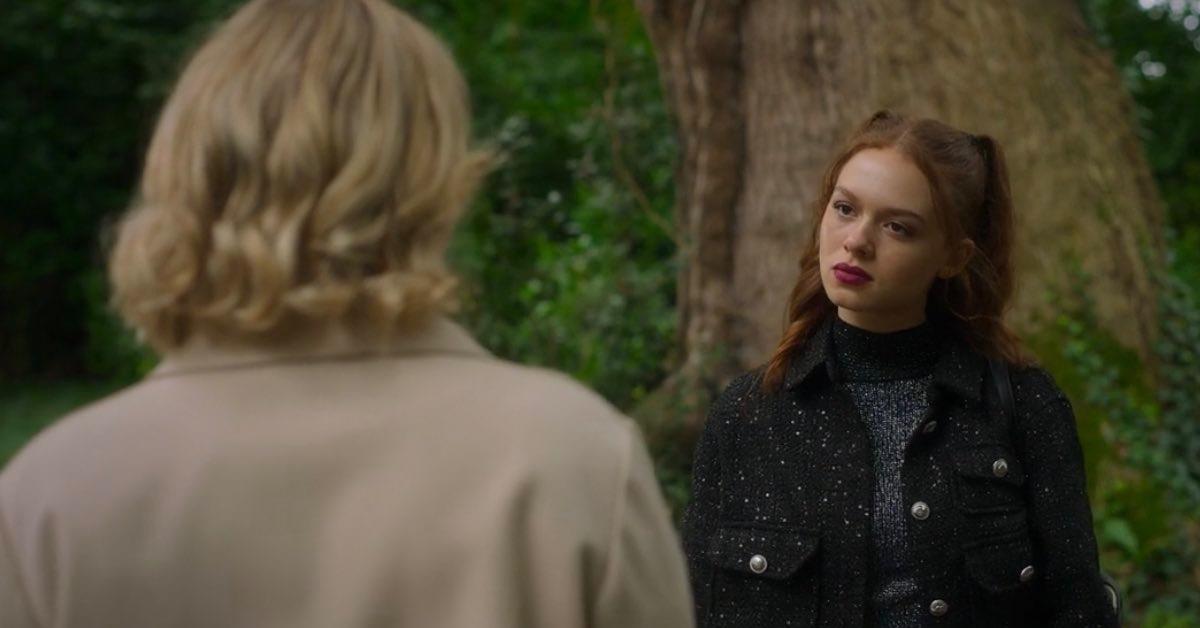 In terms of the visual aspect, the first season had its fair share of ups and downs especially when it came to the special effects department. The visual tone, color-grading, and overall aesthetic are heads and shoulders better than the first season with a more consistent look. The darker qualities are paired seamlessly with the vibrant colors and magical components that the show heavily relies on. This can be seen not just in the exhibition of powers from the fairies but as well as the actual world that is showcased as they are brought to life effortlessly this time around. These components again point to the young adult-type feeling that the show takes on but it’s also done in a manner that doesn’t become overbearing or too much. There is enough subtlety that is exhibited which allows the story to full take place while creating a very immersive experience.

Is Continuity An Issue? 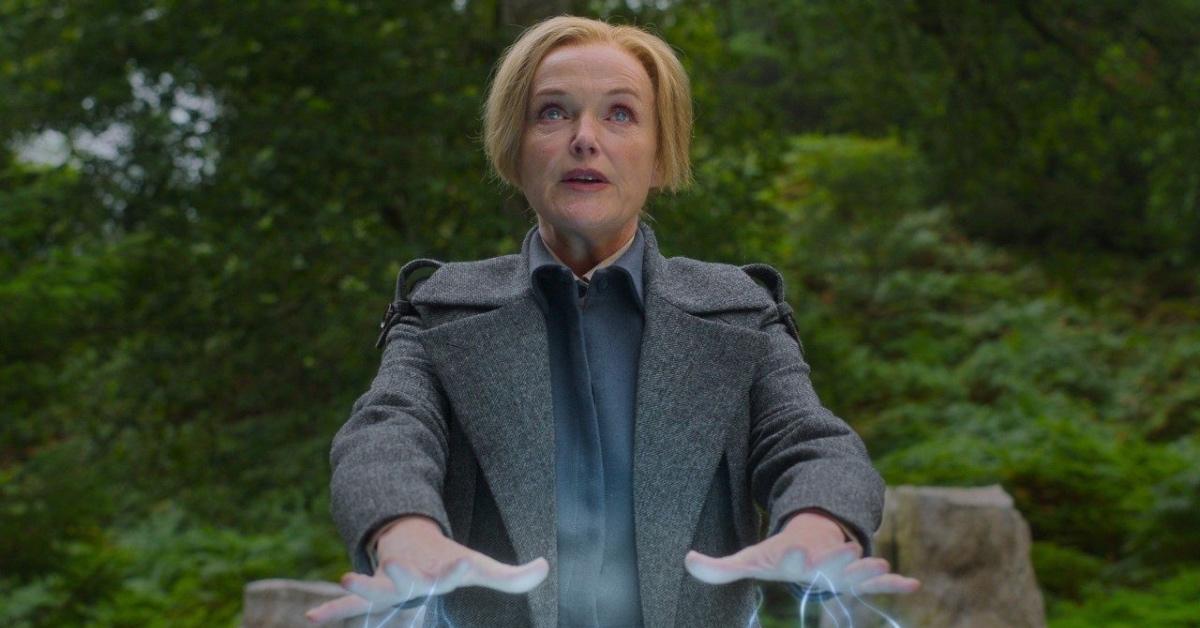 Fate as mentioned has gotten increasingly better than its predecessor of a season. A lot of improvements have been made especially when it comes to being consistent. But how about the continuity of it all? One of the biggest and most noticeable changes is in regard to one of the main roles in the show. Previously, Lesley Sharp played the mysterious and villainous Rosalind Hale who has been swapped with Miranda Richardson for this season. Admittedly it caused a lot of confusion on my part. We won’t dive into why such changes occurred but we will, however, focus on the effects of it on the show. I must admit the change, despite being very noticeable, was a much-needed one. Richardson was able to add depth and stature to the character that Sharp lacked. Don’t get me wrong, Sharp was mysterious but it was somehow difficult to take her seriously which is in complete contrast to what we are given in the second season. We get a character with authority and poise but one that is also very unpredictable which in turn keeps the show alive. 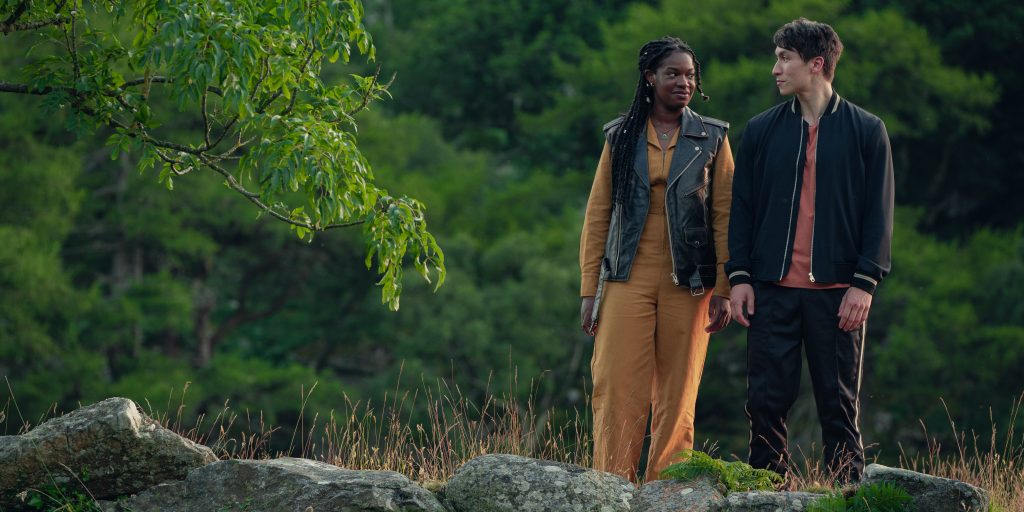 This is probably one of the big continuity issues for this season but one that Fate actually benefited from. The story in itself for season 2 has the tendency to become a tad bit on the predictable side. It still however becomes interesting to watch despite such tendencies. It does put in the effort to keep the story ever-transforming and engaging. It tries to inject as many twists and turns as it can. It does however fall into the cliffhanger per episode treatment which is a pretty common technique for most TV shows but there is the tendency for Fate to overdo it as each episode tries to bring viewers into the “I must watch the next episode” trap. 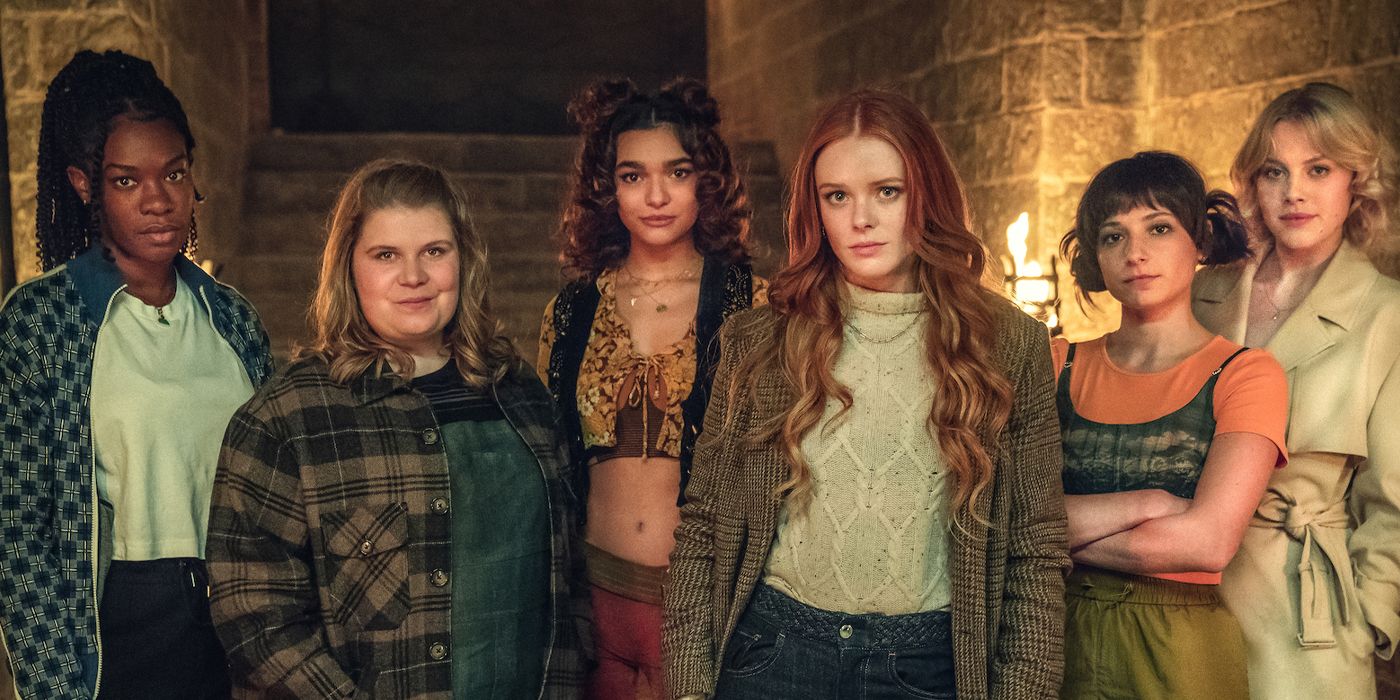 One of the successful elements that Fate also manages to accomplish is the overall casting of its characters. The characters in themselves have a lot of baggage and drama but the casting of these actresses also suits each individual character that they are assigned to portray. “Magic” is also achieved when we see them as a collective as there is just a rawness and positive energy in seeing their bond evolve from the first season and especially here in the newest installment. They just effortlessly compliment one another which makes the show all the more exciting and fun to watch. The same actually can be said for the rest of the supporting cast members as well from the specialists down to the key staff members and instructors of Alfea. Each one from Beatrix, to Dane, Sky, Riven and Saul Silva has their own individual moments in this season that up the ante so to speak. 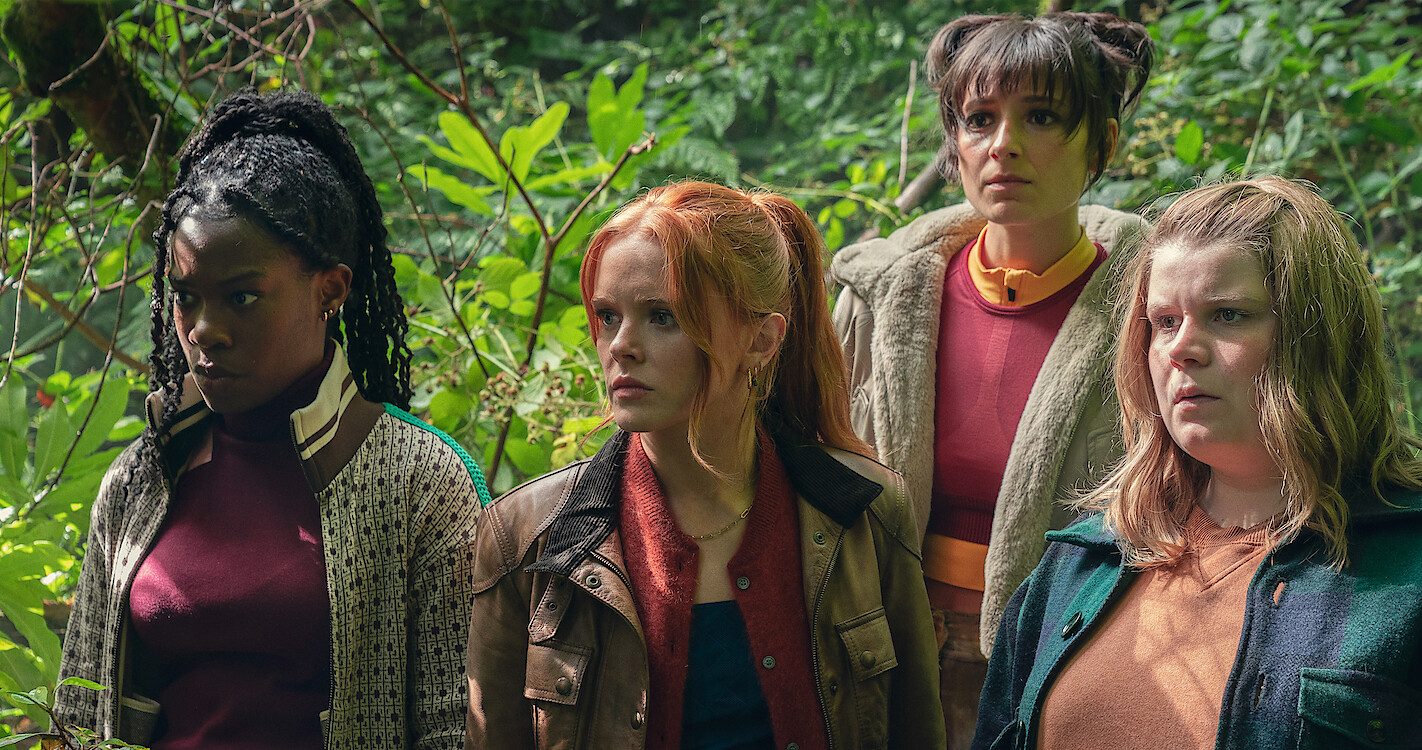 My only concern has to be Abigail Cowen as Bloom. Yes, it’s a doozy of a comment, to be frank, to call out the lead of the show but I honestly didn’t get much from her. Maybe it’s the overuse of the savior archetype and therefore it has lost its impact on me but overall there wasn’t much to draw empathy for and a desire to be glued to her and her actions. We follow her for the majority of the show but I actually found her story in the first season to be more riveting. The acting performance from Cowen is pretty much the same — bland and forced. She shines when she interacts with the other cast members but when you isolate her, there isn’t much given except the forced savior role and maybe the “pretty face” of the bunch — that’s pretty much it.

Fate The Winx Saga Season 2 is a step in the right direction for the show. It’s a better offering than the first season and therefore falls into the “hang on it gets better” category of TV shows. The exposition parts of season 1 took a toll on most viewers but with what season 2 was able to show, this is a series that has a lot of potential in the future. It has a pretty intriguing premise and is able to create a fantasy world that all generations will be able to enjoy. As seen in our review, Fate The Winx Saga has its fair share of flaws but it’s a pretty decent watch, to be honest.

We, therefore, give Fate: The Winx Saga Season 2 a 7/10 on our Hype Meter. As of writing, there isn’t any news yet if there will be a third season that is to be made but given the cliff-hangers that we got from this season we do hope that it gets renewed since we will repeat our previous statement, this is a show with a lot of promise. Fingers crossed for more from Alfea and this group of unlikely mystical heroes. 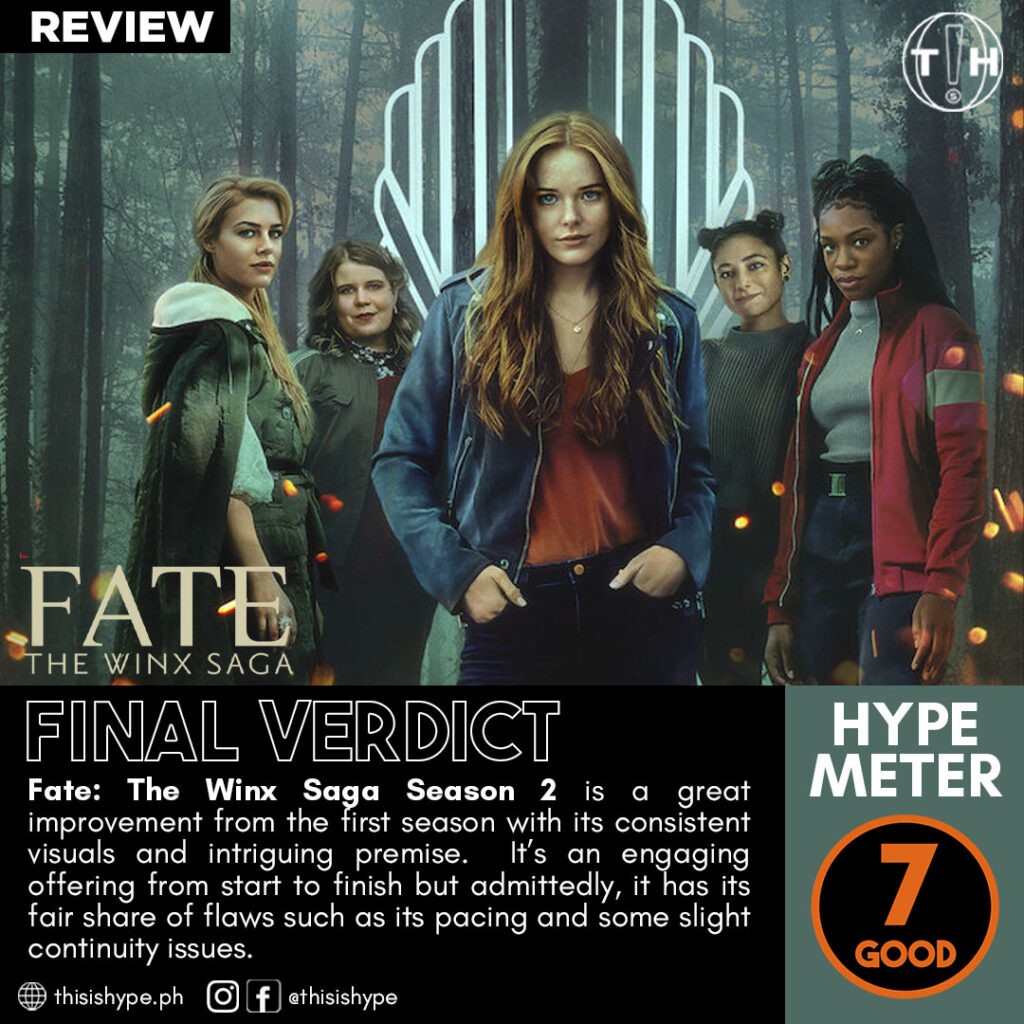