Among all of the things Kanye West announced this year, his upcoming partnership with GAP is one of the much-talked ones. Kanye West is expected to have tons of ideas for the partnership given that it is reportedly a 10-year deal.

What would Kanye’s collection with GAP be—given that he wants his designs to be accessible to everyone? A Twitter account shared an image showing what the initial collection could be. 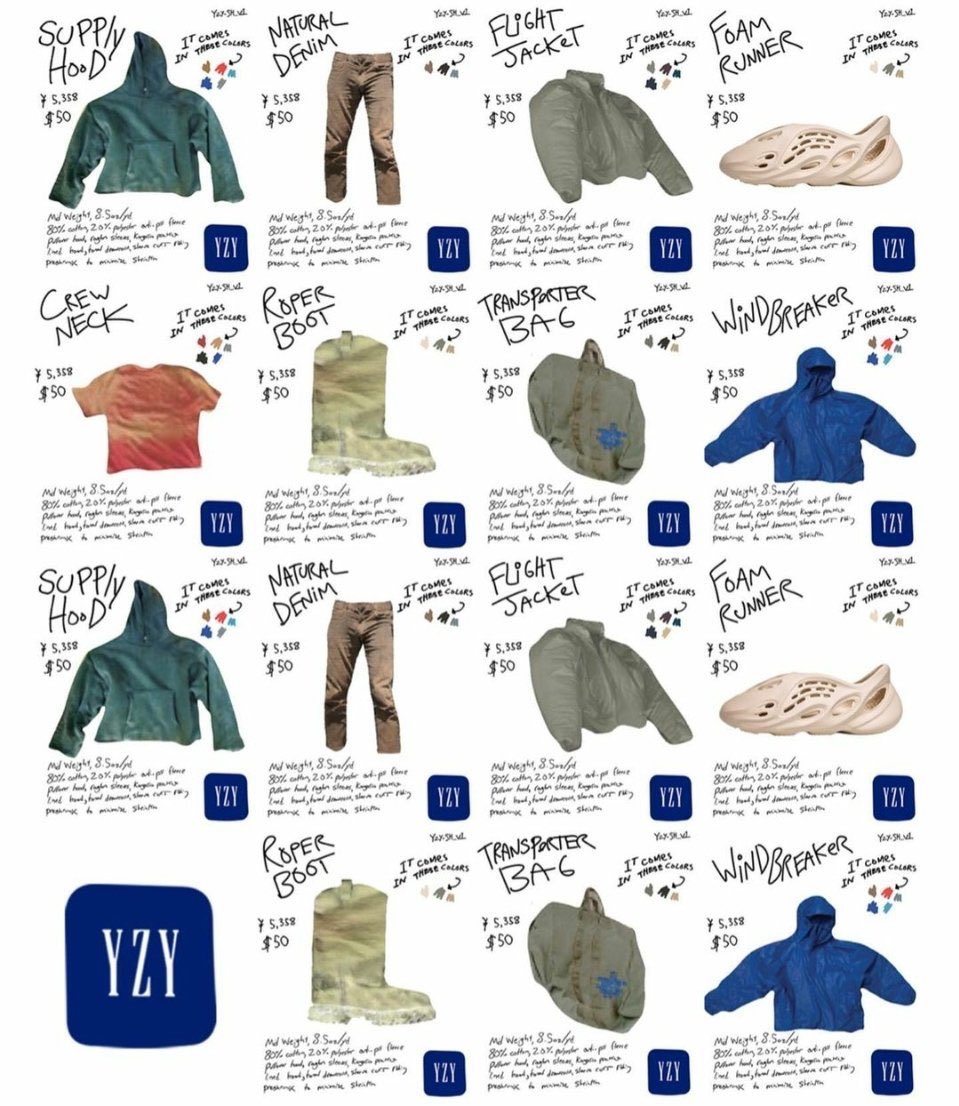 Ignoring the prices (since it appears to be copy-pasted), the collection consists mostly of basics like a crew neck, windbreaker, “Supply” hood (perhaps a nod to Yeezy Supply), flight jacket, natural denim, and a transporter bag. Some of the pieces should ring a bell, as Kanye did share a preview of them in one of his tweets.

The ranch actually came with acres and a mule … we trimmed the alpaca pic.twitter.com/As2W33vkmB

What’s interesting in the leaked catalog is that there is footwear in the collection, with the Foam Runner being the more prominent one. GAP does have a shoe collection, but it is mostly 1) for kids, and 2) flip-flops for adults. The Foam Runner has been associated with adidas for the longest time, so seeing the pair to be part of the Yeezy GAP collection would make things really, really interesting.

As for the $50(~Php 2.5k) copy-pasted price tag? Our guess is that the price is meant for the crewneck and maybe the Foam Runners. If GAP decides to stick to that price, that might make Kanye’s Yeezy GAP collection relatively affordable to everyone.

What do you think?