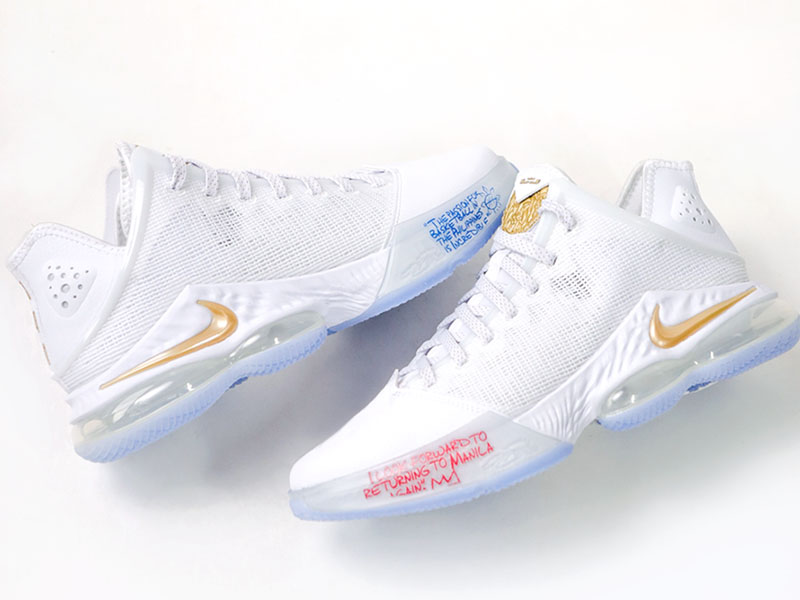 Titan adds another collab pair in its rich history with Nike with a special edition Lebron 19 Low dubbed “Beyond the Seas”. The dominant white pair has gold accents and transclucent outsoles that have two writings. One side reads “The passion for basketball in the Philippines is incredible,” and is written in blue, while the other side reads “I look forward to returning to Manila again” and is written in red. 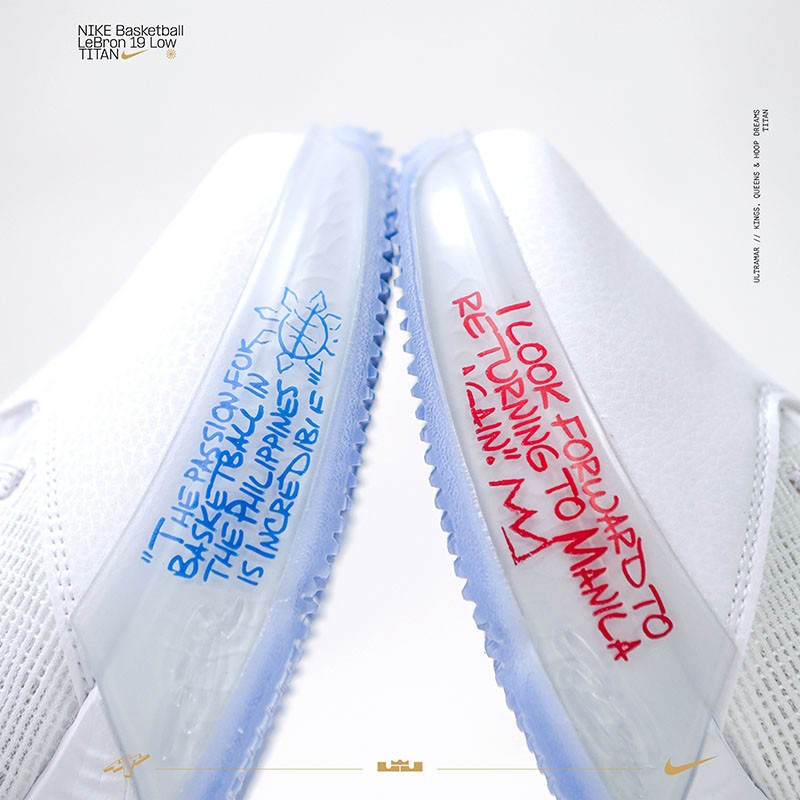 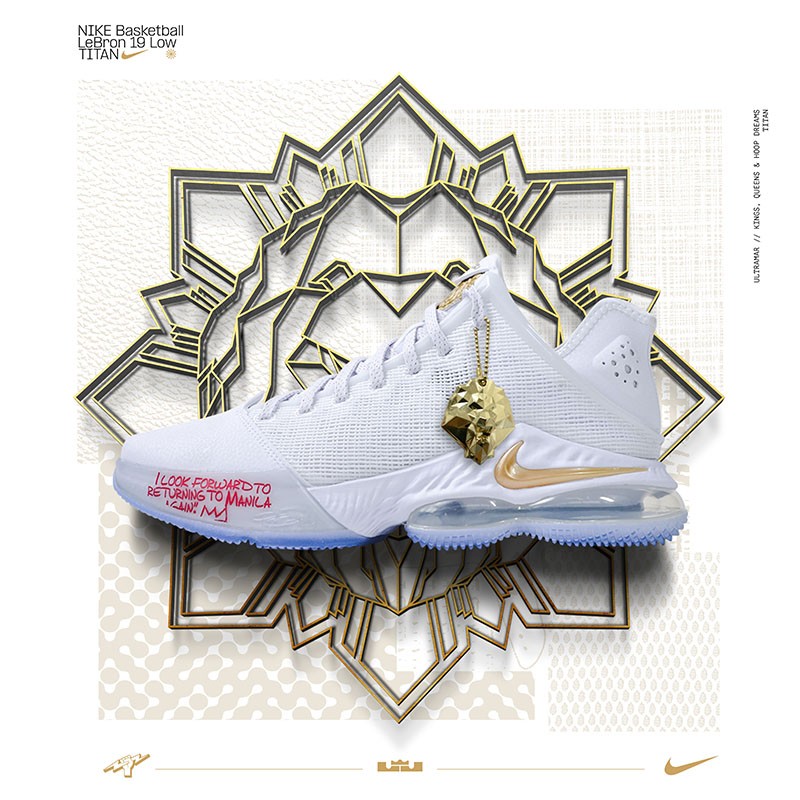 To highlight the unveiling of the new Lebron 19 Low, Titan held a 2-day camp, where Titan co-founder Jeffrey Cariaso and several Nike coaches trained a select pool of 22 boys and girls around the country. These select individuals are carefully trained to have a better appreciation for their passion for basketball. 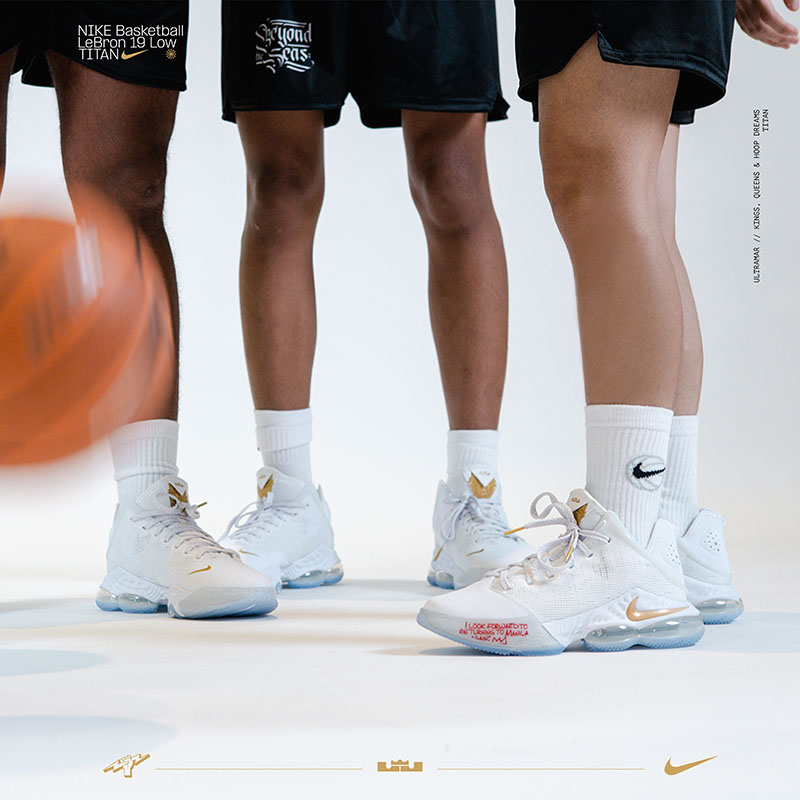 Titan and Nike basketball are working on a short film about the two-day camp and will premiere on September 3–a day before the official drop of the much-awaited sneaker.

The Titan x Nike LeBron 19 Low ‘Beyond the Seas’ will be available in all Titan stores, TITAN22.com & the Titan App on September 4, and in select accounts around the world including SNKRS, the NBA Store PH on September 8.