Home Sneakers Paul George is Back with Another PlayStation-Themed Sneaker 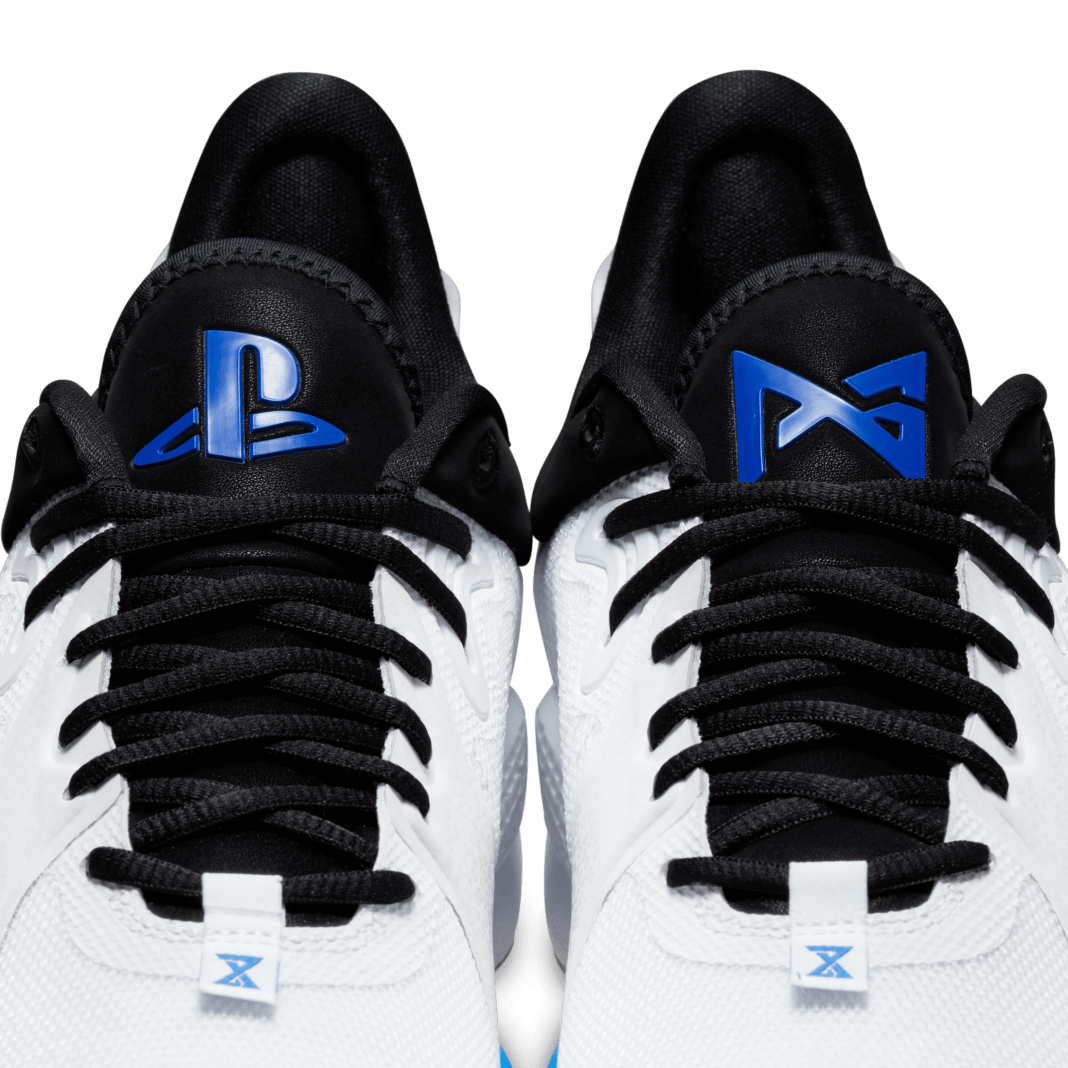 With the PlayStation being an important part of Paul George’s life, it does not come as a surprise that his signature line does have a few PlayStation-themed pairs. The same goes for his latest PG5 sneaker, as Paul George himself confirmed that he once again showcased his love for Sony’s videogame console with the Nike PG5 PlayStation.

For the latest PlayStation collab, the PG5 is dressed in white, blue, and black–just exactly the main colors of the PlayStation 5. Like previous collabs, you get both the PlayStation and Paul George logos in the tongue and on the insoles to give it that lifestyle/gamer appeal. 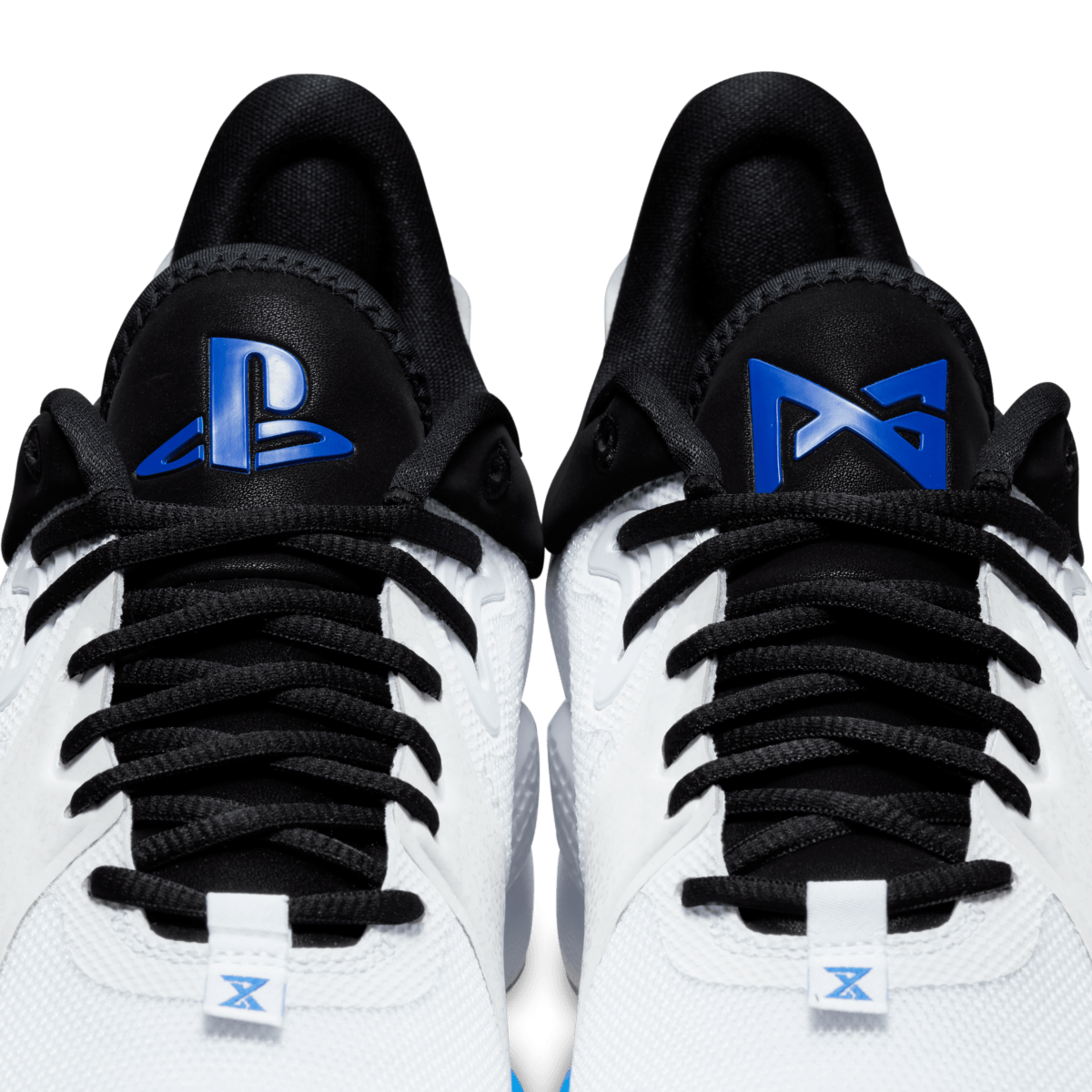 Just like with Paul George’s previous PlayStation-themed sneakers, there are references to the videogame console around it–particularly on the midsole and heel tab with the PS5 branding, the iconic PlayStation shapes around the sneaker, and the overall color blocking of the sneaker. 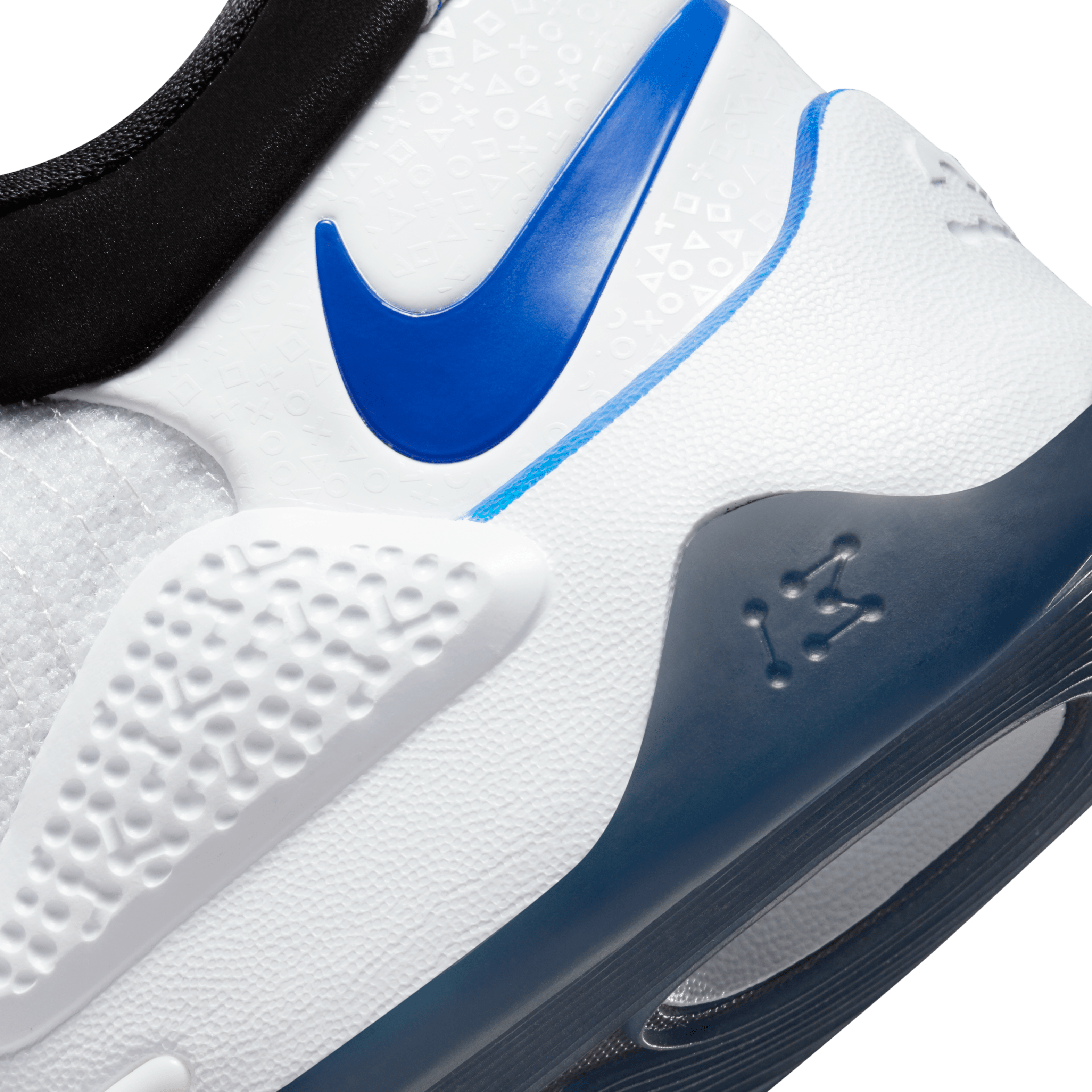 What’s even interesting is that the sneaker was actually designed before the PlayStation 5 was officially announced! To make it possible, all that Sony Interactive Entertainment art director Yujin Morisawa had to do is to verbally describe the design and vision to the Nike team. 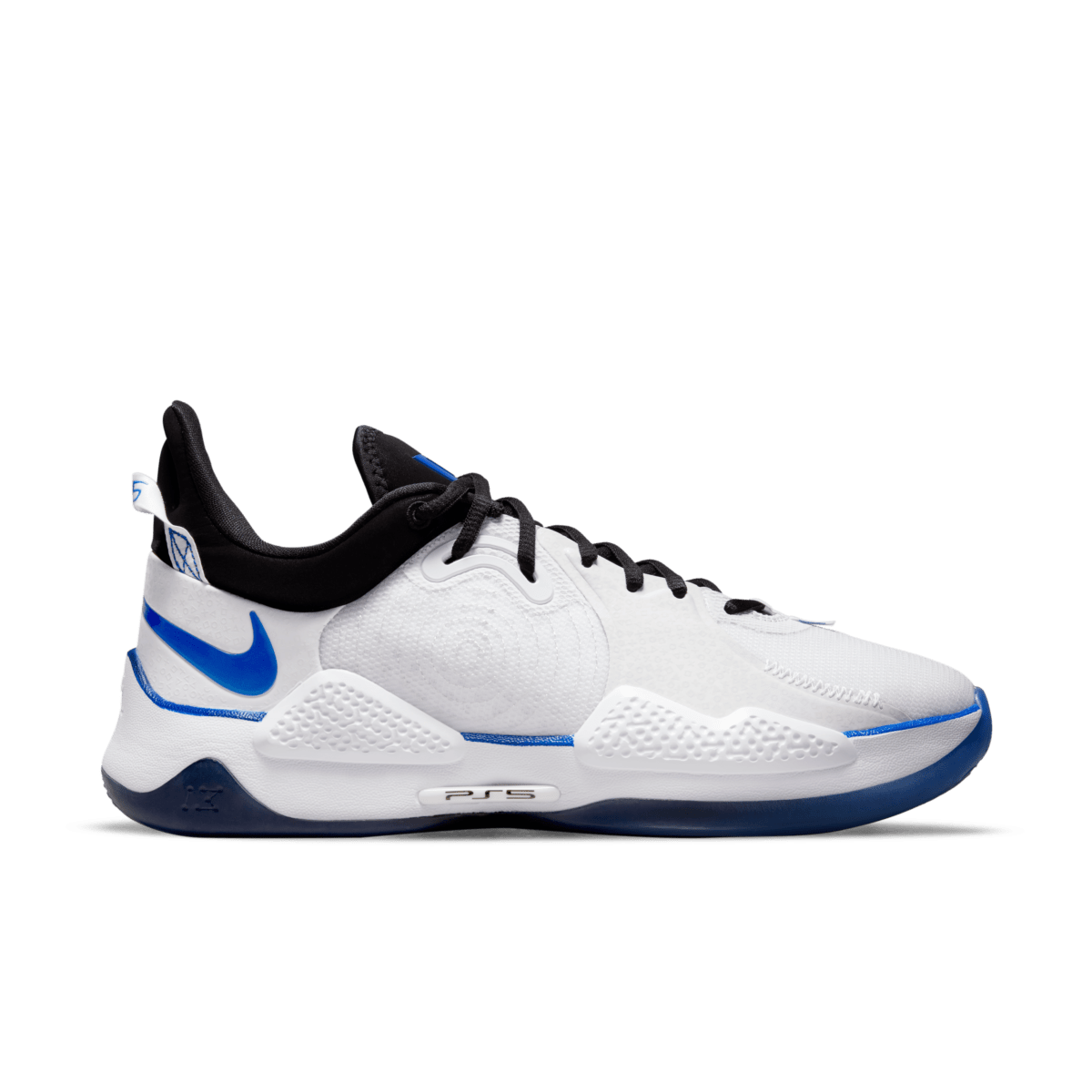 To complete the look, the Nike PG5 Playstation will have a special hangtag that further emphasizes the partnership between Paul George and PlayStation. 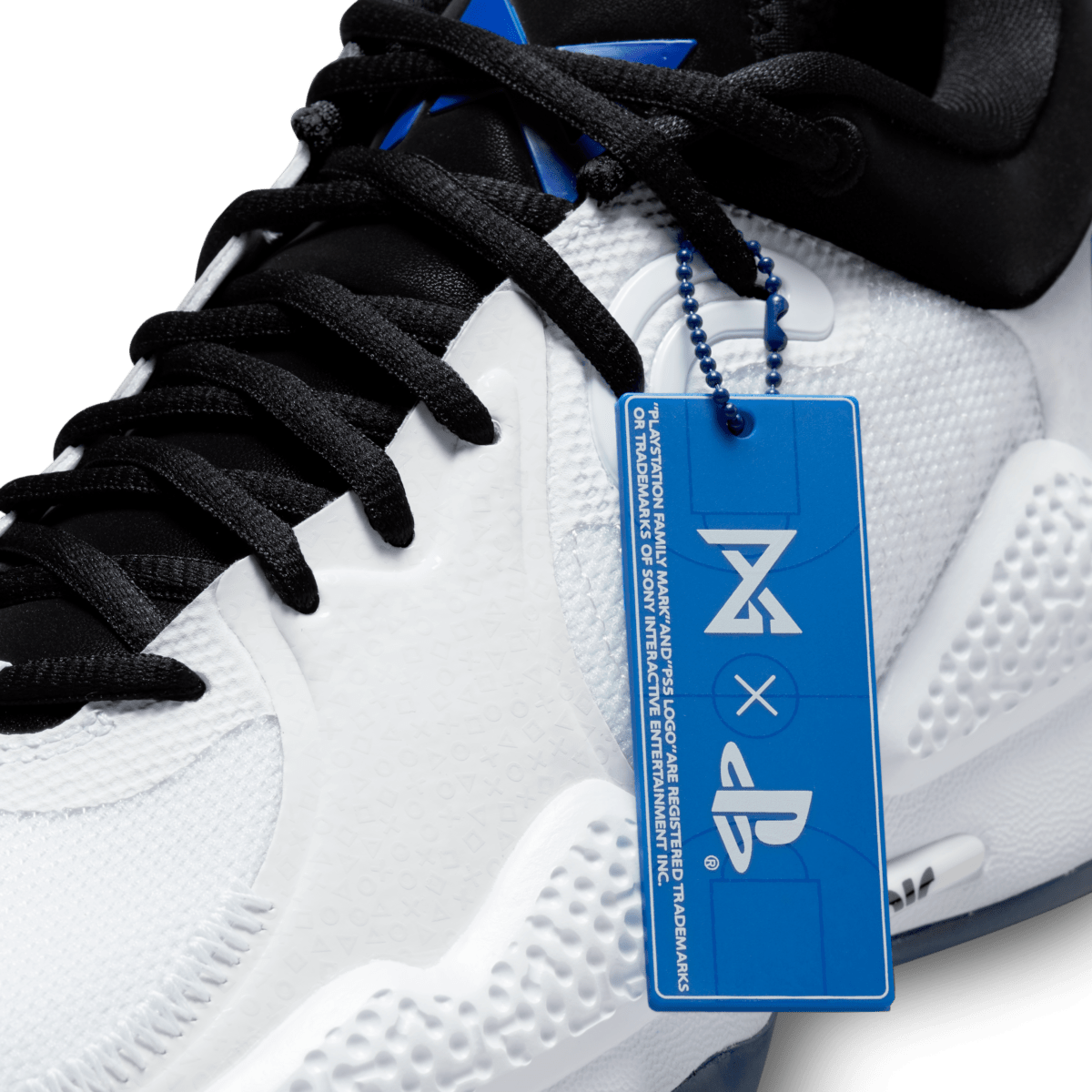 Like your typical PG5 sneaker, you get tech features like the Air Dot Weld Strobel, exposed lacing system, and a specially-designed outsole traction pattern for that extra grip.

“I hope everyone is as excited as I am for this one,” Paul George said.

Paul George’s latest PlayStation-themed sneaker will drop globally on May 14 and will be priced at $120(~Php 5.8k). We confirmed that Nike SNKRS, Titan, and Nike PH will be having them, though expect them to be in very limited quantities.

Aside from the physical sneaker itself, those playing NBA 2K21 have a chance to unlock the sneaker in-game.