Home Editorial The Last Royal Treasure Review: Another Side of K-Drama 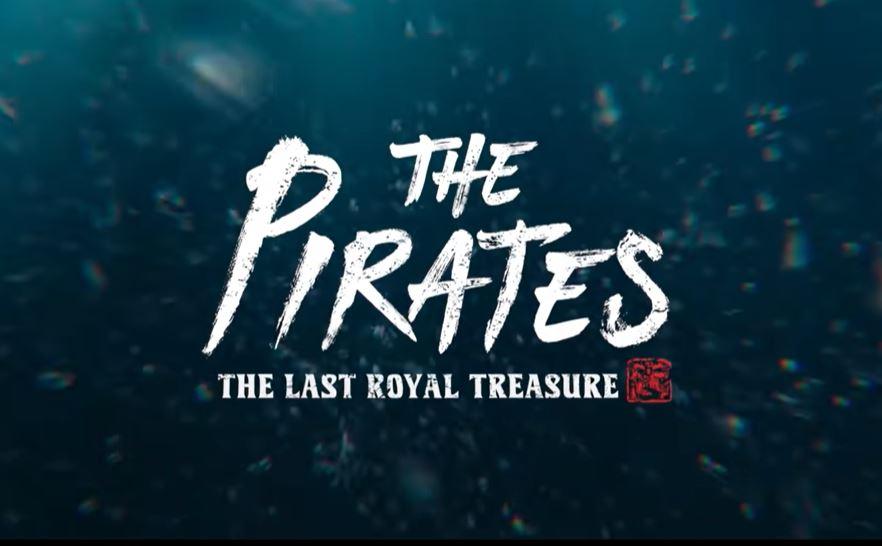 Korean series and movies may be famous for their romantic comedies but that doesn’t mean that the industry can’t explore other dimensions and worlds. We have seen and will continue to see this through shows such as  Money Heist, All of Us Are Dead and Squid Game. When we heard that The Pirates: The Last Royal Treasure was coming to Netflix, we were definitely intrigued by its premise as well as the unlikely genre that it aims to tackle as a K-Drama.

The Pirates is one of the highest-grossing domestic films in South Korea for this year and has also hit the number 1 spot on Netflix’s Top 10 for movies here in the Philippines. The film is directed by Kim Jeong-hoon and stars Kang Ha-Neul and Han Hyo-Joo. The film centers on a group of pirates and bandits who team up to find the hidden treasure from the Goryeo dynasty.

A Mixture of Genres

The movie is 2-hours long, which makes it quite challenging to finish especially if you’re not really into the period-pirate drama. Having said that seeing it on the big screen might have made it more engaging for non-fans of the genre — like myself.  Having said that the movie was able to take aspects of Korean Entertainment that usually have mass appeal. One of which is the humor that the viewers have come to love over the years. It injects enough laughs that compliment the overall theme and direction of the story. The comedic jests and punchlines are not too much to take viewers away from the excitement and adventure that the films bring in.

The second one is the amazing production and cinematography of the movie, which really took the 23.5 billion KRW budget to create a whole new world, complete with really convincing costumes and settings. Furthermore, the well-choreographed fight scenes also made the movie quite an entertaining watch. There were some moments that it did feel a bit too ambitious is really creating what we would guess is the beginning of a blockbuster Korean film franchise. It felt at times that the movie was pressured to fit into such a mold that it lost its own personality and style that we know and love from Korean films and shows. It was however still exciting nonetheless to watch and is overall entertaining enough. The acting was not bad either. For a while, you’d forget that they are some of the people you see in KDramas and just focus on the story.

While I might not be part of the market of these types of Korean Films, I think that South Korea has come a long way in terms of pushing the boundaries of their movies and series, breaking the stereotypes and formula that they tend to be associated with. For comparison, while the popular Lord of the Rings, Star Wars, or even Harry Potter doesn’t appeal to everyone, they definitely have their share of billions of followers which may be the same for this film. 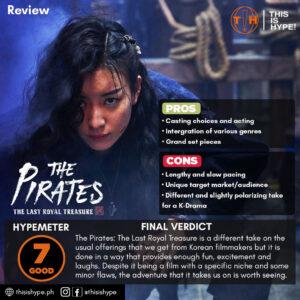 So objectively speaking, I would give it a 7 on our Hype Meter, because given that it’s a comedy-adventure, a little more depth would have broadened its appeal and would have made the 2-hours less dragging for people like me. It’s a good thing that the film ties everything neatly until the end.

Watch The Pirates: The Last Royal Treasure on Netflix

For more on Korean Entertainment, continue to visit us on This is Hype.