Home Editorial Secrets of Dumbledore Review: Has The Magic Run Out? 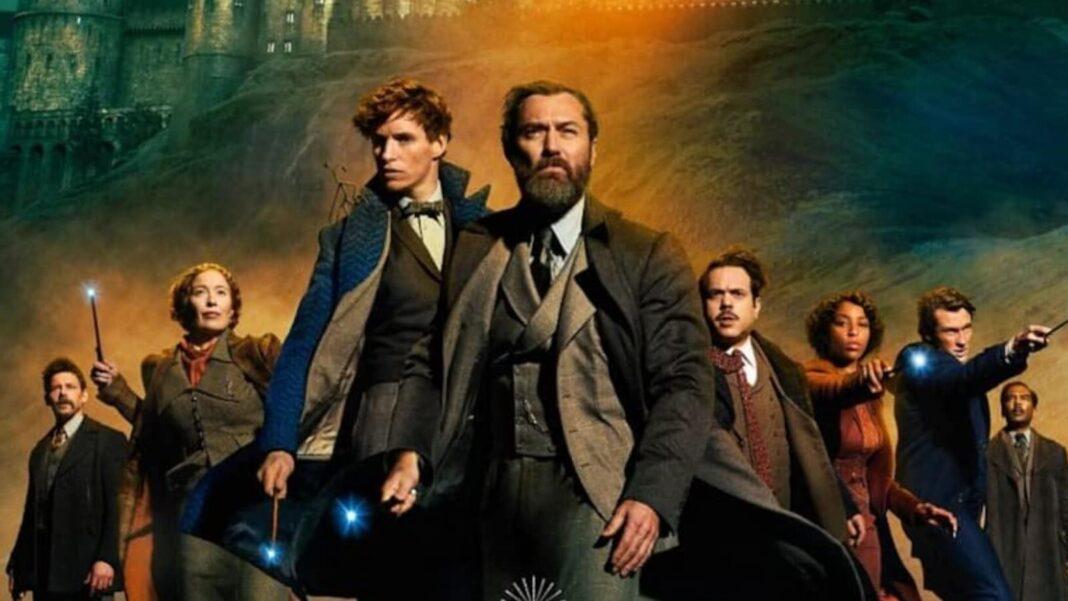 Harry Potter is undoubtedly one of the most significant contributions in pop culture for the 20th century and beyond, as it has grown into a pop culture phenomenon. Since the first book’s release back in 1997, the Harry Potter craze has produced a total of 8 films, 7 novels, a Broadway play with a playwright book, Harry Potter-themed amusement park sections, several stores, merchandise, and a spin-off prequel that now consists of three films each with their own screenplay books, entitled the Fantastic Beasts. Admittedly however the most recent spin-off franchise, Fantastic Beasts has had a rocky start. Therefore all eyes are on the most recent installment, Fantastic Beasts: Secrets of Dumbledore, the very subject of this review. 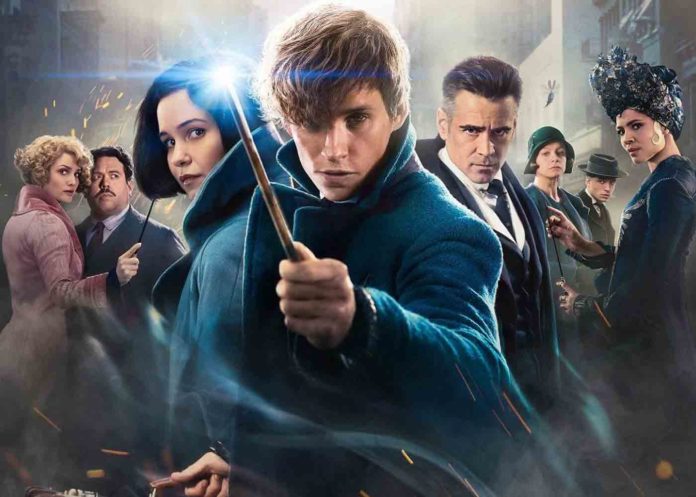 Fantastic Beasts is set several decades prior to the events of the main Harry Potter films, rather than a direct continuation or prequel. It follows the famous magi zoologist, Newt Scamander as he scours the various ends of the magical world, in search of a variety of rare and unique creatures. The story would then develop throughout the film franchise as Scamander is also caught up in a political entanglement with the notorious, mysterious, and goal-driven Gellert Grindelwald as he plans to create a world that is rid of No-Majs/Muggles or non-magical humans.

The newest installment in the franchise however continues from where the last film left us with the tensions between Grindelwald and Albus Dumbledore continuing to heighten. As the former seeks the power and influence to allow his plans to come to fruition, Dumbledore retaliates by asking the help of Newt and a team of wizards, witches, and a muggle to foil the plans of his once-friend-turned-nemesis. As all of these take place the Wizarding World is caught up in a frenzy as they too are caught in the crossfires of changes in the political tides of leaders and rulers amidst the rising conflicts in the parallel human world with an ongoing World War.

This review may contain a couple of minor plot points that are crucial to discuss and mention to truly understand what The Secrets of Dumbledore aim to deliver. To the best of my abilities, I will keep this review spoiler-free as I discuss primarily the direction of the franchise, the impact of this installment on the bigger Harry Potter story arc, and the acting chops of some of the film’s principal cast members. 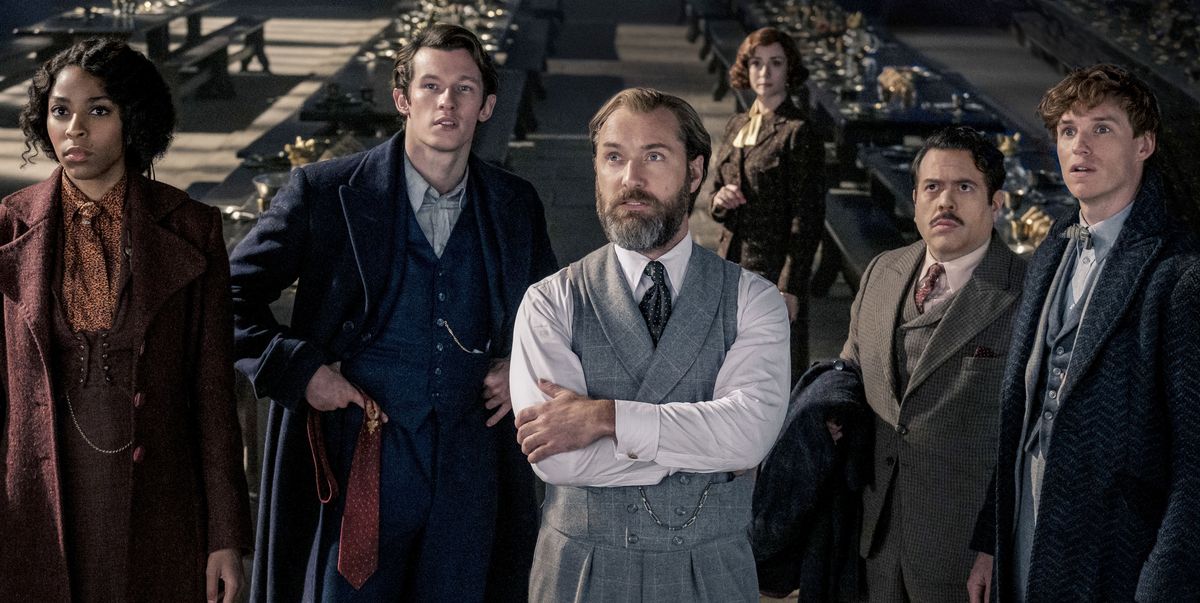 I must begin this review by stating that I personally am not a fan of the Fantastic Beasts franchise as a whole. I have found this direction to be a distant and disconnected story from what the original and main story has given us as fans. I am without a doubt a fan of Harry Potter but I too share some of the sentiments of other fans in saying that this direction isn’t the best that the genius minds of the Wizarding World have produced so far. I can go on with a list of other possible storylines that I would have loved to see instead but that would be a long and heavy-handed discussion as a fan of the franchise. That being said, however, I found this particular installment to be one of the best that the Fantastic Beasts story arc has delivered to date. With all personal biases aside, I found this film to be a gigantic leap in the positive direction for the Fantastic Beasts franchise. At its core is a story that remains to be engaging enough despite several unnecessary sub-plots that it dives into. When you take these small moments out of the picture and endure them long enough, what is left is a pretty enjoyable and magical ride nonetheless. What makes this ride amusing and enjoyable as well is the nostalgic elements that it provides for fans as were are taken back to some memorable settings such as the halls of Hogwarts, Hogsmeade, and the Room of Requirement. We even get to see some students playing Quidditch and a peek at a younger-looking Professor McGonagall. 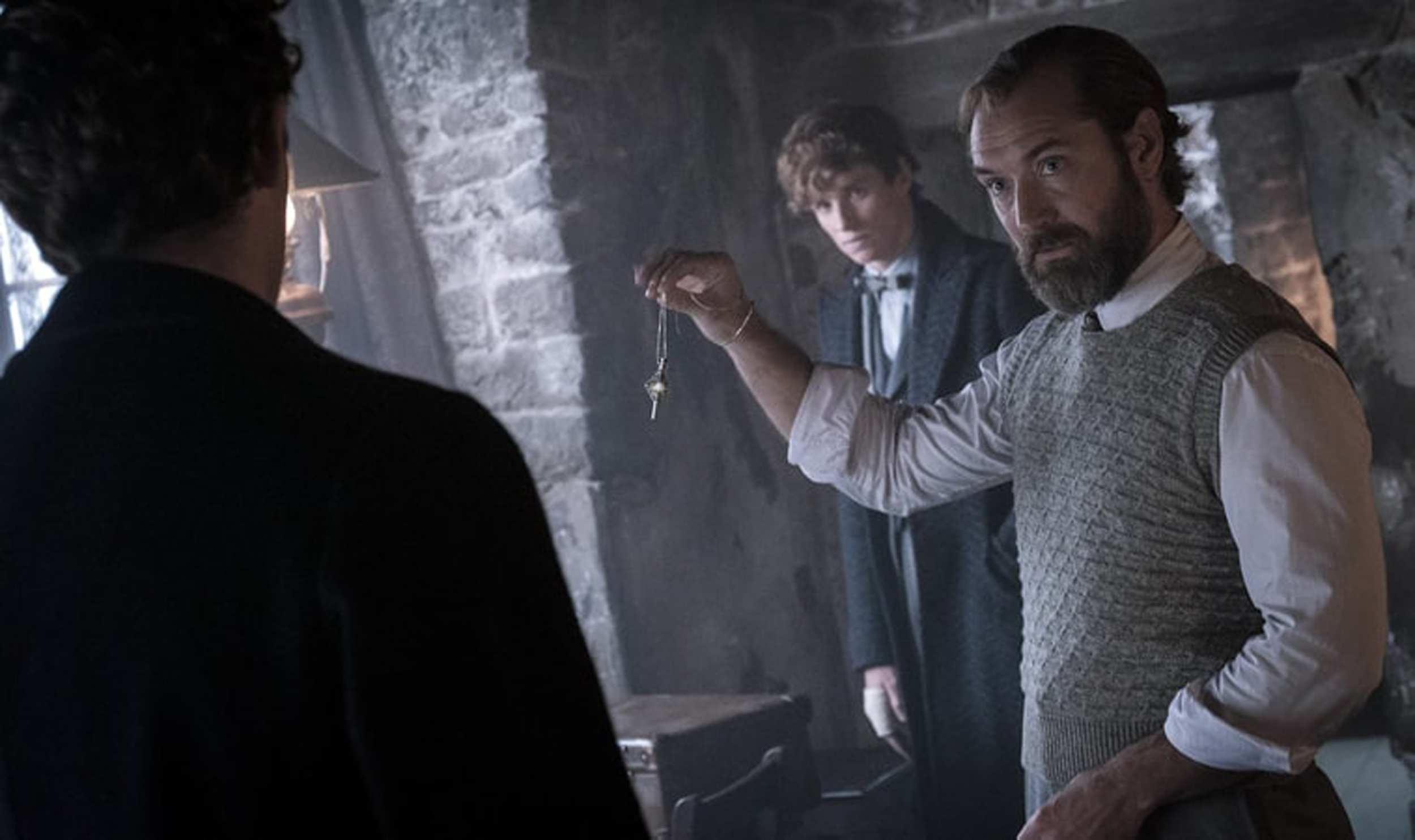 There was an emphasis on two major plot points being 1) the political division between the magical beings and non-magical humans and 2) the younger years of Dumbledore together with the innermost struggles and flaws that he carries prior to becoming the headmaster of the prestigious Hogwarts School of Witchcraft and Wizardry. During the moments when the film focuses on these two main plot points, The Secrets of Dumbledore actually succeeds. It’s when the film tries to insert and juggle in so many other sub-plots that it tends to become an irrevocable mess. 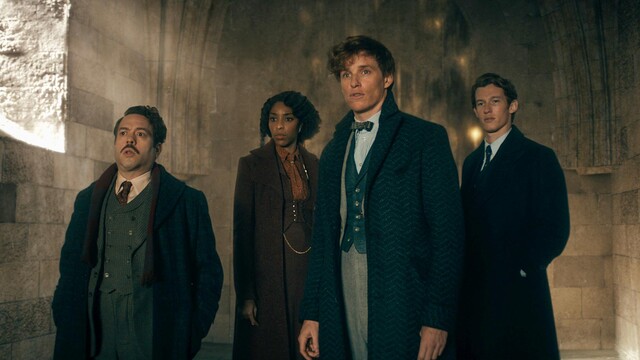 Newt’s personal journey as a magi-zoologist at times gets in the way of the true story at hand as a variety of magical creatures suddenly pops in. It seems at times as an effort to expand the running time while simultaneously providing no actual substance. This in turn creates a sluggish pace and an unnecessarily long duration of the film. As a whole, the movie tries to accomplish so much but ends up becoming too compact in doing so from Credence’s internal struggles with his morality down to Newt’s protection of a deer-like creature that doesn’t really provide any real substance or direction. It feels like an unfinished movie with the majority of its crucial plot points being left vague and unexplained such as the powers of Grindelwald to see into the future and the true nature behind the symbolic Qilin creature whose purpose at times undermines the entire direction of the story — creating plot-holes too big to fill. There is also a level of predictability in the film’s execution that in turn creates a very underwhelming and boring experience at times. In a nutshell, what The Secrets of Dumbledore does deliver on is a plethora of literal secrets only known to the film’s producers that in turn leave its viewers utterly confused.

The characters and acting performances for this installment also leave us as viewers are torn at one point or another. While there are some standout performances (maybe just singular to be exact), others including the main and integral roles fade into the background and are at times even just too painful to watch. 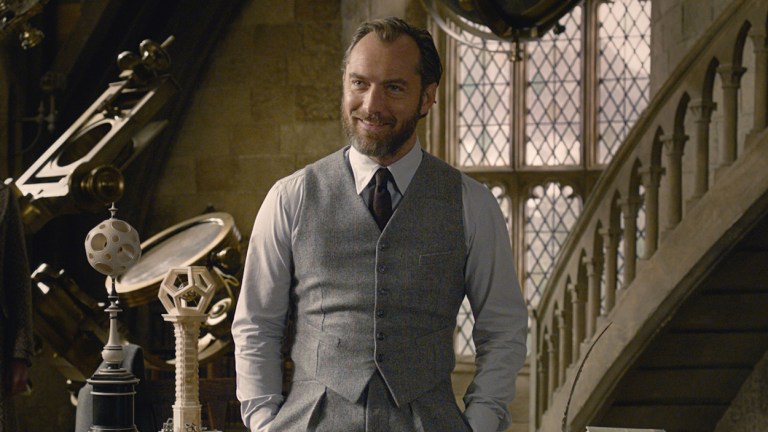 Before I continue further with the subject matter of the variety of acting performances and characterizations that were done in this film, I must address the figurative elephant in the room. The Secrets of Dumbledore honestly felt to have a secretive goal from author Rowling which isn’t much of a secret, to be frank. It was through the reveal of a plot point that albeit wasn’t as crucial as it was supposed to be, that the entire film revolved around. In the first few minutes of the film, Rowling together with the film’s producers, took the time to reveal the sexual identity of Albus Dumbledore which was done so back in 2007 after all the Harry Potter books were released. Dumbledore’s “secret” love relationship with Grindelwald steered the entire film as the very reason why a head-on collision between the two wasn’t permissible. This addition to the characterization of Albus may be a bit on the controversial side for fans since the author’s statement years ago when she dropped that Dumbledore is a part of the LGBTQ+ community but this movie also serves as the first and official look into this side of the famous wizard. Again though it just felt at times as if it was a bit too forced to state this quality as it eventually shaped the entire direction of the film with little to no impact — contrary to what would have been expected for such a reveal. 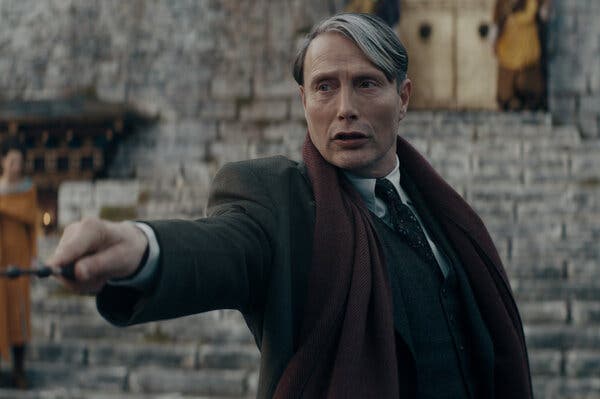 In truth, this film had several hiccups in the process of its production which caused the filmmakers to undergo several reshoots. The obvious is the switch in the actors who portray Grindelwald — from Johnny Depp to Mads Mikkelsen. Mikkelsen however took the role head-on in my opinion and delivered the one and only standout performance in this film as he stepped into yet another villainous role previously portraying Le Chiffre from James Bond’s Casino Royale and Kaecilius from Doctor Strange. The eerie, maniacal, and ruthless-minded Grindelwald was brought to life with Mikkelsen in the role as he brilliantly combined a subtle level of restraint to the character which paired perfectly with the evil brilliance, self-seeking nature, and twisted visions and mannerisms of the character. 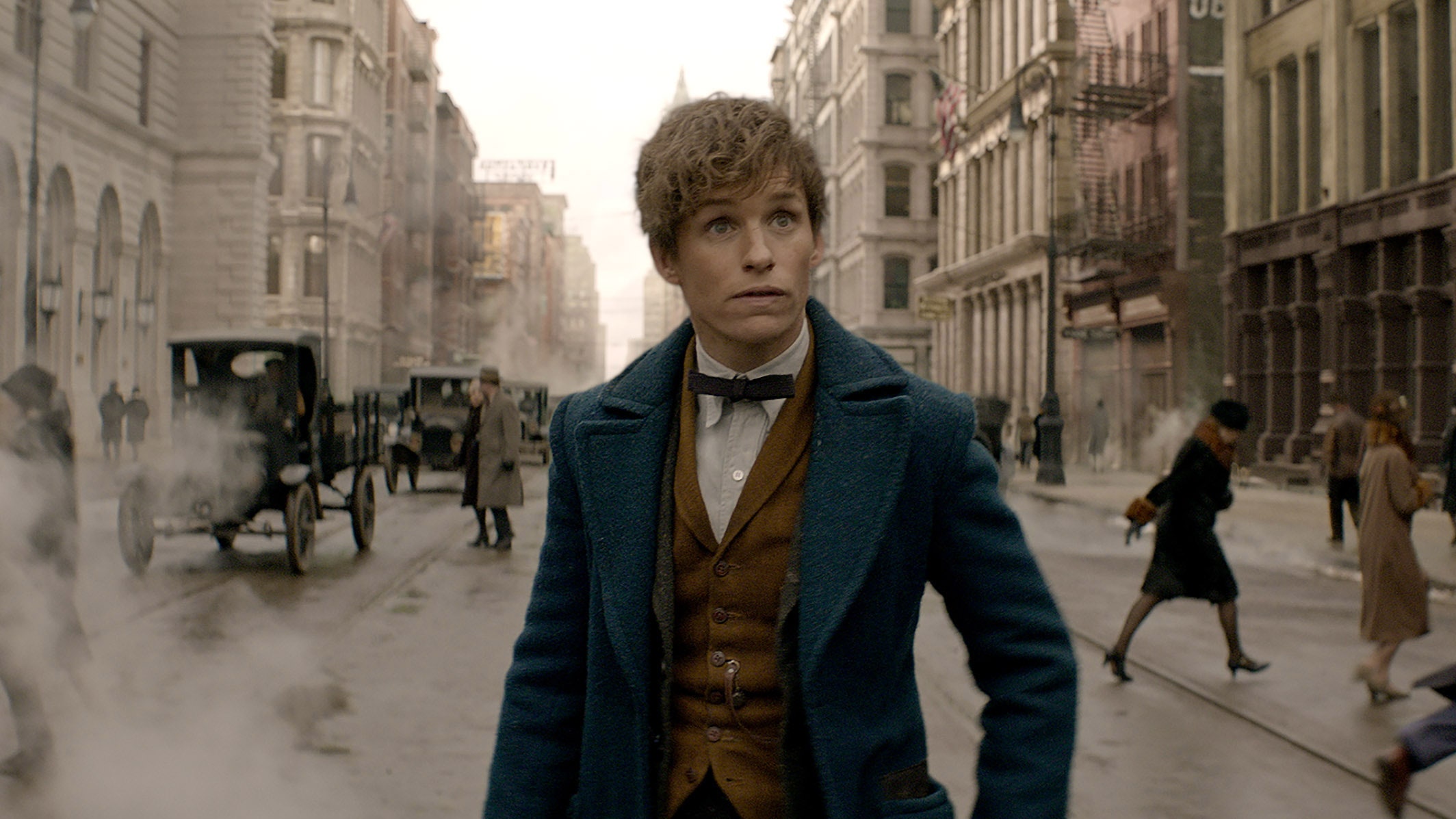 This depiction however is where it sadly ends for the film’s brilliance as everything else dissipated into the background with weak performances and sadly enough, a still underwhelming main character in Newt Scamander who is portrayed by Eddie Redmayne. Redmayne is unarguably an amazing human being and an equally brilliant actor — given the proper and suitable roles that are. Scamander’s shy and somewhat aloof personality are admittedly getting tiresome to witness and the main character who has been in the forefront for three films now is still unable to carry the weight and load of the franchise. He simply fades into the abyss, almost as a supporting character rather than the star of the show. We get to see a lot from the character but Newt still manages to become a lost entity in the film. The team that he is surrounded by, within this film, doesn’t manage to do well either as they fail as a whole and individually to really catch and maintain our attention. Furthermore, The Secrets of Dumbledore seems to zero in, as the title suggests on Dumbledore and Grindelwald as everyone and everything else dissipates.

Has the Magic Really Run Out? 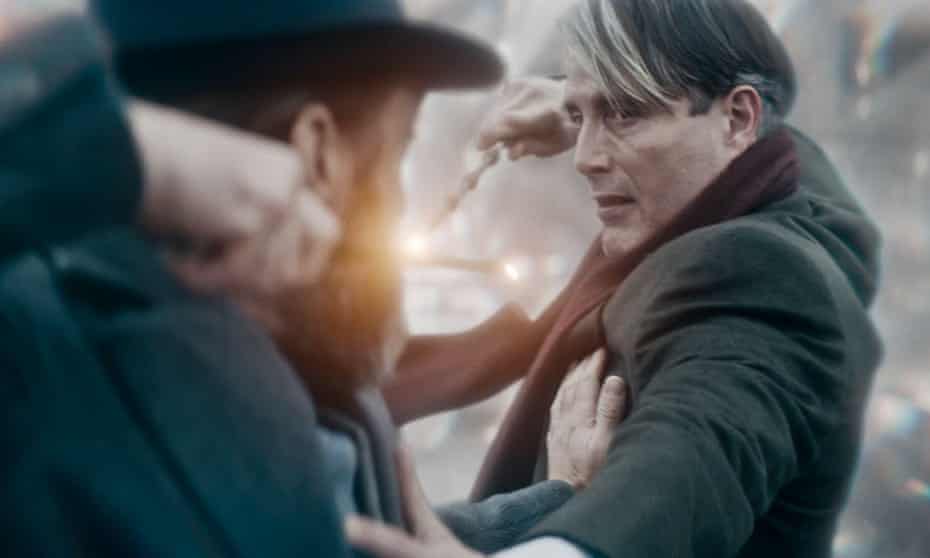 I must answer the question that I set out to ask in the title of this article and the short and direct answer to it is, yes. Sadly I believe The Fantastic Beast film franchise has run its own course and demise as a whole with three films that failed to deliver the spectacle and grandeur that comes within the world of Harry Potter. In a literal sense, the magical elements through this particular film’s visuals and color grading were a far cry from magical or fantastic. The muted colored palette alongside the seemingly rushed and simple visual effects was as underwhelming as the plot itself. There were some scenes like the 30-second battle between Dumbledore and Grindelwald towards the end that redeemed the visuals department but it was just too short and minimal to even be noticed or fully appreciated. 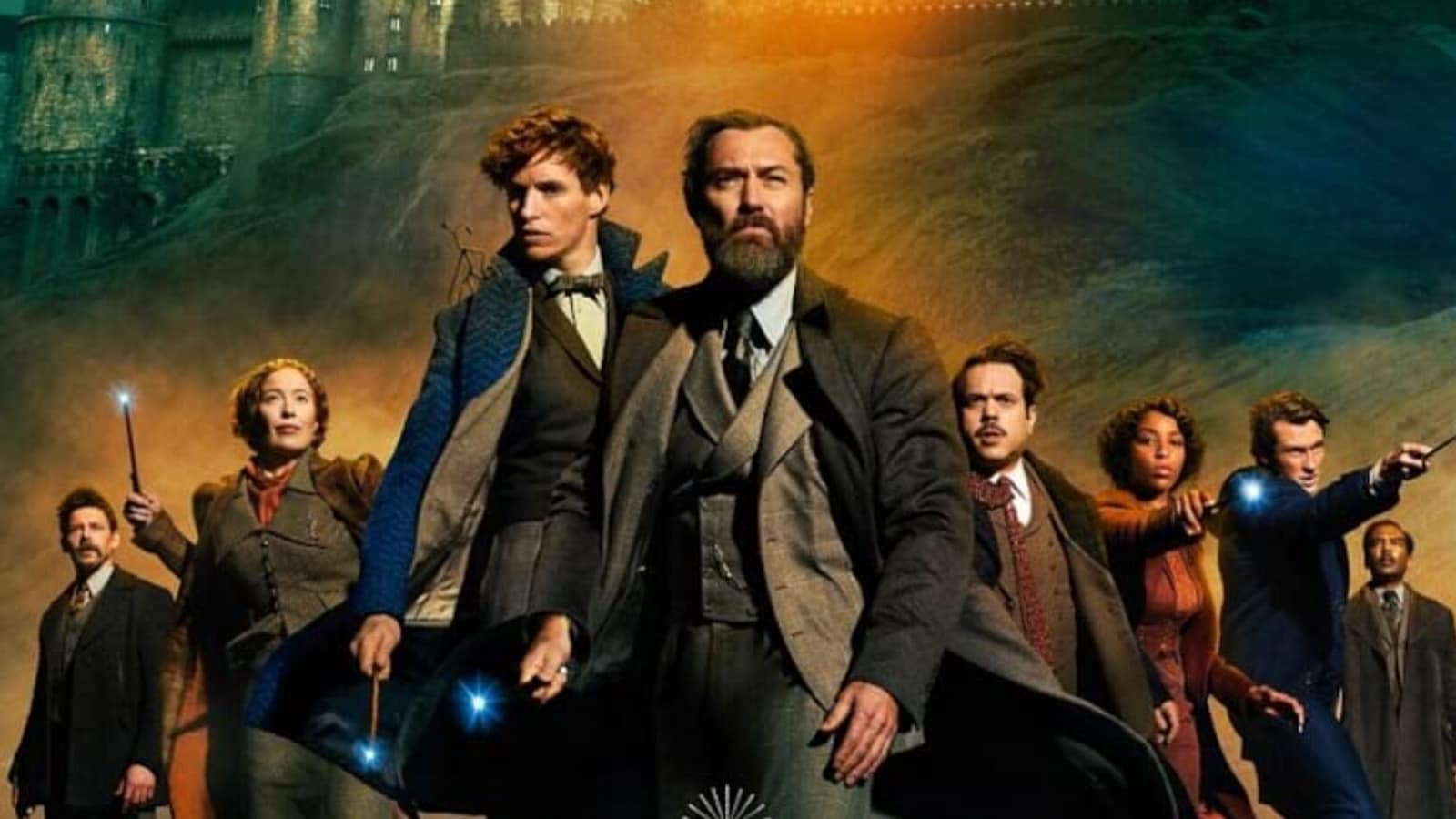 As our review states, The Secrets of Dumbledore may have its moments here and there — even becoming the best that this specific Fantastic Beasts franchise has to offer — but despite all these, there are just numerous flaws in the film’s premise, acting, and visual effects that make this film completely forgettable. This film can be skipped altogether and wouldn’t at all be a loss — doing so may even spare you from thinking badly about the entire Harry Potter franchise as a whole. This is why we give the film a Hype Meter score of 3 out of 10. 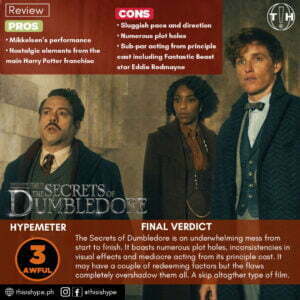