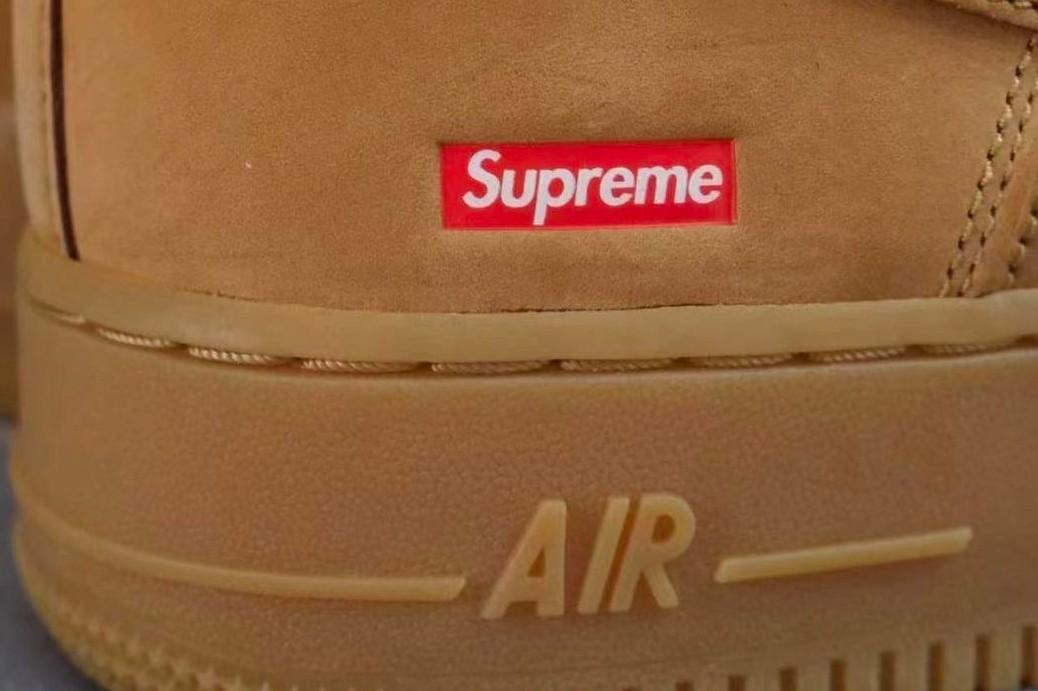 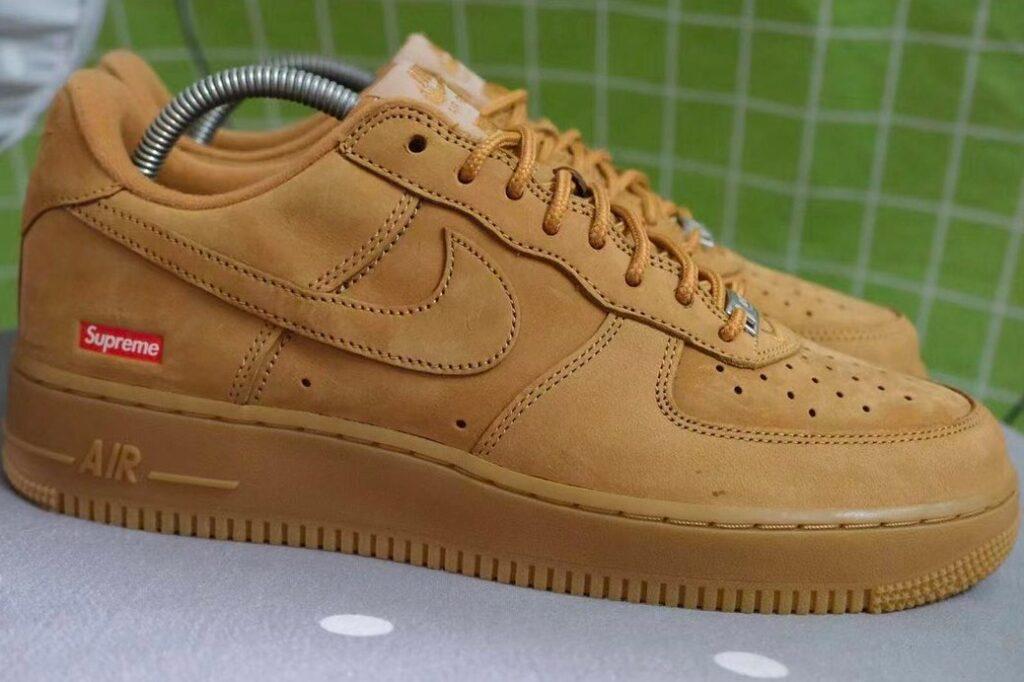 Nike and Supreme have been BFFs for as long as we can remember. Starting out with the Supreme SB Dunks from 2002, their friendship has blossomed quite a healthy number of sneaker collaborations that everyone seems to fiend for.

And that doesn’t end this time around by way of this upcoming Supreme and Nike Air Force 1 collaboration that throws tribute at the de facto shoe of New York: the Timberlands and their iconic wheat colorway. Revered for its style and color that takes you to Wu-Tang Clan’s “36 Chambers” era, the shoe is now remixed into something more comfortable and yes, wearable. 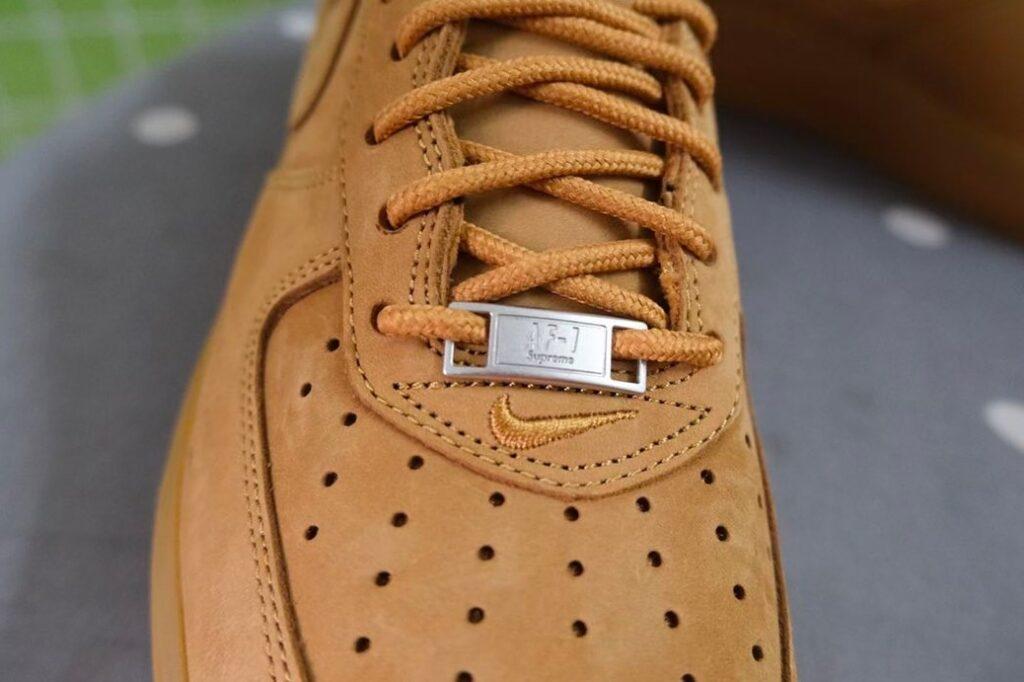 From the feed of Sneakerjamz, we are given an advanced look at how such a legendary silhouette can be given the Supreme twist. Similar to the black and white Air Force 1s, these harp on the minimalist appeal with the box logo at the heel and the co-branded deubrés, tongue tags, and insoles. This simple approach is appreciated by even the OG collectors as it’s simple and gets the point across without going too far. 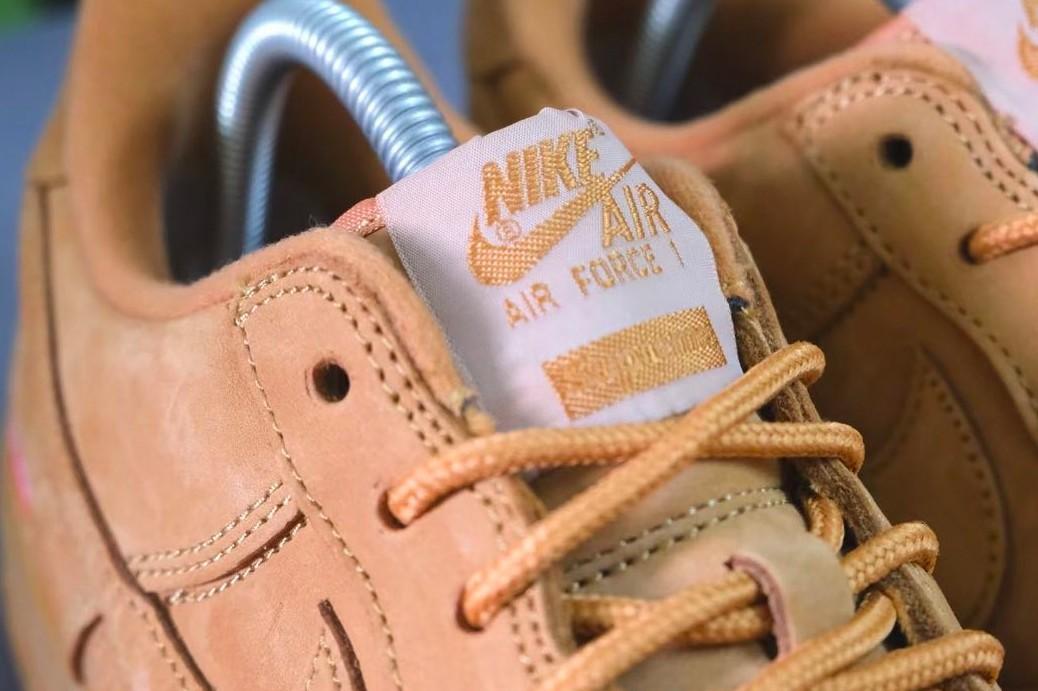 The boot laces are a nice touch giving further ode to the Timberland boot. For sure, this wouldn’t be as coveted as the SB Dunk but will be sure to sell out because of the brand’s cultural appeal and power. Haters be damned, the brand is still going strong. 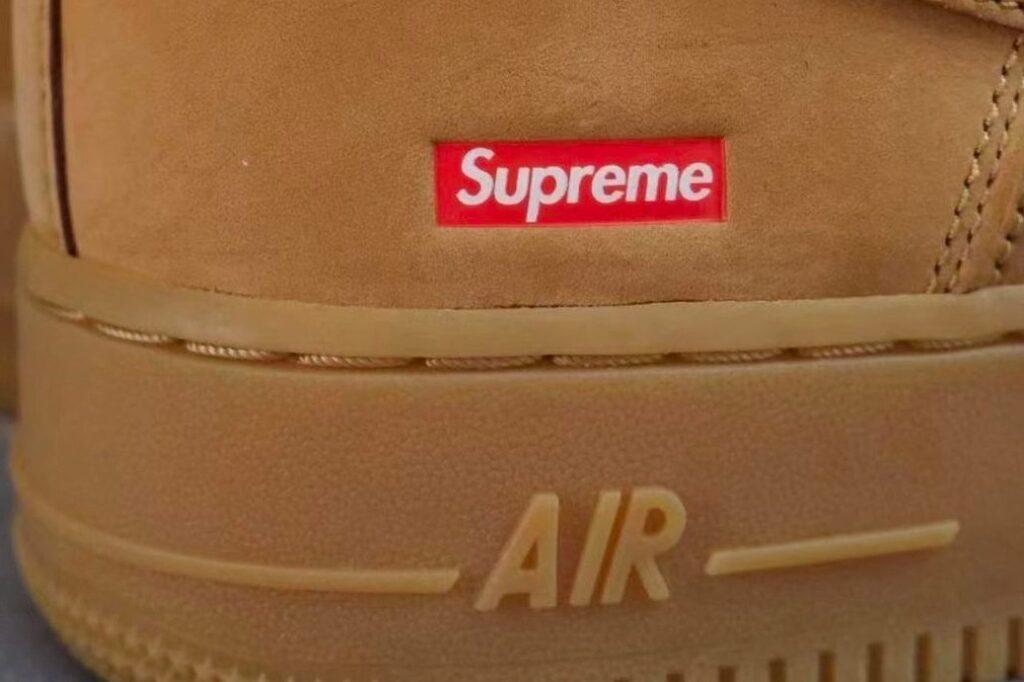 There is no official release date or info on pricing for the Supreme x Nike Air Force 1 Wheat, so best keep your eyes peeled.

Speaking of Air Force 1s, you should check out Virgil Abloh’s latest twist on the shoe here.