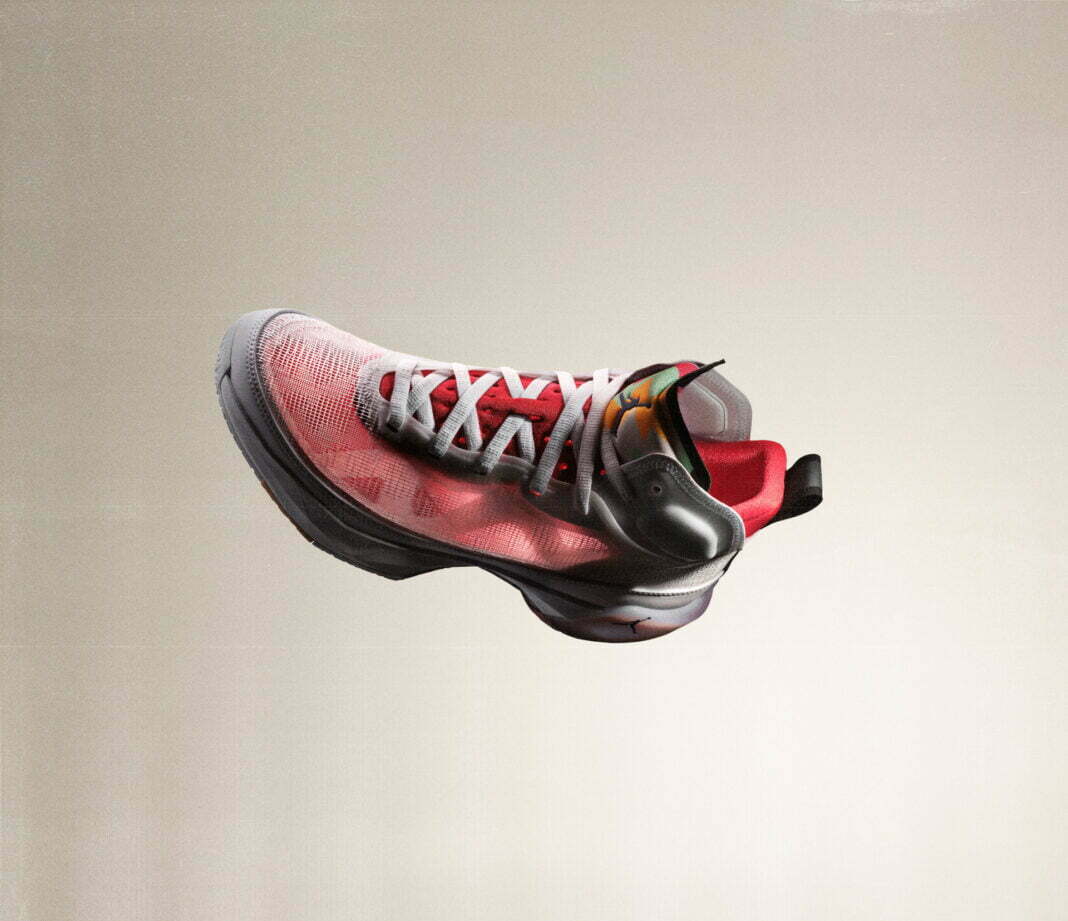 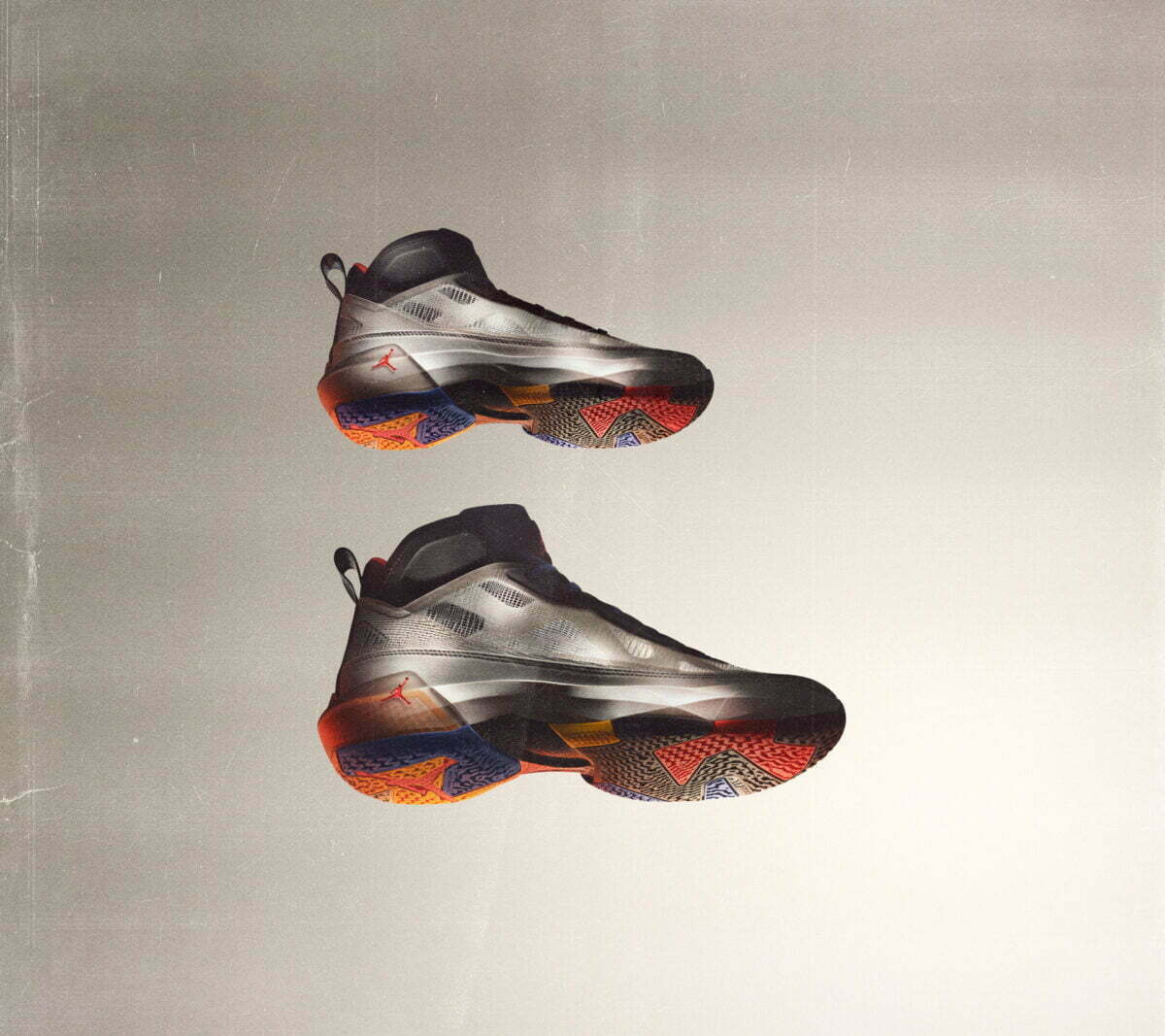 With insights gathered from the Nike Sports Research Lab, Jordan Brand optimized the Air Jordan 37 for multidirectional play. The heel area has a TPU mold encasing an in-house Formula 23 foam for improved energy absorption when landing, while the carbon fiber midfoot shank makes its return after being last seen in the Air Jordan 32. The latter is important, as it helps distribute the energy absorption from the heel to the midfoot area.

The full-length Zoom Air strobel unit gains an additional Zoom Air unit in the forefoot area for an improved liftoff with the sneaker’s “launch” phase”. The outsole has been designed to pay homage to the Air Jordan 7–the sneaker that Michael Jordan wore en route to his second Championship with the Chicago Bulls in 1992. 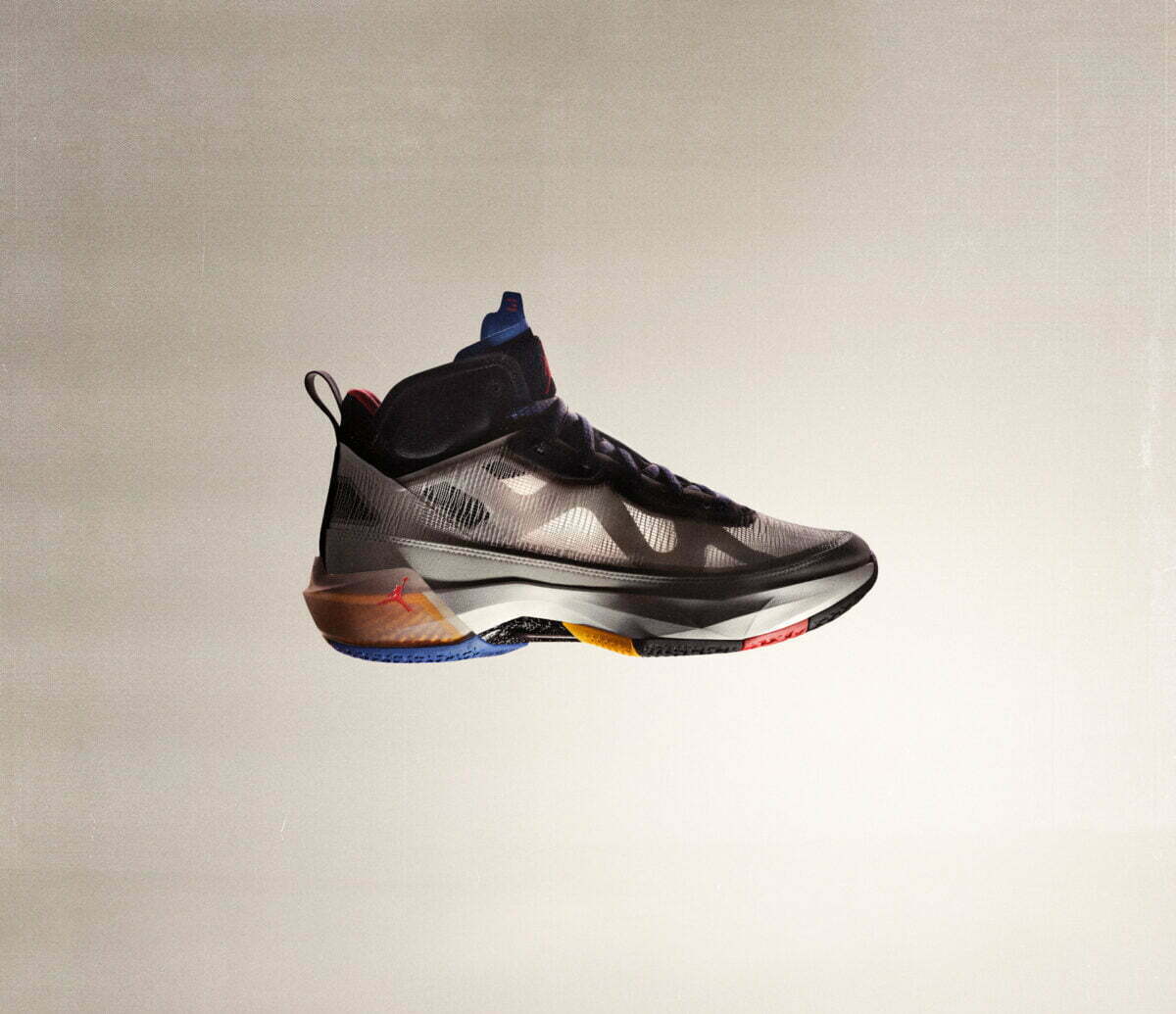 Jordan Brand explores an all-new upper design called Lenoweave, which uses Arkema yarn that’s described to be both strong and pliable. Like with the outsole, the Lenoweave pattern and tooling also pay homage to the Air Jordan 7–and also references the hand-shaped craftsmanship of West African basket weaving.

The Air Jordan 37 will drop in two colorways: the Beyond Borders is slated for a September release, while the Hare colorway is scheduled for a Fall 2022 release.