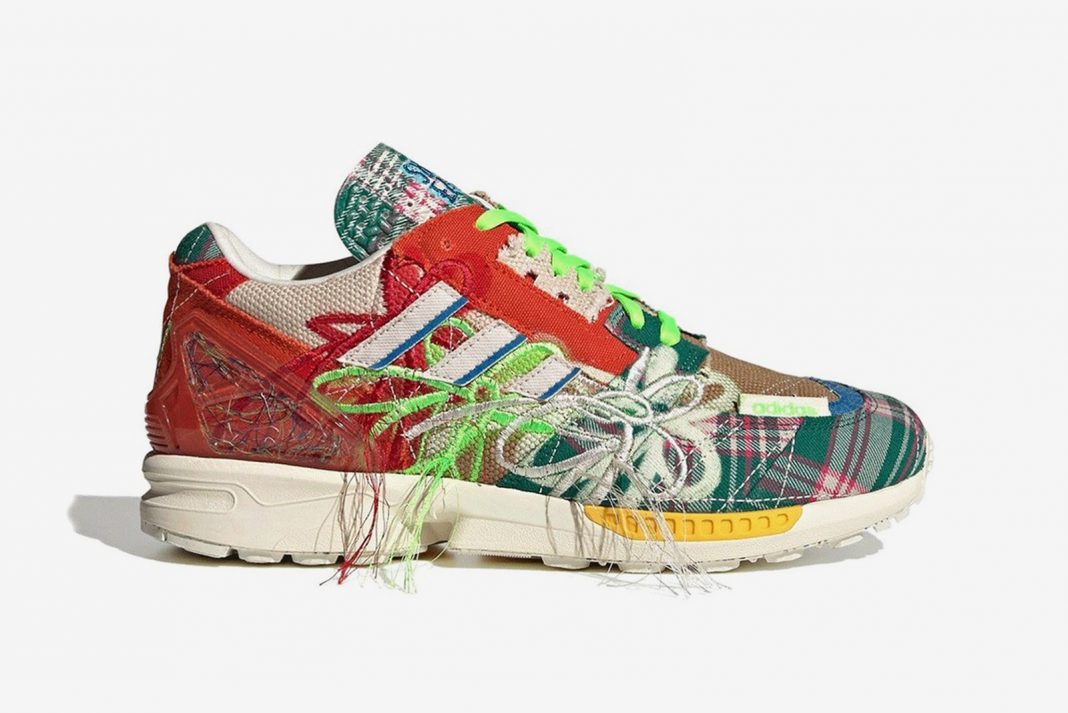 While Sean Wotherspoon has gone to social media to tease his newest collaboration with Adidas since last May, nothing was confirmed…until now. The adidas ZX 8000 SuperEarth is reminiscent of past collaborations between the two parties.

These include a cool version of the Superstar SuperEarth, which prompted adidas to release a collection of its classic sneakers that use vegan leather and an algae-based midsole. However, the ZX 8000 collab is definitely Wotherspoon’s most craziest one yet. 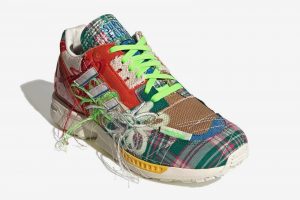 While previously unconfirmed, it is now official that the Sean Wotherspoon X adidas ZX 8000 SuperEarth will be part of the extensive A-ZX series, which we presume takes over the S position in the A-ZX alphabet.

With the inclusion of this pair, the series gains color and pop through the wild patchwork interpretation, mixed-material upper, Adidas trefoil and flower embroidery (as seen on the Sean Wotherspoon Superstar SuperEarth), and a tongue which boats of a bright SuperEarth graphic. Of course you know that this a a Wotherspoon collab with the SW branding on the heel cup area 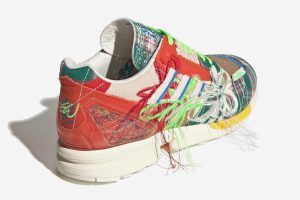 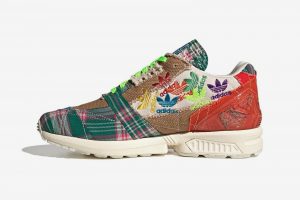 And let’s not forget the most important part: like Wotherspoon’s past projects, this loud sneaker is constructed using sustainable resources and practices. They are a statement sneaker if you are after loud, eye-catching colors while caring about the environment at the same time. 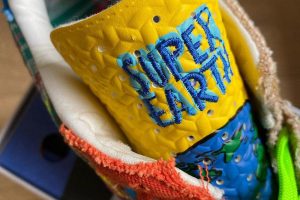 According to numerous sneaker reports, the pair is scheduled to hit the shelves on March 1, with an expected retail price of $140(~Php 6.8k). A good number of A-ZX collabs did become available in the Philippines, so we will not be surprised if they ZX 8000 SuperEarth will be available locally. However, given the hype on this pair, expect it to be sold out quickly.

While waiting for that, check out this article as we pose the question: Is adidas Waging War On Travis Scott With a McDonald’s Shoe?