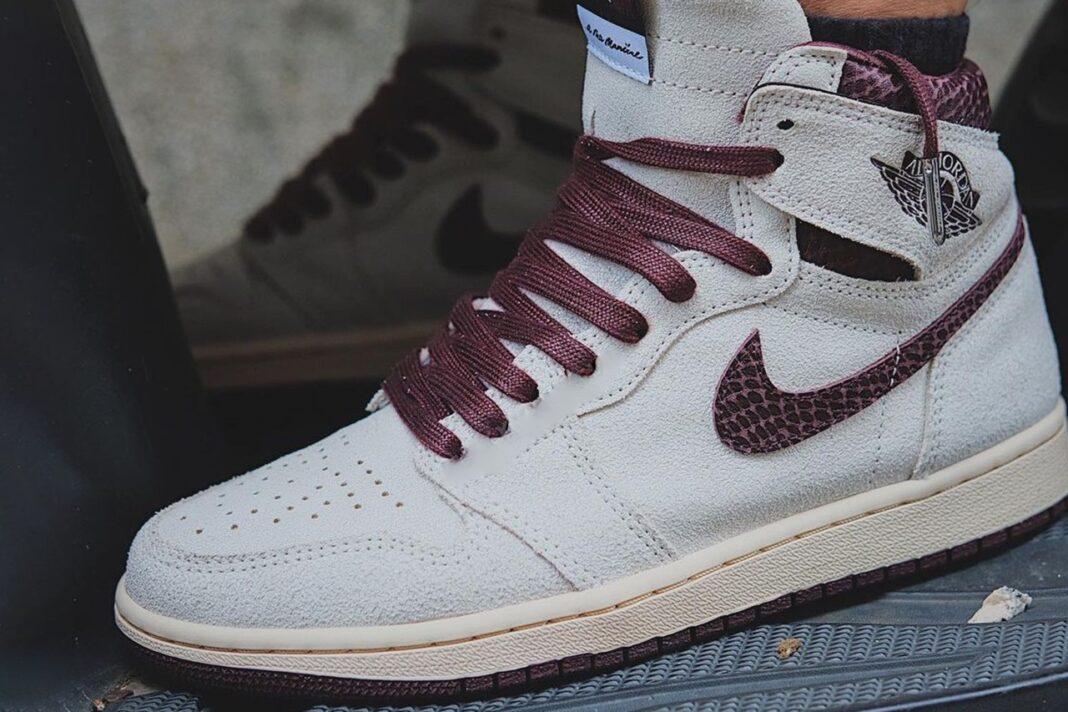 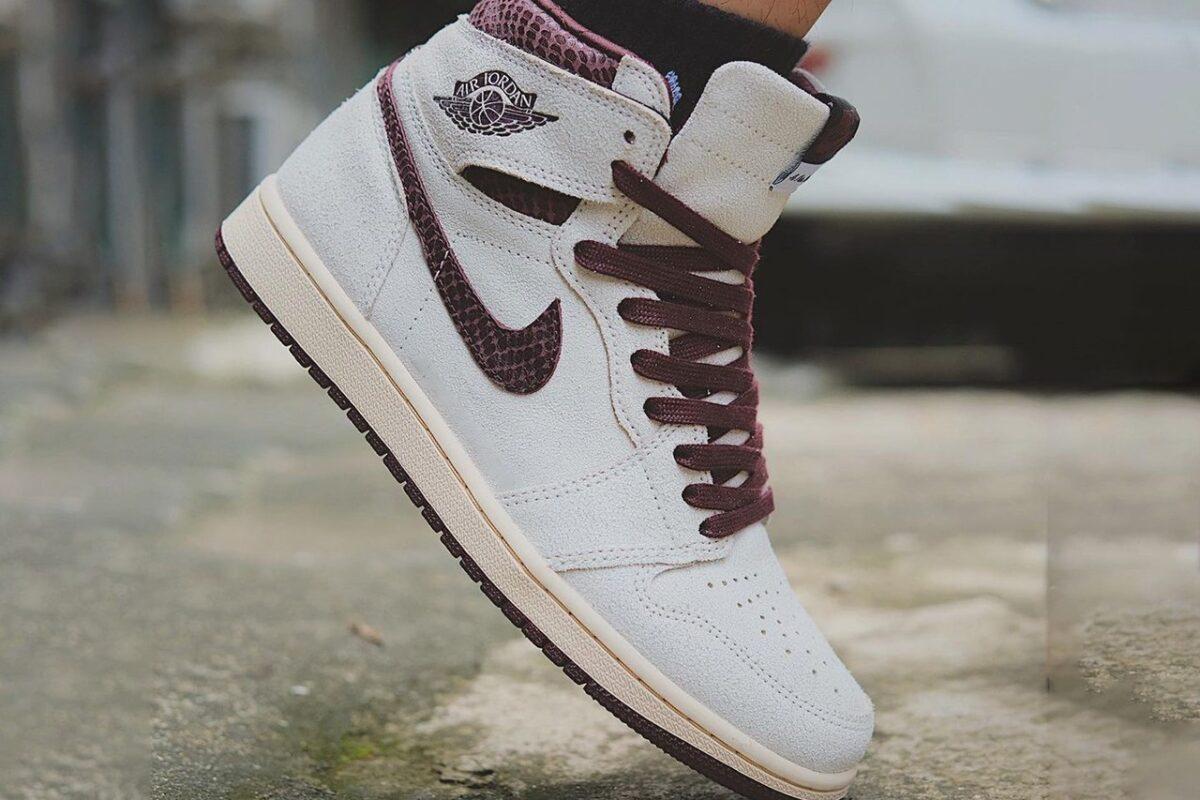 In today’s sneaker landscape, it’s oftentimes the loud releases that garner the most attention and hype. This year offers a bit more than that with the A Ma Maniére 3 “Raised by Women” which highlights a subdued vintage look that has gotten its nice share of fandom.

Following that up, A Ma Maniére is back with another collab with the Jumpman, using the Air Jordan 1 high as its canvas. 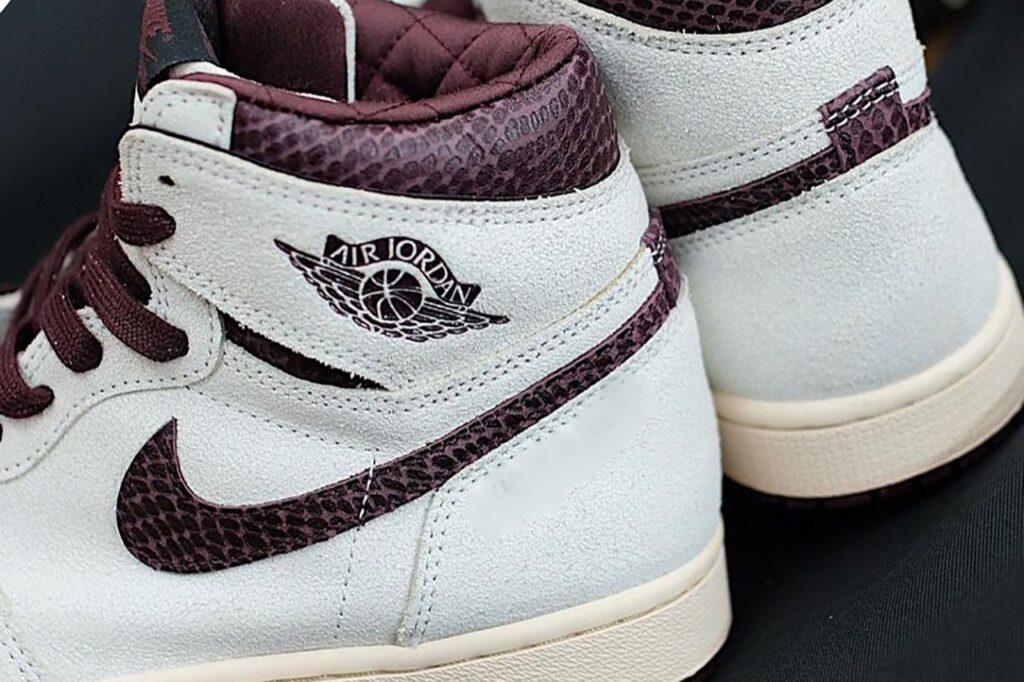 Highlighting a very clean design approach, James Whitner and co. deviates from the usual leather-covered silhouette. For its Air Jordan 1 collab, A Ma Maniére opted to use sail-colored suede for practically the whole upper. To contrast that, they have employed a nice maroon shade through the snakeskin Swoosh, collars, logos, and branding. 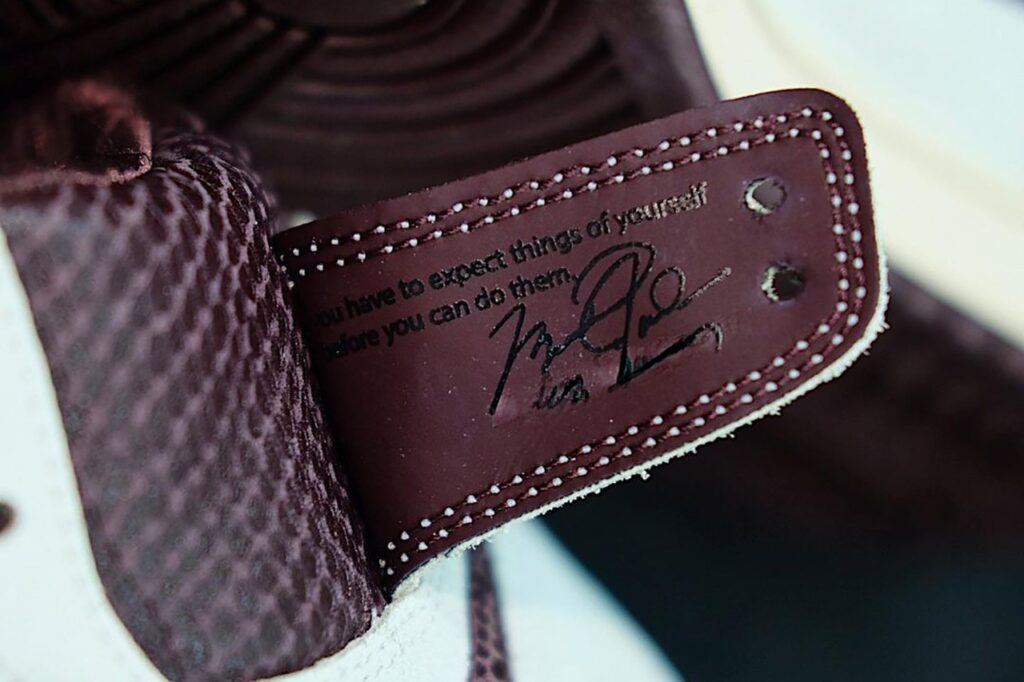 Similar to its Air Jordan 3 predecessor, this release also features a hidden message on the ankle flaps with Michael Jordan’s signature, along with the inspirational phrase: “You have to expect things of yourself before you can do them.” To top off the release are the pre-yellowed midsoles, full burgundy sole bottoms, and A Ma Maniére branding on the tongue. 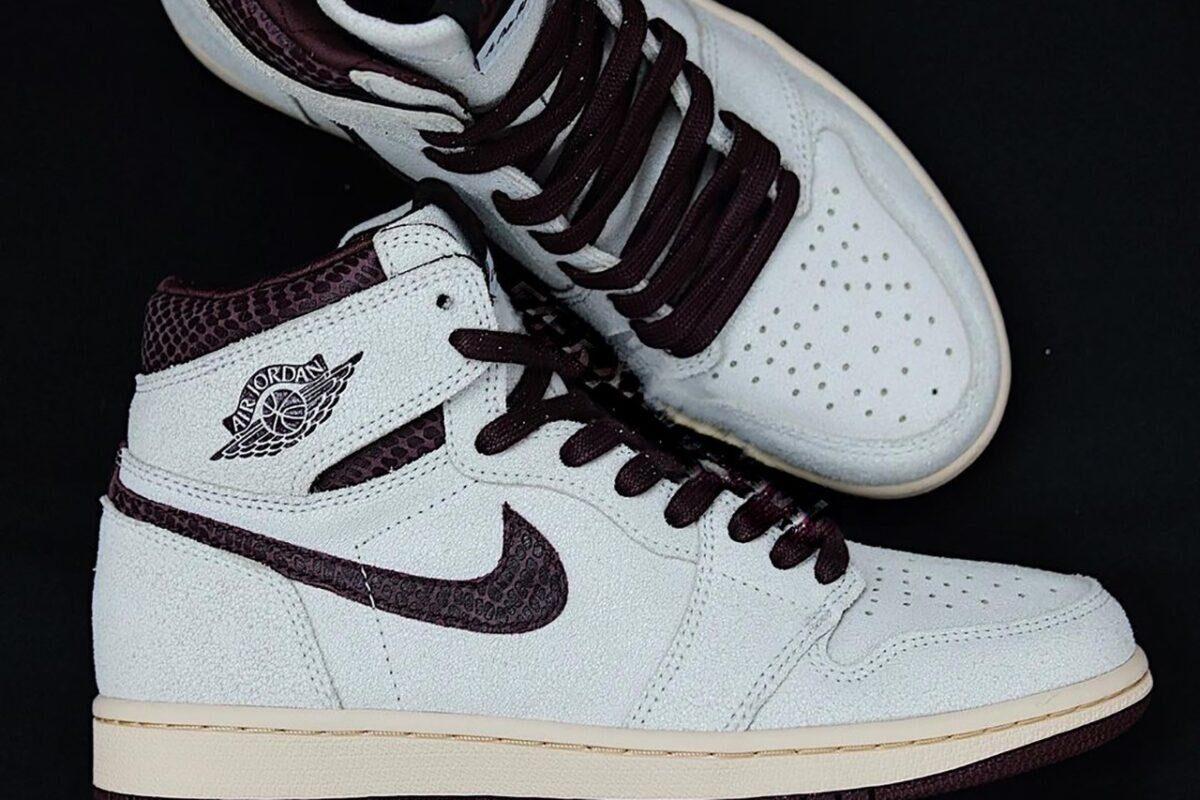 Looking through the overall color blocking of the collab sneaker, the A Ma Maniére Air Jordan 1 looks like a luxurious and more subdued version of the Metallic Red Air Jordan 1 High OGs that came out back in 2017.

What’s interesting with the 2017 Metallic Reds is that StockX prices put it at an average price of around Php 25k–and that’s IF you can find one in the market.

We do not know when A Ma Maniére will be dropping this clean Air Jordan 1 pair, but we expect them to be a surprise drop later this year and presumably in women’s sizing. We do hope, however, that the drop on these would not be as disastrous as the Fragment X Travis Scott Air Jordan 1, which sparked controversy not just in the Philippines but in other countries as well.

Do you think this iteration of the Air Jordan 1 can outdo its Air Jordan 3 counterpart? Will it be a smash hit? Hype or not, it is sneakers like this that keep the scene extra interesting! Definitely one for the list–and hopefully it will be easy to cop.