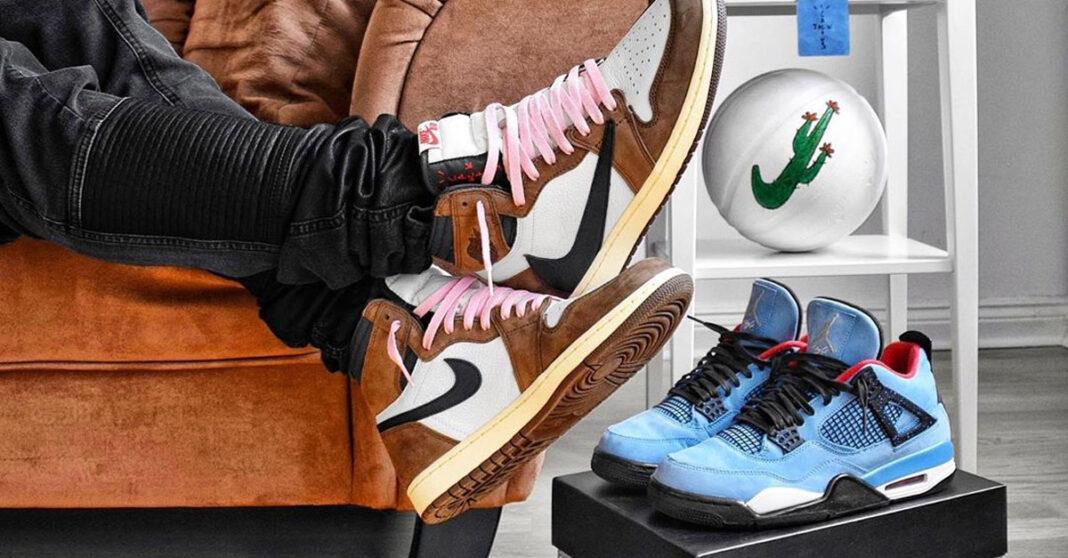 Just a few days ago, Travis Scott had two things to celebrate: his 29th birthday, and the release of the Travis Scott x Air Jordan 6 “British Khaki”. Over the past few years, Travis has arguably been the most influential rapper in the sneaker and streetwear industry. Not only have his collaborations been limited to Nike, but pop-culture giants as well such as McDonald’s and Fortnite. Now, as we celebrate Travis Scott’s accomplishments, we’ve decided to collate our Top 5 Travis Scott x Nike sneakers.

Thus far, the American rapper has managed to produce 11 different sneaker iterations through a partnership with Nike and Jordan Brand. However, we can’t deny that some releases have been better than others, such as the following: 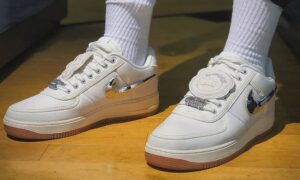 The Travis Scott x Nike Air Force 1 “Sail” was the successor of the same sneaker in white. The silhouette reintroduced the use of velcro to provide a customizable sneaker. While this colorway served to be less limited compared to its predecessor, we believe that the sail upper fits in better with the gum outsole, creating a more unified aesthetic within the sneaker. 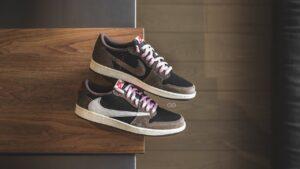 Next on our list, we have the Travis Scott x Air Jordan 1 Low. As we all know, the Air Jordan 1 Low silhouette gets much less love compared to the high top. However, with this release, we got to see the low top in a different light. The color blocking scheme and proportions of the swoosh are what carry this sneaker. And most of all, the light pink laces are the cherry on top, rounding the entire sneaker together with just enough contrast and color. 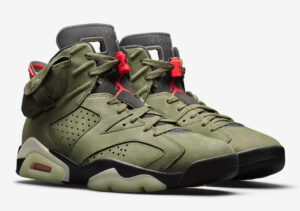 The Travis Scott x Air Jordan 6 “Medium Olive” first saw the light of day when Scott himself had them on feet during the Super Bowl LIII halftime show. Ever since then, the hype around this sneaker has never died down. Unlike many other sneakers, this Air Jordan 6 boasts a military-inspired color scheme and a unique cargo pocket-equipped collar. Thankfully, we have options when it comes to this silhouette as Scott’s most recent release presents this same sneaker in a “British Khaki” colorway. 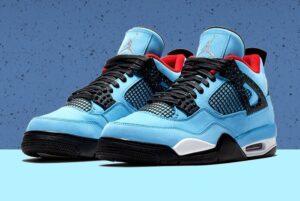 The Travis Scott x Air Jordan 4 stands alone from the rest of the collection as it is the only pair that doesn’t incorporate the signature color scheme of earthy browns, greens, and off-white. Inspired by the Houston Oilers, the sneaker dons bright blue and red, presenting a fresh aesthetic that’s very rare to come by. Like every other Travis Scott release, the hype surrounding this sneaker was not scarce, causing resale prices to be around four times the retail price. 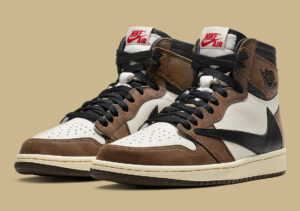 Do you agree with this ranking? Let us know! And if you’re a fan of La Flame, check out this article as he’s spotted Showing Love for the CdG PLAY x Converse Chuck 70s!