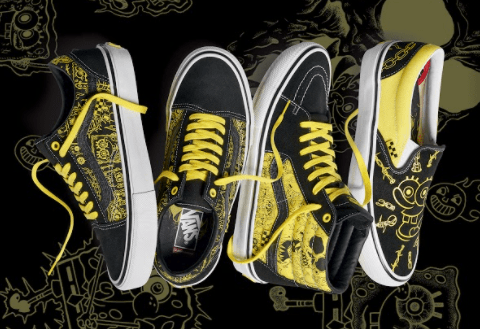 What happens when everyone’s favorite yellow sea sponge meets the world’s number one skateboarding brand? We’ve got the answer for you! Vans, the original action sports footwear and apparel brand, has teamed up with Los Angeles-based artist/illustrator and skateboarder Mike Gigliotti to deliver a new footwear and apparel collection. In fact, there’s no need to wait any longer as the Vans x SpongeBob x Mike Gigliotti Collection is already available in the Philippines! 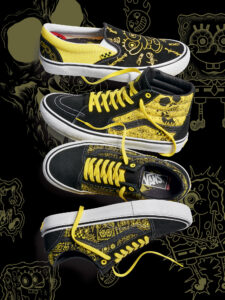 The footwear collection is comprised of three different silhouettes: Vans Skate Slip-On, Skate Old Skool, and Skate Sk8-Hi. Throughout these three pairs, Gigliotti strays away from simply re-drawing SpongeBob, rather he maintains the original character while adding his own art and doodles to a newly created underwater world of skateboarding.

“Growing up drawing all the time and watching cartoons, I loved the cartoons with weirdos… SpongeBob is exactly that, in a good way! He’s hilarious and so are all the characters on the show. Being able to work together with Vans and SpongeBob is special to me— it’s a combination of my favorite things: skateboarding and drawing.” –Gigliotti 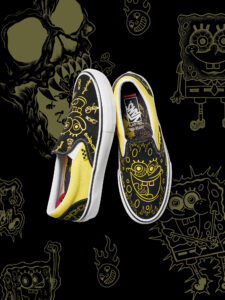 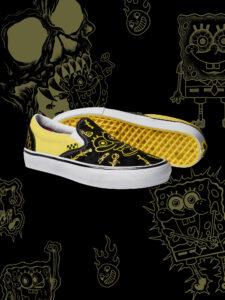 The Vans Skate Slip-On features SpongeBob’s easily recognizable facial features in yellow, against the pitch-black upper. Accompanying this design are fun patterns that are an essential part of SpongeBob’s character, such as sponge holes. The combination of both yellow and black found on the sneaker’s upper provides contrast throughout the sneaker, bringing our sea sponge friend to life! 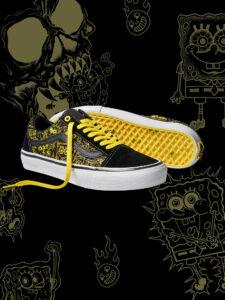 Arguably one of the most iconic Vans silhouettes, the Skate Old Skool also gets its own SpongeBob rendition. Unlike the Skate Slip-On, this sneaker boasts a darker upper with the use of a majority-black design. A yellow SpongeBob motif can be seen on the pair’s quarter, which gives a fresh popping design. Completing the entire aesthetic, yellow shoelaces provide the perfect amount of color to remind us of the fun attitude of SpongeBob and the rest of the show’s characters. 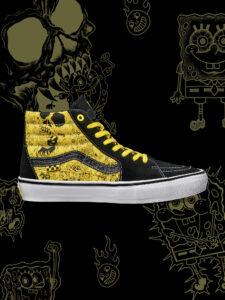 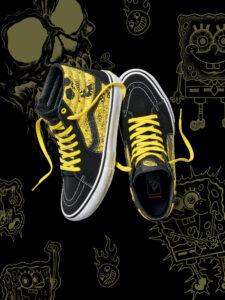 The Skate Sk8-Hi sets itself apart from the rest of the collection as it takes a different approach in showcasing the SpongeBob motif. Aside from the fact that this silhouette features a skull design, the image is created with a yellow background and black print. This presents us with options on which sneaker we would rather rock; either a more subtle pair, or a louder one.

The Vans x SpongeBob x Mike Gigliotti collection is currently available while supplies last at the following Vans stores in the Philippines:

Check out another sneaker that is expected to hit shelves sometime in the near future: The NMD S1 Goes for a Radically Different Design!