Home Editorial 366 Review: A Lesson on Grief and Moving On 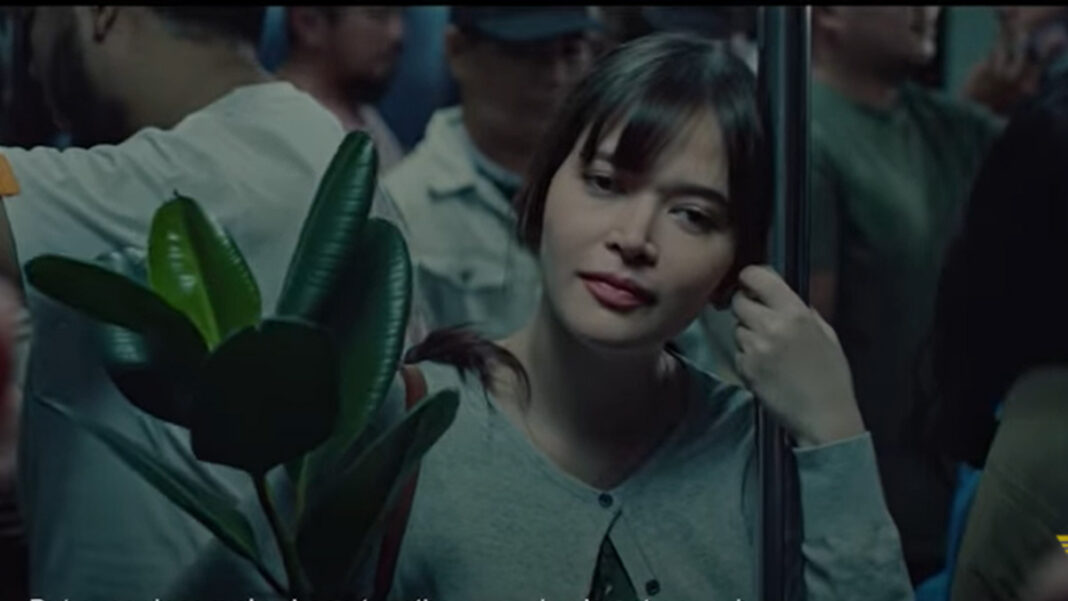 There is just a certain appeal and unique mood that Filipino films give us which makes them all the more exciting to watch. The is also stems from the fact that nothing beats watching local content that truly makes us Filipinos proud, especially when innovative stories and visuals are displayed. The most recent film that has made waves on Netflix is a Viva-produced movie entitled 366 and due to the period of time that it has stayed on Netflix Philippines Top Ten movie list, we took the time to watch and review the film in its entirety. 366 is a Filipino film that stars Bella Padilla, Zanjoe Marudo and JC Santos. In addition to starring in the film, it is worth noting that Padilla also wrote the story and directed the film making this a triple threat type of film for the actress.

366 follows the story of June (Bella Padilla) whose relationship with Pao (JC Santos) meets an unexpected curveball — a tragic and irrevocable one for that matter — when the latter suddenly passes away while the two were on a trip together to Istanbul. Overcome by grief, June dives deep into a reclusive and unmotivated lifestyle as she succumbs to the pain of losing her boyfriend, and the pain is all the more amplified when she learns that Pao was supposed to propose during the said trip. Now back in the Philippines, June’s neighbor who is also a common friend of the two takes on the challenge of aiding her journey of moving on, healing, and eventually falling in love once again. The process becomes challenging however when the two neighbors slowly realize that there are feelings brewing up within them for each other.

This review of the 366 will, for the most part, be spoiler-free. We will focus on the overall direction of the movie, its themes, and some notable performances from the cast.

Off To A Great Start

The film shows great potential during the first few minutes alone. 366 feels like a very heavy and deep indie film initially. The sequences between June and Pao in Istanbul are very intimate and emotional while hardly needing anything extra to work. In the simplicity and subtlety, the film dives into the mumblecore sub-genre just like films such as That Thing Called Tadhana. The weightiness of this film is seen immediately as there is a rush of emotional depth that is uncommon with romance genres as it usually occurs in a staggered and progressive manner. This format in story-telling points to the unconventional manner with which 366 makes all of its cinematic and narrative choices. The said emotional quality in these first few minutes is an instant hook for any viewer as there really is an ability from the film and its writing to draw us in, expectant with how everything would unfold.

If only this were the case for the entire movie. The transition from the emotional quality is quick and abrupt and in turn, the movie takes on a different tone altogether. Once Marco (Zanjoe Marudo) steps into the picture there seems to be a different story and mood that is created that sadly is a far cry from what the first few minutes had given us. It isn’t necessarily all that bad, it’s just a tad bit misleading. In what should have been an attempt at a quality indie-like film 366 quickly turns into a formulaic Filipino film that heavily relies on romantic montages and quick-sighted humor that at times turned into a cheesy mess. The presence of Marco admittedly is an attempt to change the mood and disposition of June but Marudo inadvertently altered the serious quality of the film. It’s not necessarily the actor’s fault, to be honest. Not at all. It’s more of the inconsistent flow in terms of what the film really sought to deliver. There was a back and forth from two very distinct directions that 366 at times felt lost in itself in terms of its identity as a movie.

Now that the inconsistent tonality of the film has been addressed, one of the aspects that make 366 a pretty good Filipino film offering is the themes that the movie sets to address. Grief. There is first and foremost a very timely message within 366. Bella Padilla is able to nail this in the acting front as a woman completely lost and void of meaning after experiencing loss. She is for the most part looking for herself throughout the entire film. There is a great understanding from Padilla’s part with this role as she is able to squeeze out a very subtle yet strong performance of a woman who has just lost everything. The way this even explodes in the climactic moments is just phenomenal as the acting style is just believable. This is what 366 can boast, the very realistic and authentic manner in which grief is showcased through the story and the characters.

This is where Marco comes in as well. Zanjoe Marudo’s character isn’t just the literal boy next door that June is supposed to fall in love with to get over Pao. He is the very vehicle with which June’s grief is further showcased. The premise of the film comes in through Marco which admittedly seems like a very absurd proposal for someone who is grieving — to move on in the span of a year. This very challenge is the means with which we see all the more the very state that June is in. It’s through the absurdity of it all that we come to realize the implausible mission that Marco gives as he too is sucked into the very healing process. That’s what is amazing to witness in terms of the direction of the film. There’s more to it than meets the eye than a simple proposition of moving on. It’s a story that tackles the multifaceted factors that sink in when it comes to grief and healing and how in a way there is a cycled manner when it comes to moving on from the pain.

One of the moments that piqued my interest was June’s recollection of her last moments with Pao. There was a very poetic manner in which the film was able to show June’s healing process. The details became blurry and so was her resolution to hang on to the past. She wasn’t fully healed at this point of the film and the grip to hang onto her precious memories and relationship with Pao even slowly started to fade. This was very powerful, to be honest, as it perfectly showcased guilt in moving on as well. Again Padilla was able to nail these moments right on the head. 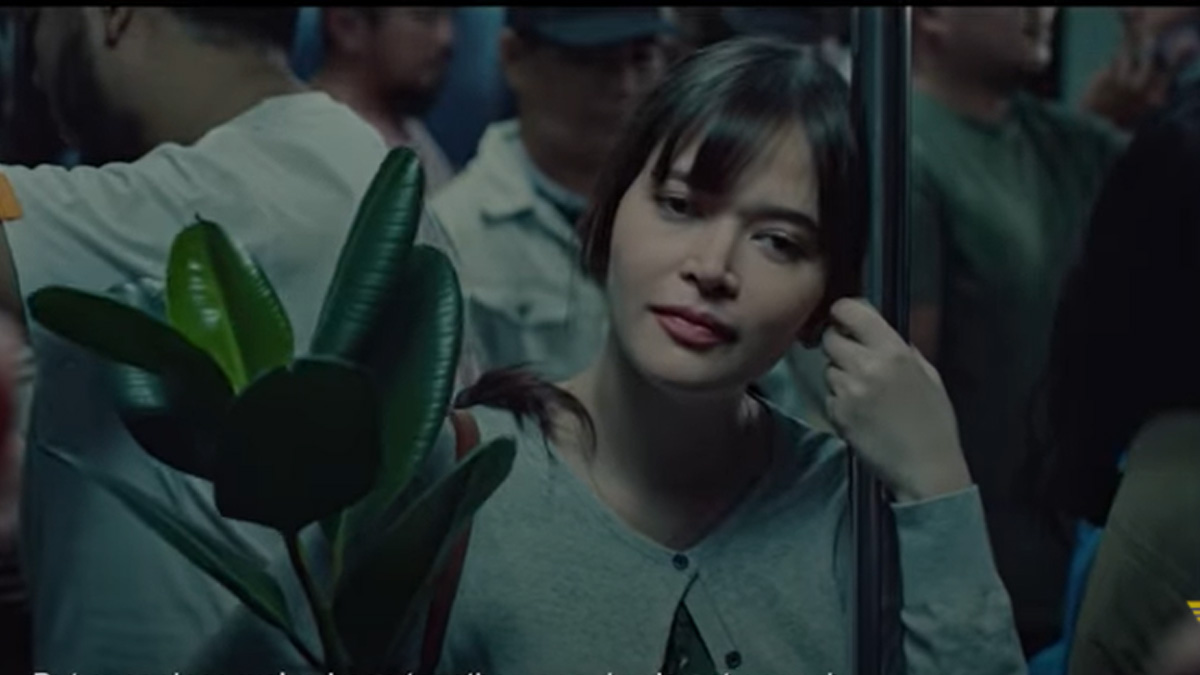 As great as these moments were however this blurry recollection seemed to penetrate and seep into the very story as well. There were some moments and elements that weren’t all that clear and in fact were hidden from the audiences. Firstly, the relationship between June and Pao wasn’t all that clear. It wasn’t that established beyond the fact that they had a long-distance relationship, to begin with. This in a way questions the weightiness of June’s grief. The relationship, to begin with, doesn’t seem to be sturdy enough. Therefore it begs to question if June is truly experiencing true grief or if it is merely guilt and thinking of all that could have been. I guess this may be a sentiment that is left for viewers to interpret on their own.

The loose ends don’t stop here but even in the quality of Marco’s relationship with June. The film focuses more on things said rather than what is seen but it would have been a better experience to have glimpses of what the characters actually went through. Marco’s feelings were just uttered and for the most part, 366 seemed to have the intention of allowing viewers to just take them as is and read between the lines. In doing so, as the audience more is left on our part to truly analyze the characters themselves. The film also has its moments of confusion especially when it comes to the so-called “twist” in the end that somehow negated the events of the first few parts of the Marco storyline. The back and forth of the timeline of the one year that transpires within the story in itself is quite blurry as well.

All of these being said however 366, as seen in our review, still manages to bring out an entertaining quality despite some confusing elements. The visual appeal is on a pretty decent level and there were some shining moments on the acting department especially that of Padilla’s. The film had a promising start but our only regret for 366 is the inconsistent direction as it reverted back into a common Filipino romance film that tried to inject some humor along the way that just ultimately felt flat. It may have the tendency to get lost amidst other Filipino films that have the same tone, story and direction. 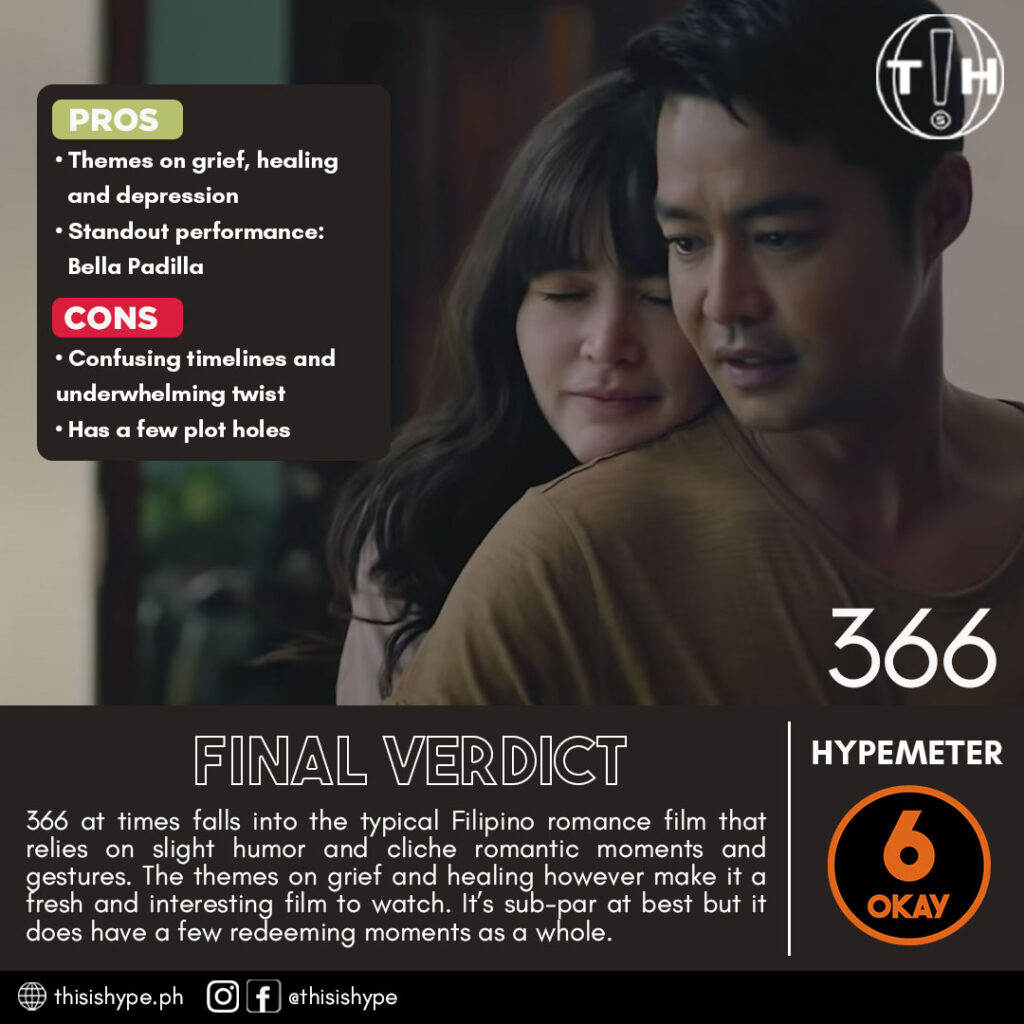