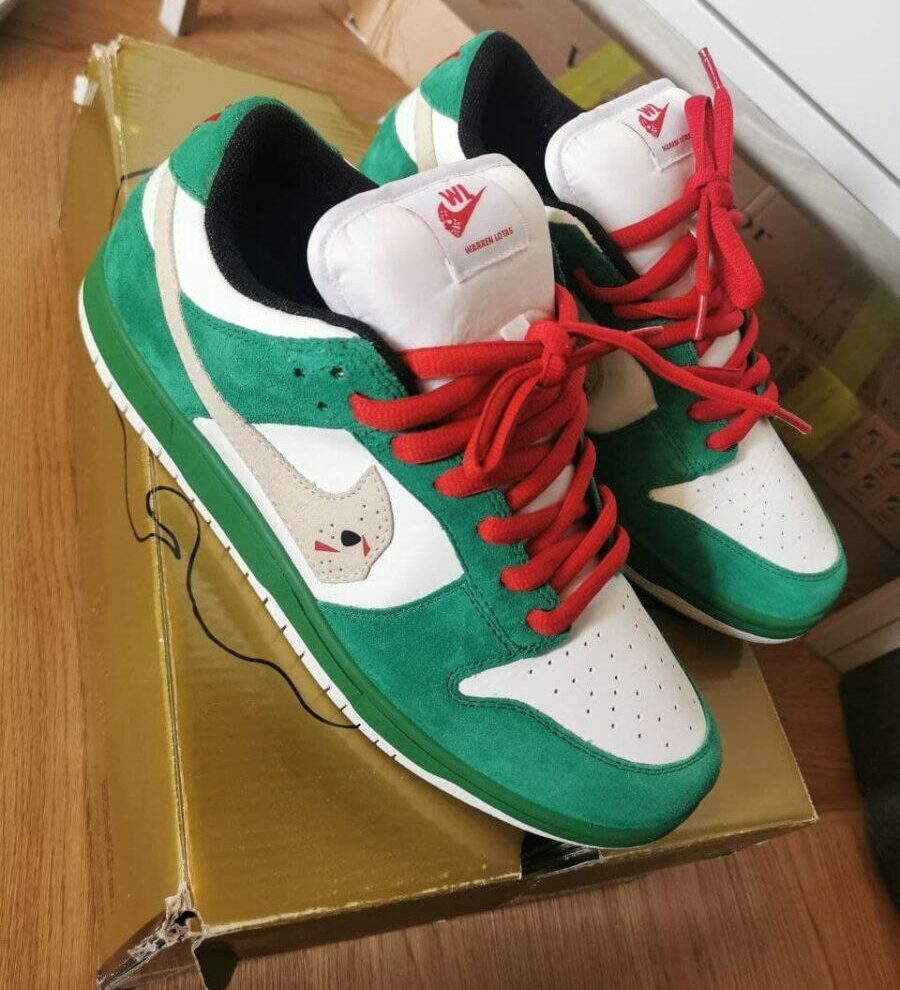 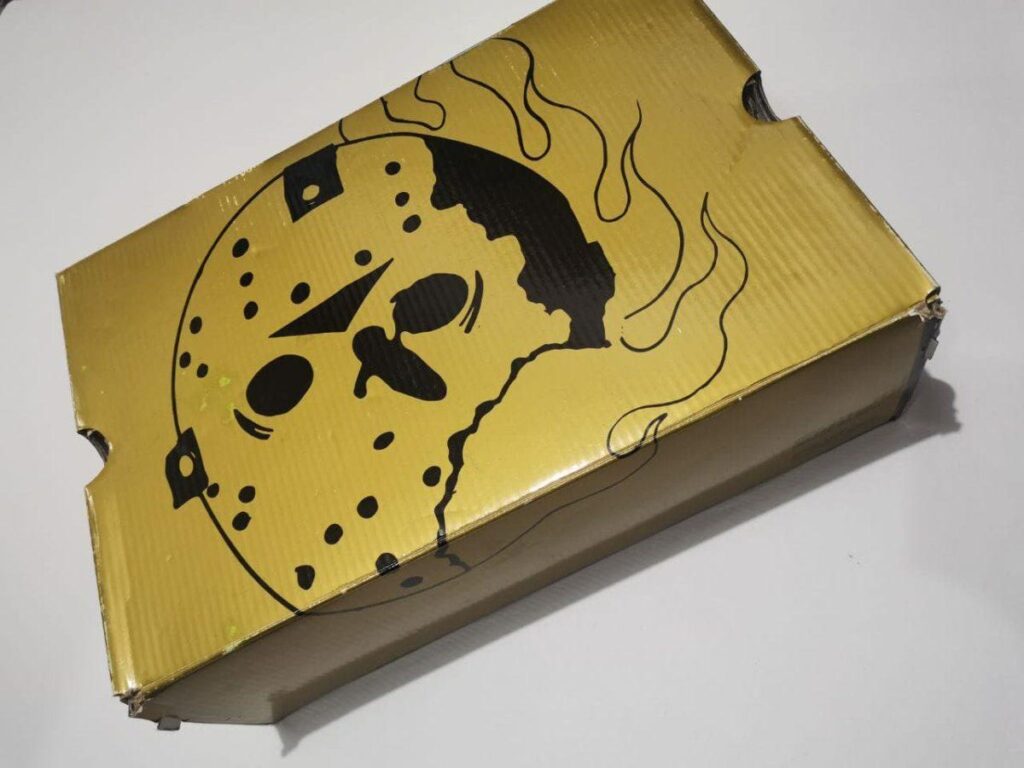 Love it or hate it, the fact that bootleg sneakers are a part of street/sneaker culture can’t be denied. No one really can claim originality these days. The best thing to do is move forward and embrace the changes. 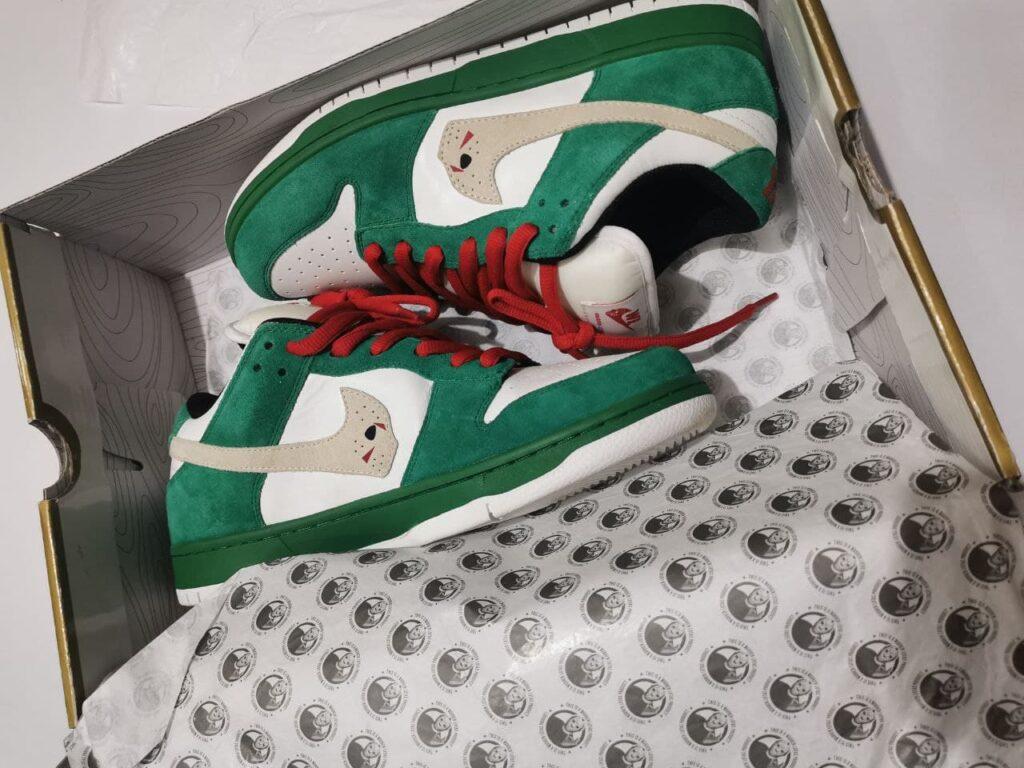 That being said, there is a fine line between custom sneakers and bootleg ones. Custom means taking an existing pair, painting, or deconstructing it to give way to a new design. This self-proclaimed “Custom” by Warren Lotas isn’t exactly a custom pair, we’ll say that. 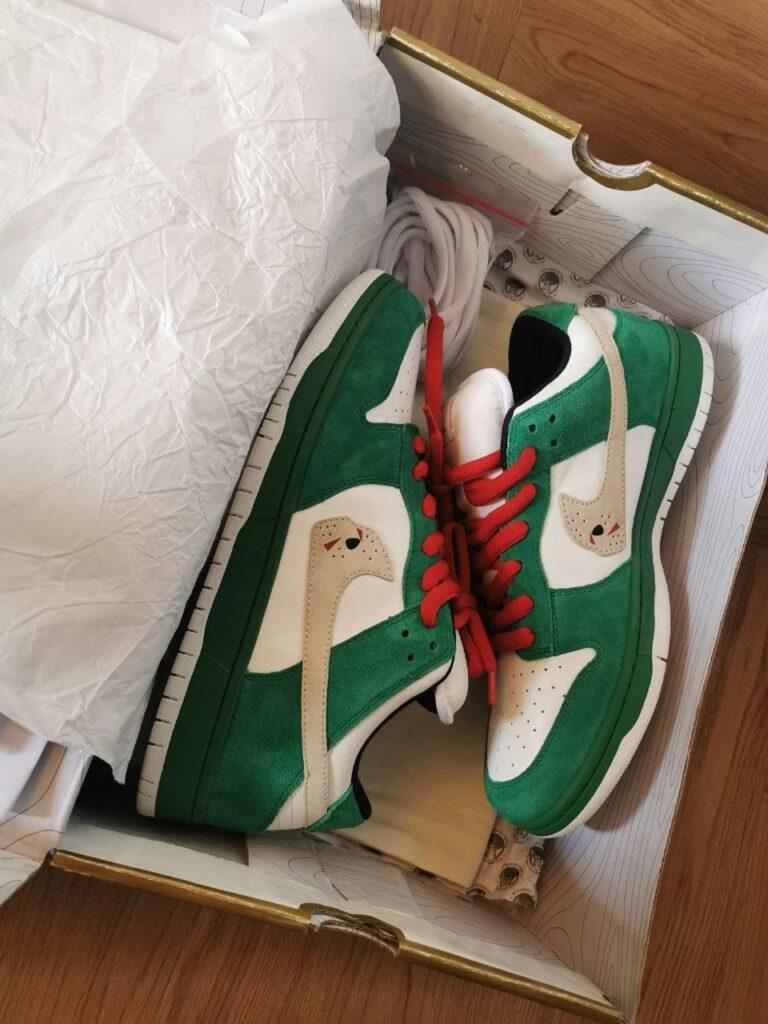 This is his official second pair before the Nike lawsuit came in. Decked out in an obvious Heineken Dunk colorway dubbed as Toxic Green, Lotas puts his personal stamp on the shoe via his Jason Voorhees swoosh. Some may say it’s a lazy design choice but we think it really works. Basically, it really is a Nike Dunk SB with his design twists and sometimes less is more.

These run a bit small than your normal Dunk as they fit more like a Nike SB with its over-puffed up and garterized tongue. We would suggest going a half size or even a full size upon them (that’s IF you can find one, that is). They surprisingly feel comfortable the same way you’d expect from an SB Dunk really. 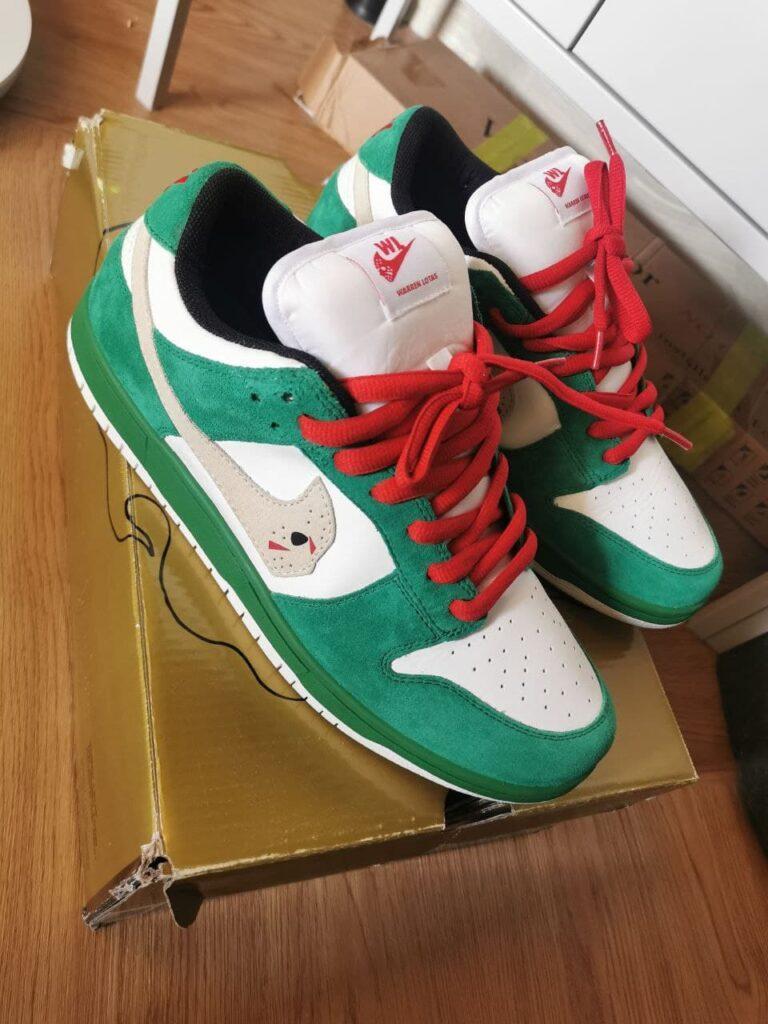 How Do We Feel About Them

We were pretty sold on the Jason Voorhees ones and we thought this follow-up is a bad idea initially. But upon getting the pair in hand and being fans of the Heineken Dunk colorway, we can say this is a nice quality product. It’s basically an extension of Warren Lotas’ vision much like his clothing and accessories. If you think paying huge money for an OG Heineken SB is not worth it, then this may be the next best thing.

They are basically unavailable on sites like GOAT and StockX as they were taken down. With a little deep dive, you can get a pair for $350 to $400, which is not bad considering the controversy it holds.

We can definitely say that this is a forbidden pair as it was the shoe that was being distributed in the middle of that Nike lawsuit. If this shoe’s been delayed for a couple of weeks, chances are they would’ve been seized and confiscated. 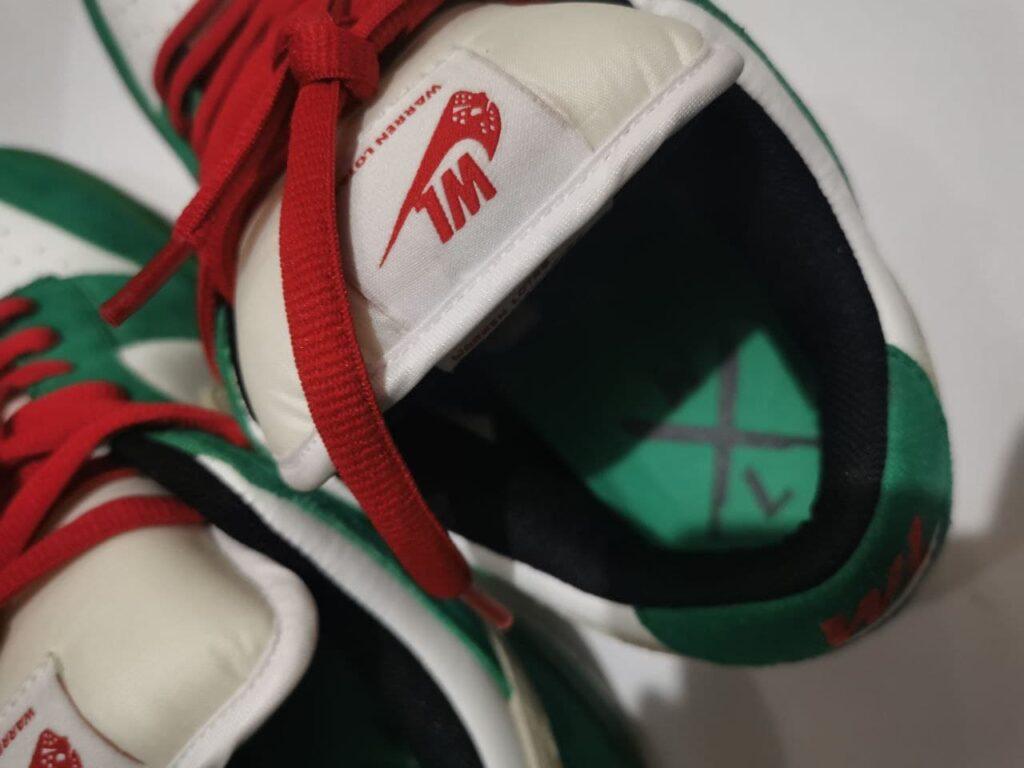 If you’re more about sneakers than brand loyalty and you’d like to have a piece of sneaker controversy in your collection, then this is a highly recommended pair. Bootleg sneakers have come a long way that really can’t define what the word means. To us, it’s an art form and everyone shouldn’t really take themselves seriously.

Speaking of bootlegs, you should check out our conversation with DBTK and the creation of their Spark Dunks here.