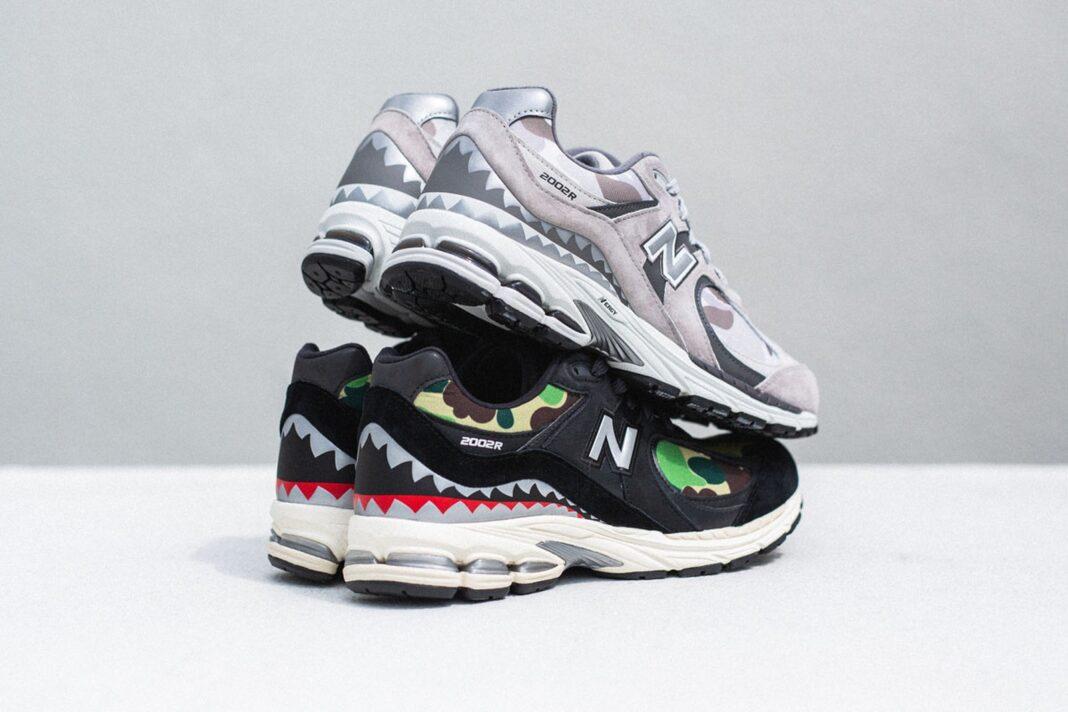 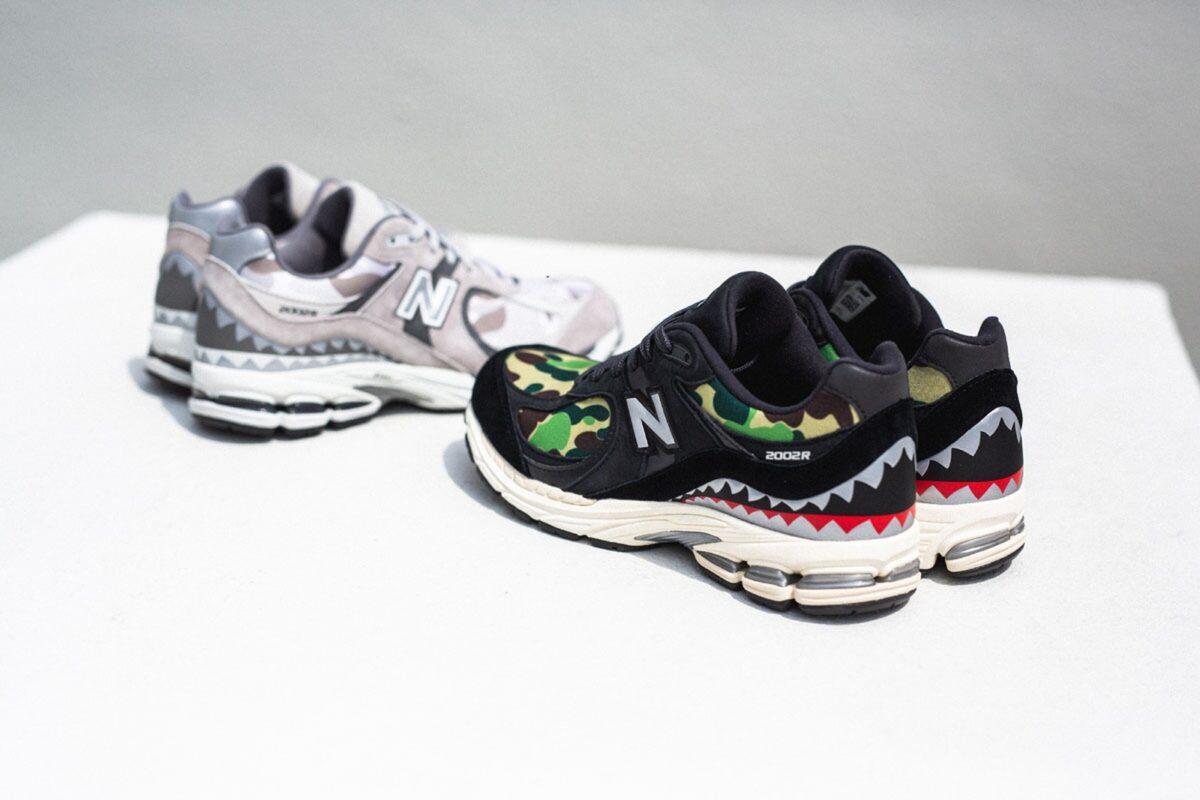 BAPE is always a staple in collaborations among brands especially sneakers. You’ve seen their collabs with rappers, celebrities and a lot more. The brand’s contribution to streetwear culture rivals that of Supreme- in some ways even better.

Fresh off their adidas Superstar 80s collab, here is a look at the BAPE x New Balance 2002R. Initially in the rumor mill, they’ve set a June 5 release for this hot new collaboration. 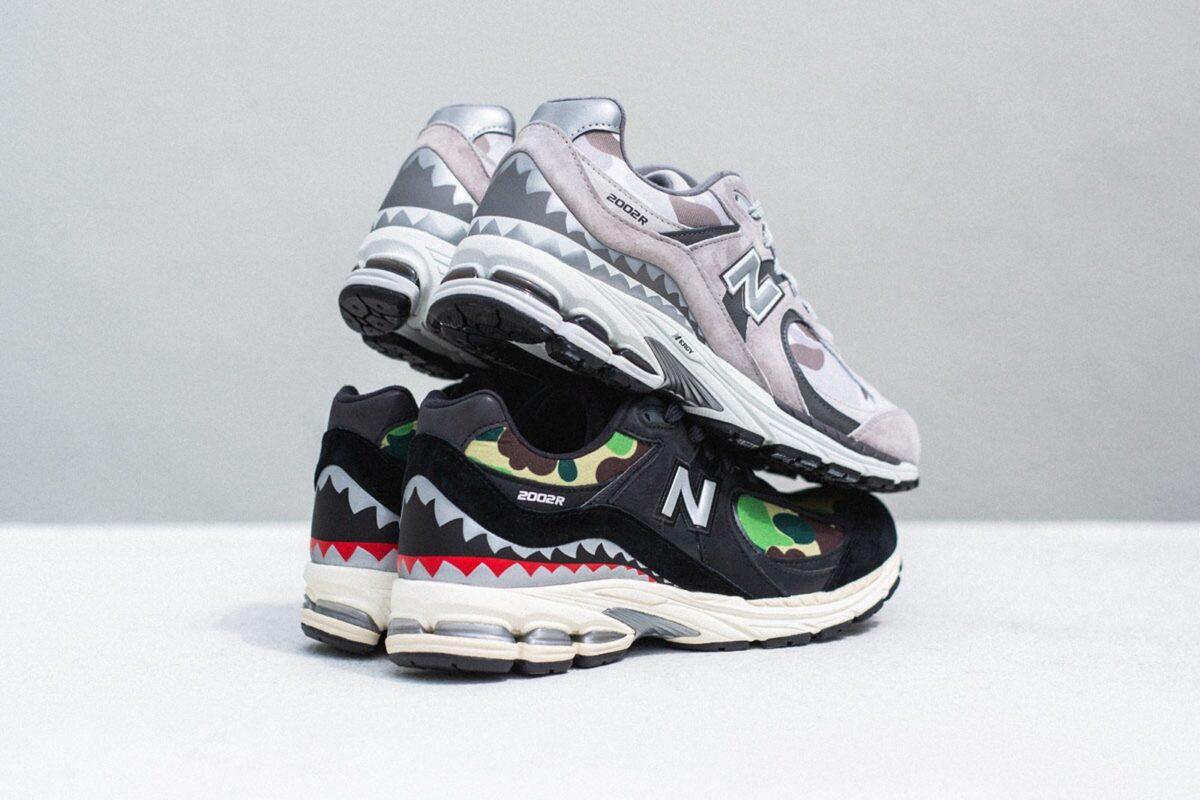 The retro New Balance runner is given the ABC camouflage makeover in classic green and grey. Predominantly BAPE’d out, both pairs also boast of BAPE’s signature shark teeth motif at the heel, giving it a war plane twist. 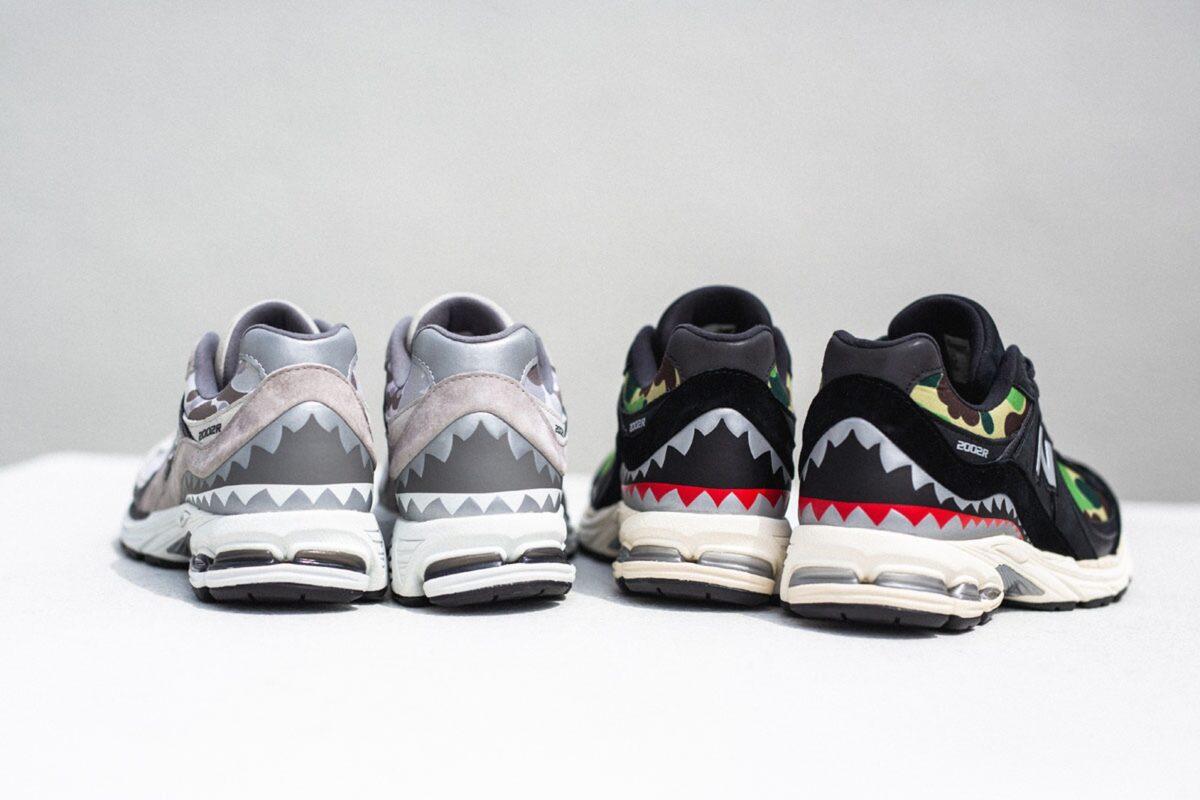 The New Balance 2002R is a 2010 release that boasts of a super premium feel, a proud “Made in USA” craftsmanship, and a hefty price tag of $260(~Php 12.5k). The high-end running sneaker was retroed last year and is made more affordable-with a reworked sole lifted off the from the 860v2 to match.

Since its return, the New Balance 2002R earned several collabs from Salehe Bembury, thisisneverthat, and Invincible and N. Hoolywood, and this BAPE collab might be its biggest one to date. 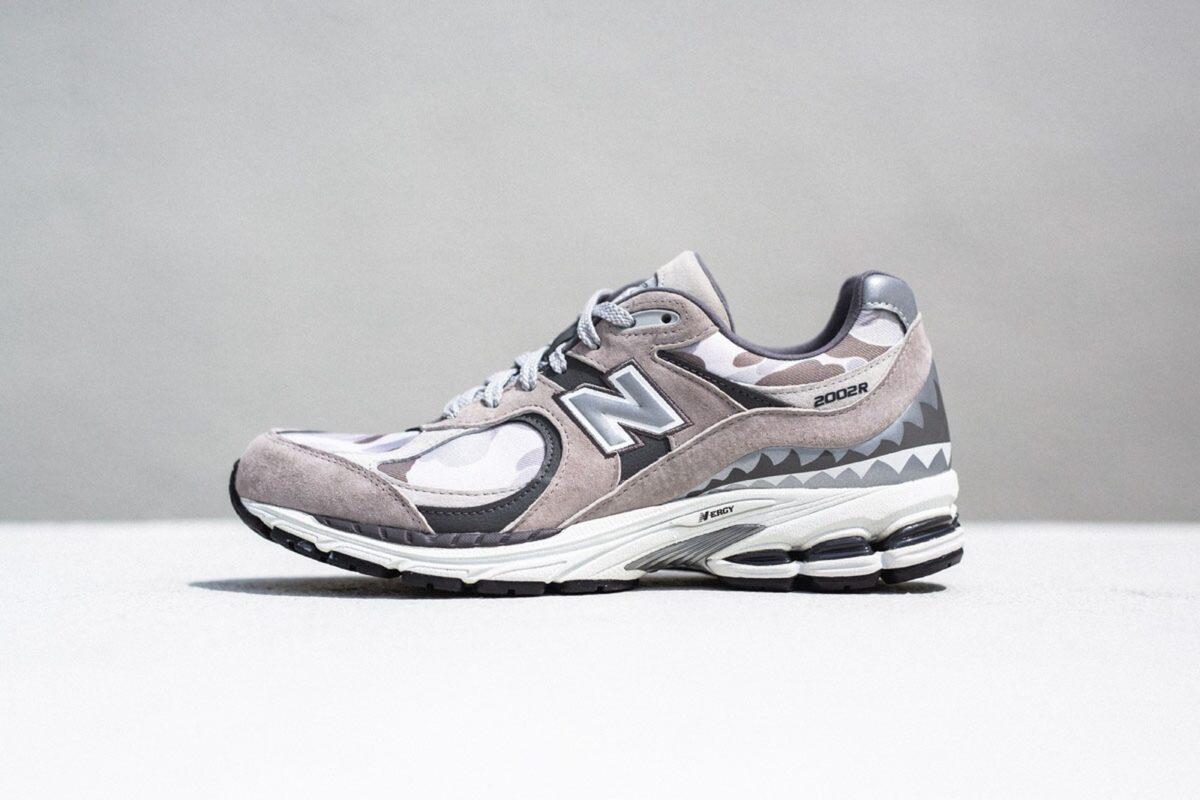 With a release scheduled in China on June 5 and an official global launch at a later date, the two colorways of the sneaker will also come with a capsule collection that consists of clothing to match the said sneaker set. We expect them to be really expensive, but they will most likely sell out quick given that it is a BAPE collab. That being said, we wish you all the best in securing this hype dad shoe.

Speaking of twists on classic sneakers, this Nike Air Force 1 Low Timeless Classic review should be on your must check out list. 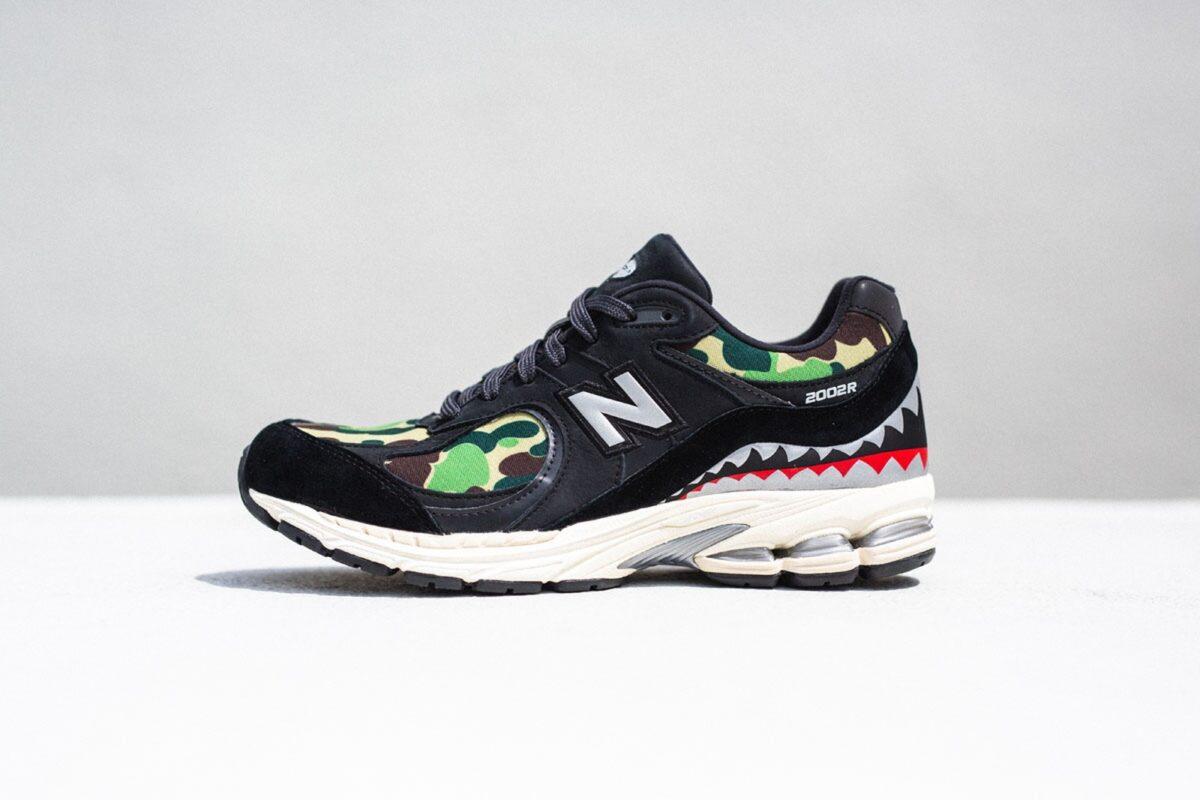