The Netflix horror event, Fear Street Trilogy has concluded with its last installment released last Friday, June 16. As mentioned in our previous reviews of Part One and Part Two, we will be reviewing all three films. 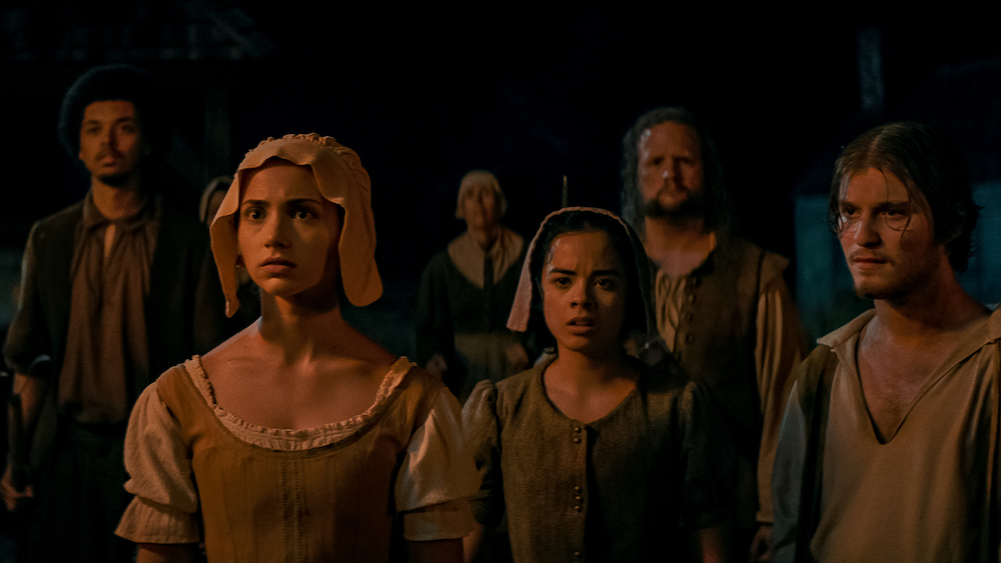 Check out our other Fear Street movie reviews:

With all three films now available on Netflix, we are now able to view the Fear Street story in its entirety while simultaneously being able to evaluate if the films are truly worthy additions to the slasher-horror genre. Here’s our review on Fear Street Part Three: 1666.

Take note that this review may include some spoilers (especially for Parts One and Two, in case you haven’t seen it yet), but for the most part, we will leave out any major plot points that may tamper with your viewing experience.

The third installment follows the same overarching storyline from Part One where the stories of Deena, Josh, and Sam left us — with the addition of an adult version of Ziggy from Part Two. After Deena unites Sarah Fier’s hand from her with her decayed corpse, she is brought into the year 1666 to relive the events surrounding the infamous witch and her eventual execution. It turns out, however, that the legend of Fier isn’t exactly as accurate as people have thought it to be. Deena must uncover the truth in order to save her one true love, Sam, and her town of Shadyside before it’s too late.

A Different Kind of Origin Story

Fear Street Part Three: 1666, is for the most part an origin story that tells the root of the curse that torments the town of Shadyside. What makes the film interesting however is the fact that it utilizes the actors and actresses that we have seen in the previous parts as they play different roles and characters. The unique storytelling style adds a fresh take on the trilogy which was already falling into a formulaic narrative. The timeline also provides a different take on the film franchise as well which provides a pretty decent backdrop for all the Sarah Fier fiasco to occur. 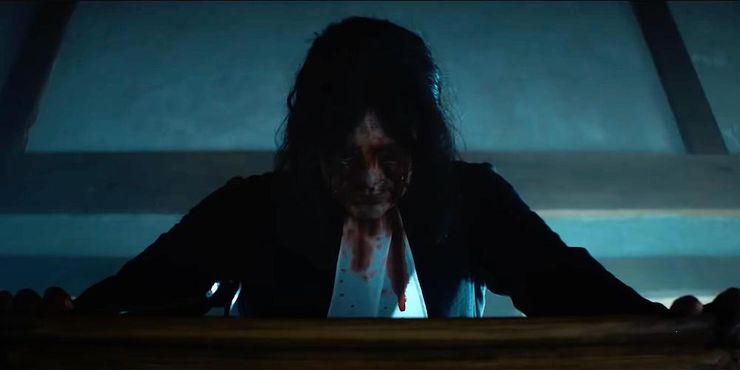 The utilization of the same group of actors and actresses allowed room for diversity for the cast — which is evident in the movie. The majority of the cast members did an amazing job portraying their ‘60s counterparts and allowed more screen time especially for those who were already killed off during the first two films. The make-up, costume, and production design teams also did a fantastic job in creating a small and quaint village. The highlight in this film will still be hands down the killings in the church which were so emotional and gut-wrenching and were so subtle but beautifully done. 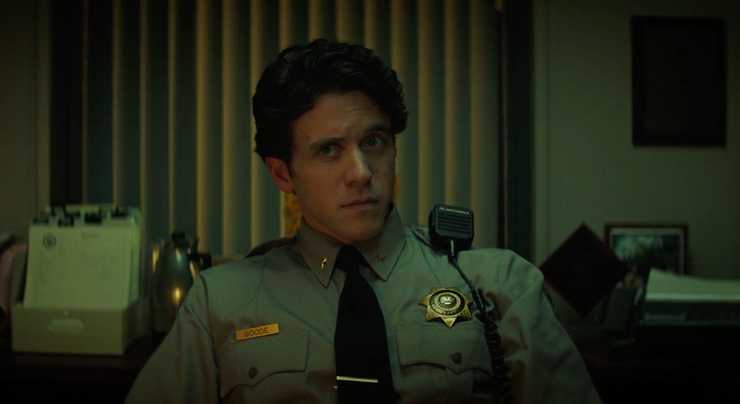 This film differs from its predecessors as well due to the antagonists that are present in this installment. Unlike the first two films, Part Three centers on two main antagonists. The first-ever Shadyside killer, in the form of the town’s pastor, is the first one that is revealed who is able to steal the show in terms of the amount of gore and his unique killing style. This big baddie could have been utilized even more throughout the movie but it is also understandable why it was a short live killing spree. The second villain is the true mastermind behind the curse which came supposedly as a big “twist”. The big reveal for this twist was decent enough but was somewhat predictable as well.

A Predictable and Underwhelming Twist 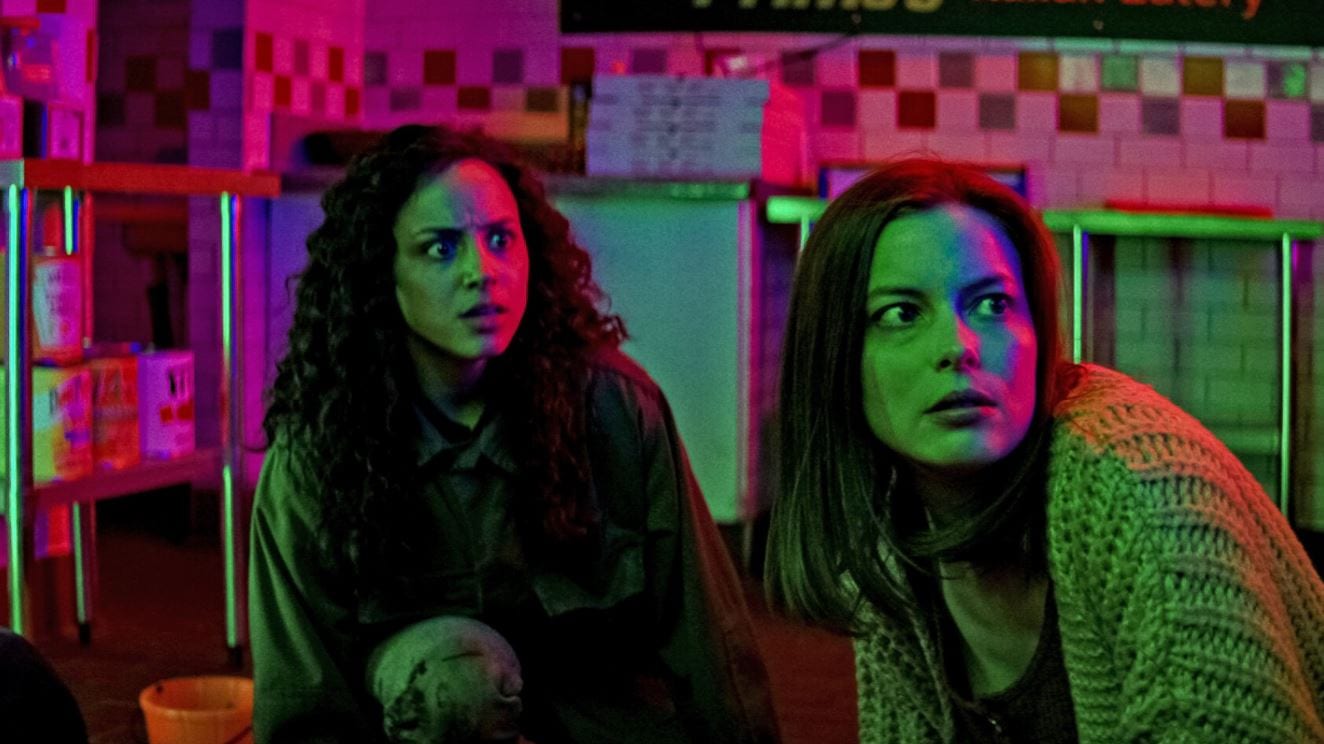 The central plot of the film set in 1666 was truly the highlight of the movie and even of the entire franchise. The story was fast-paced and well thought of with an appropriate and meaningful twist around each corner. The same cannot be said however when the film transitioned back into the events in the ‘90s. The continuity was sub-par and didn’t leave much impact. In addition to this, there was an overwhelming sense of predictability which was evident from the first film, and to see the “big twist” play out as it did was underwhelming. Furthermore, the third film in the franchise could have had an amazing ending, if only they left out the mid-credits scene. The producers showed their desire to create more stories for Fear Street in the future by leaving the door wide open. However, in doing so it may only add the risk of destroying the story as a whole.

The third film in the franchise is one of the best out of the three films due to the 1666 storyline. When it is taken as a whole, however, there are definitely areas for improvement. It is a very satisfying “conclusion” to this particular group of characters (if the producers opt to leave the film’s conclusion as is). This isn’t to say however that Fear Street should end from here. There are countless stories that can still be explored prior to the events in 1994 with potential spin-offs and origin stories from the other Shadyside killers in the past. We still recommend that you stream Fear Street Part Three: 1666 now on Netflix.

Our Final Thoughts on The Fear Street Trilogy

Fear Street is one of those horror franchises that actually works and this could pave the way for more creative outputs from Netflix. The trilogy is a fun and exciting ride from start to finish which of course has room for improvement and growth. It’s a trilogy that has won over critics and fans alike and a world that can still be expanded on further in the future. Only time will tell if Netflix would bring us back into the infamous Fear Street for more fun, exciting, and gruesome adventures.

For more on Fear Street, check out our article, Fear Street Trilogy: Everything You Need To Know