One of the biggest moves that GAP made last year was to sign Kanye West to a long-term deal. Part of the deal includes Kanye bringing over his YEEZY line to the American clothing brand.

Ahead of its quarterly reports reveal on May 27, GAP finally shed light on the upcoming YEEZY Line, which is slated to launch by end of June. The brand said that they are on pace to formally unveil the line and that they are confident that it will bring them as much as $150 million in revenue to offset a rather rocky 2020.

Looking back at its 2020 performance, GAP’s overall sales declined by 18%, and the clothing brand was forced to close 225 stores last August and is slated to close more stores by the end of 2021.

While we still do not know the pieces under the GAP YEEZY Line until its official launch, previous leaks point to the debut collection consisting of clothing basics like windbreakers, hoodies, natural denim pants, flight jackets, crew neck tees, and transporter bags. Those previous leaks also revealed that the Foam Runner was allegedly included–but we all know that the sneaker is marketed under the adidas YEEZY line.

Going back to the leaked clothing pieces, there may be truth to that, as Kanye himself tweeted a photo of several of the pieces (in different colors) placed in a flat lay on barren land. 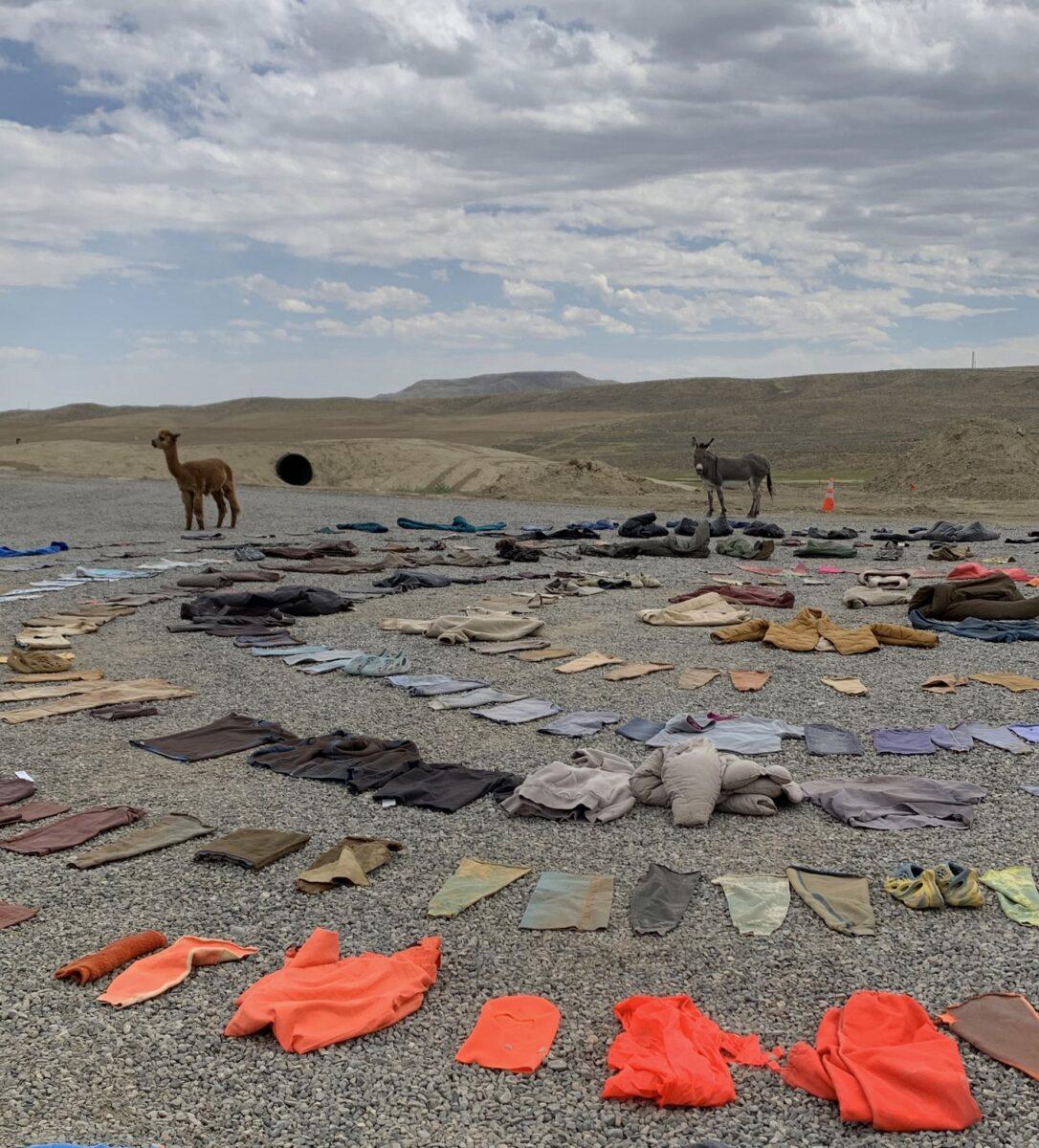 While we know that the GAP YEEZY Line will launch soon, there’s no word yet if the debut collection will be available exclusively in the US or in more countries like adidas’ YEEZY line. Will you consider copping these clothing essentials from GAP’s hyped-up clothing line?