Home Editorial The Entitled Review: Why We Urge You To Skip This One 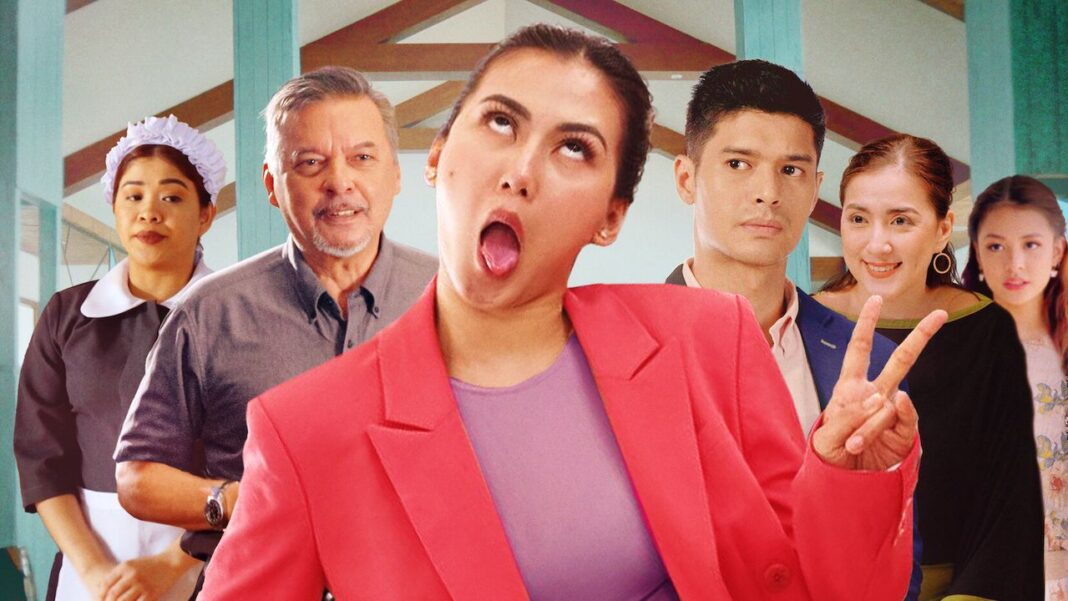 Netflix has yet again provided us with an original Filipino film straight from the streaming juggernaut itself. Entitled has made waves on the streaming service by holding the number one spot for weeks and counting now on the Top Ten movies list in the Philippines. We were honestly intrigued by the reception on the platform and decided to check out The Entitled and review it here at This Is Hype Ph. 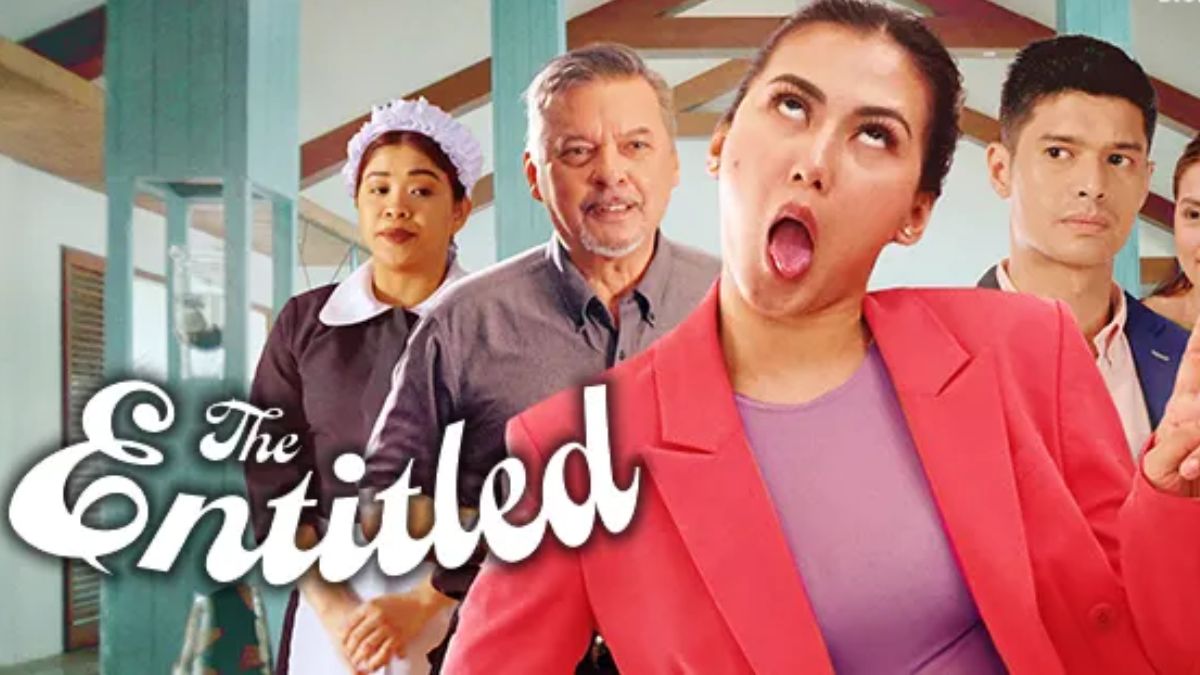 The film stars Alex Gonzaga together with Johnny Revilla, Ara Mina, JC de Vera, Andrea Abaya and Melai Cantiveros amongst others. It is directed by Theodore Boborol who is known for directing films such as Just the Way You Are, Vince Kath and James, and Finally Found Someone. The latter starred John Lloyd Cruz and Sarah Geronimo and was one of the highest-grossing films in the Philippines back in 2017.

The Entitled follows the story of Belinda who is reunited with her father and in turn discovers that she is actually the heir of a thriving hotel business. As Belinda experiences a complete 180-degree turn from living the simple life in a rural fishing area in the province to a life of luxury, she must also juggle her big family reunion with her father, the presence of her father’s new wife and daughter, the need to learn the ropes in the hospitality industry and finally the looming growth of a possible romantic relationship with the family’s lawyer, Jacob.

We will keep this review of The Entitled simple and direct to the point and therefore free from spoilers. We will keep the discussion focused on the acting of the main cast, the substantiality of the plot, and the direction of the film as a romantic comedy. 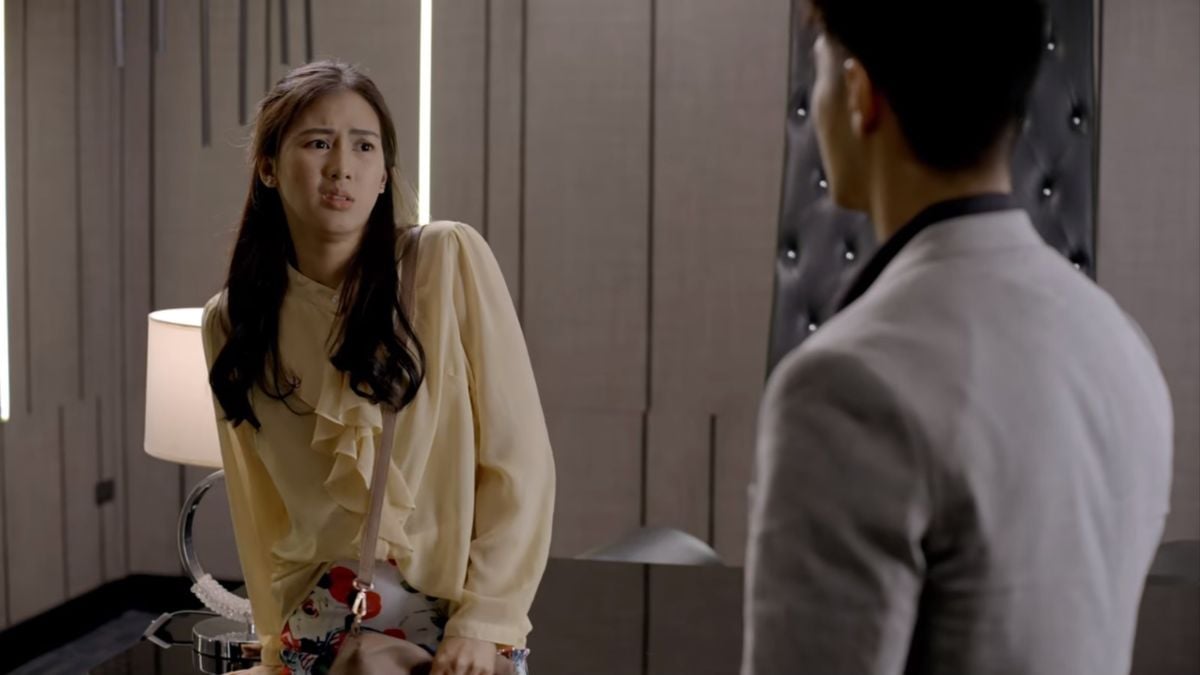 I will go straight to the point with this review as harsh as it may be to bring out the truth behind how we found The Entitled to be as a film. It’s a film that simply has no proper direction other than to provide comedic relief. Even then some of the punchlines fall face down as the priority seems to be a barrage of mindless puns and slapstick humor that are closely knit to Gonzaga’s personality. The film is just an utter mess in terms of the story as it fades into the background behind the endless comedic elements which at one point or another border on being too excessive and corny. If you’re into the kind of humor that Alex Gonzaga provides which is often seen on her own Youtube channel, then this is the type of film that you may probably enjoy but be warned it’s taken to the tenth degree of excessiveness and even features a lot of vulgar and unnecessary content. 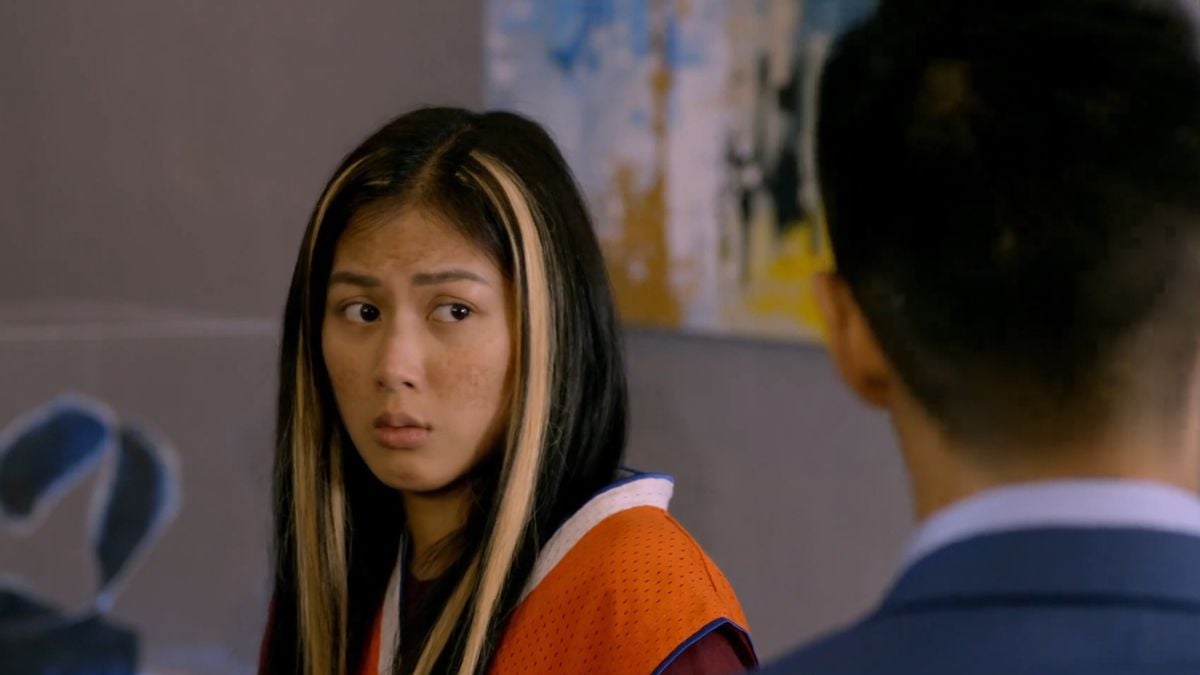 The story doesn’t hold any weight at all in terms of emotionality and instead hits you hard with meaningless dialogues and a huge hole in the premise and characterization of the characters. To be fair, there is a pretty decent storyline buried deep down in the 90-minute running time that hits hard on the themes of family, self-worth, and restoration. The problem is that these don’t seem to be the main priority of The Entitled. There was even some resemblance of creativity in terms of the title as the film doesn’t really focus on the bratty kind of entitlement instead the main character is a representation of someone who has all the entitlement to a very privileged life while having the need to adjust to such changes. These choices and direction admittedly could have had all the promise for a pretty decent film that revolved around the up-and-coming tale of a woman coming from the bottom to the top minus the snotty transformation that the film actually focuses on. It was supposedly a heart-warming tale of humble origins. Sadly the film didn’t fully hold on to this said premise.

The film instead dives into a classist type of story which chooses to not only highlight the growing divide between social classes but the explicit teaching that such huge gaps do exist naturally. The supposedly comedic depiction of the diarrhea-inducing linguistic differences that Belinda experiences, whenever anyone speaks in straight English, was honestly done in poor taste as what I understood as a variation of the common Filipino expression — “nosebleed”. These choices didn’t help in really conveying a meaningful story but instead were a means to continuously show the economic divide rather than truly uniting it. Belinda’s naïveté towards social cues of the so-called elite such as fine dining rules and business-related endeavors were, for the most part, depicted well but when a person so adept with TikTok and social media finds a smart home device as an alien concept then that’s where some plot holes and inconsistencies emerge. 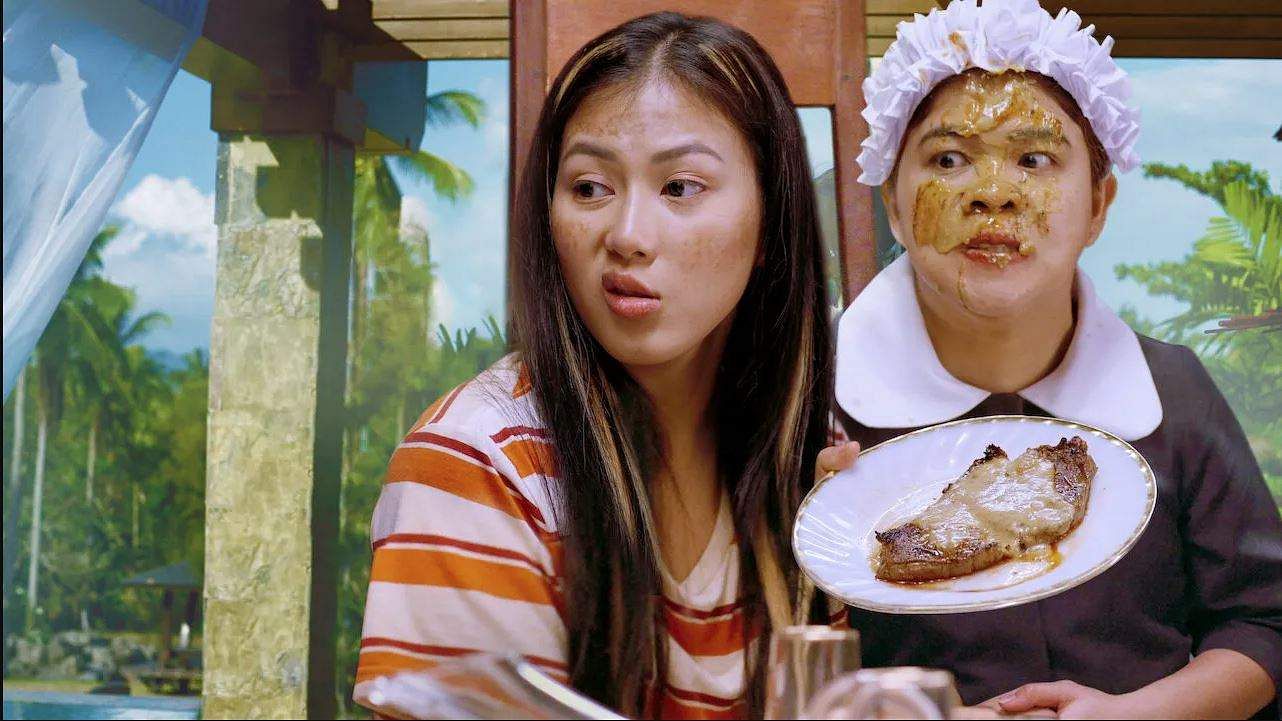 Not only that, with a 90-minute running time the film still feels a bit rushed. Don’t get me wrong I was glad that it ended in the time span that it did — it couldn’t come in fast enough, to be honest — but there were so sub-plots that were done in haste. Let’s take Caitlyn’s sudden change of heart. We see Belinda’s younger half-sister for the majority of the film as a conniving and bratty opposition to the central character who often places Belinda in humiliating scenarios for the sake of her own social media platforms. Caitlyn suddenly has metanoia when she gets caught up in an altercation with a boy that Belinda tries to save her from — which doesn’t really happen since Caitlyn does most of it herself in the end as Belinda gets caught up delivering what is supposedly yet another comedic scene. This sequence and character development were too abrupt to be quite frank. This is actually seen in the majority of the film as The Entitled also has a problem with the smoothness of its flow as the transitions are abrupt from one scene to another. This is also not to discount the fact that there are some huge editing errors such as that in the first few minutes where it is so visibly and painfully clear that the editing departments failed to see the faulty editing of a certain clip.

Over The Top Performances 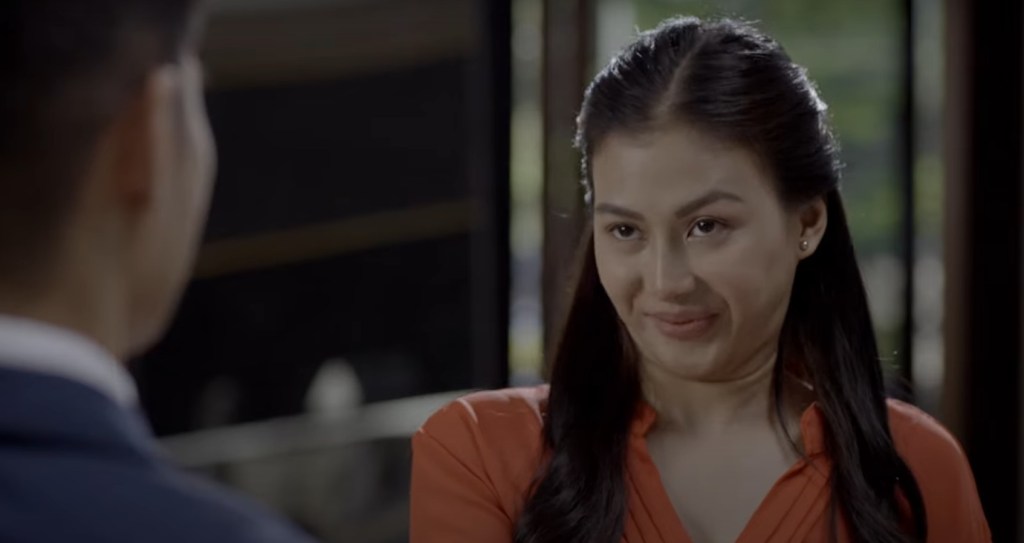 The Entitled supposedly boasts a phenomenal cast of talented Filipino actors and actresses. The problem however lies in the execution and lack of emotional weight. The majority of the performances took the characters to their absolute limit as there was no exercise in subtlety. Instead, the majority of the film exhibited loud moments and over-the-top acting and sadly not in the most positive of lights. Gonzaga has been known for such acting style but I guess this portrayal was just too much — even for her. It was just too loud and excessive and ultimately produced no such deep meaning. Even the moments that required the emotional grittiness felt humorous in a way that you really couldn’t take it seriously. 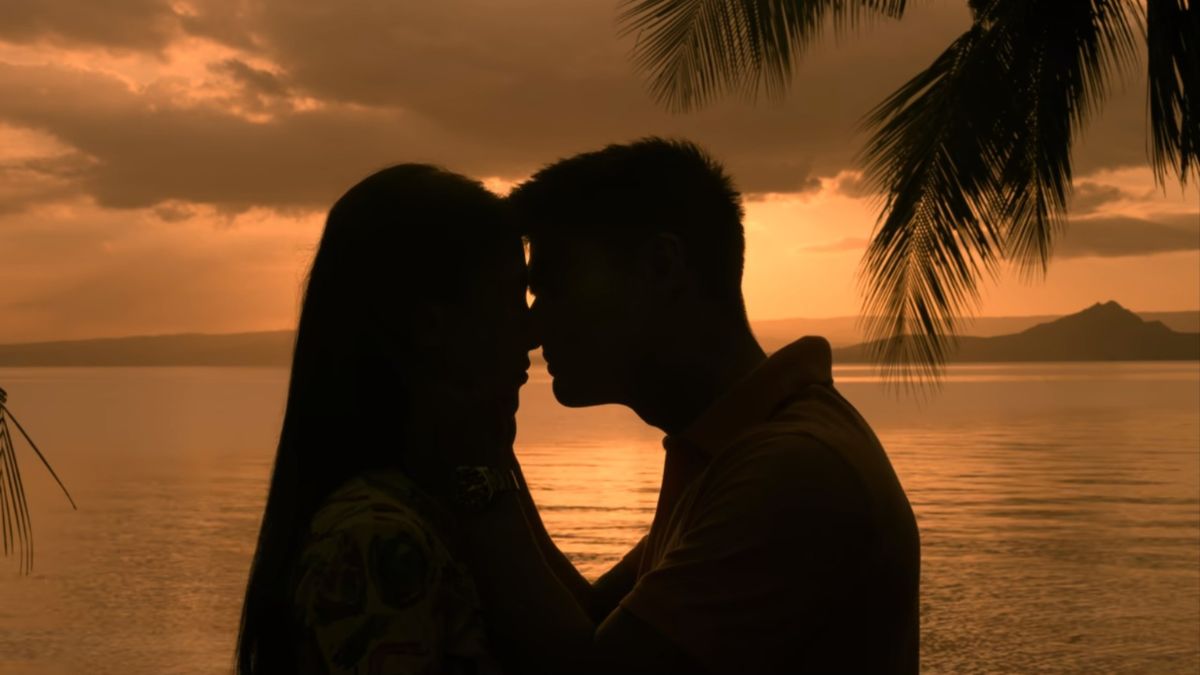 The Entitled as a rom-com was supposed to have a slight resemblance to the film What A Girl Wants which was released back in 2003. This film however was a far cry from the latter as it didn’t feature a tandem that you would actually root for as well. The chemistry of Gonzaga and JC de Vera was lackluster at best. There wasn’t any spark that came out from the tandem in terms of chemistry and instead it all went back to the comedic side of the relationship. The contrast between the two characters was admittedly pleasant to witness but overall there was nothing much to really root for in this pairing as well as the entire movie as a whole.

We honestly hate giving poor reviews, especially for locally produced content. We are here, however, to give the hard truth. I honestly don’t see why The Entitled has received such a big number of views or hype on Netflix. I’ve tried to look at it from all angles but I truly find myself on a completely separate boat on this one. It lacks a substantial story, has mediocre performances at best, and above all seems to be an attempt at providing slapstick humor with which most fall flat in terms of execution. To top it all off there are also inconsistencies and big errors in the editing aspects. If you are looking for mindless humor, maybe and I emphasize the word maybe, this film might be for you. But if I were to be completely honest it’s that type of movie that may be acceptable to watch once. Some might even stop halfway and be done with it. I actually suggest skipping it altogether as it is, to be quite honest, a waste of time sadly. My biggest hope and recommendation is for Filipino creators to do better. Humor is great as long as there is substance and meaning to it all. The story sadly for The Entitled took a backseat which is the very reason why we give it a 1 out of 10 on our Hype Meter. 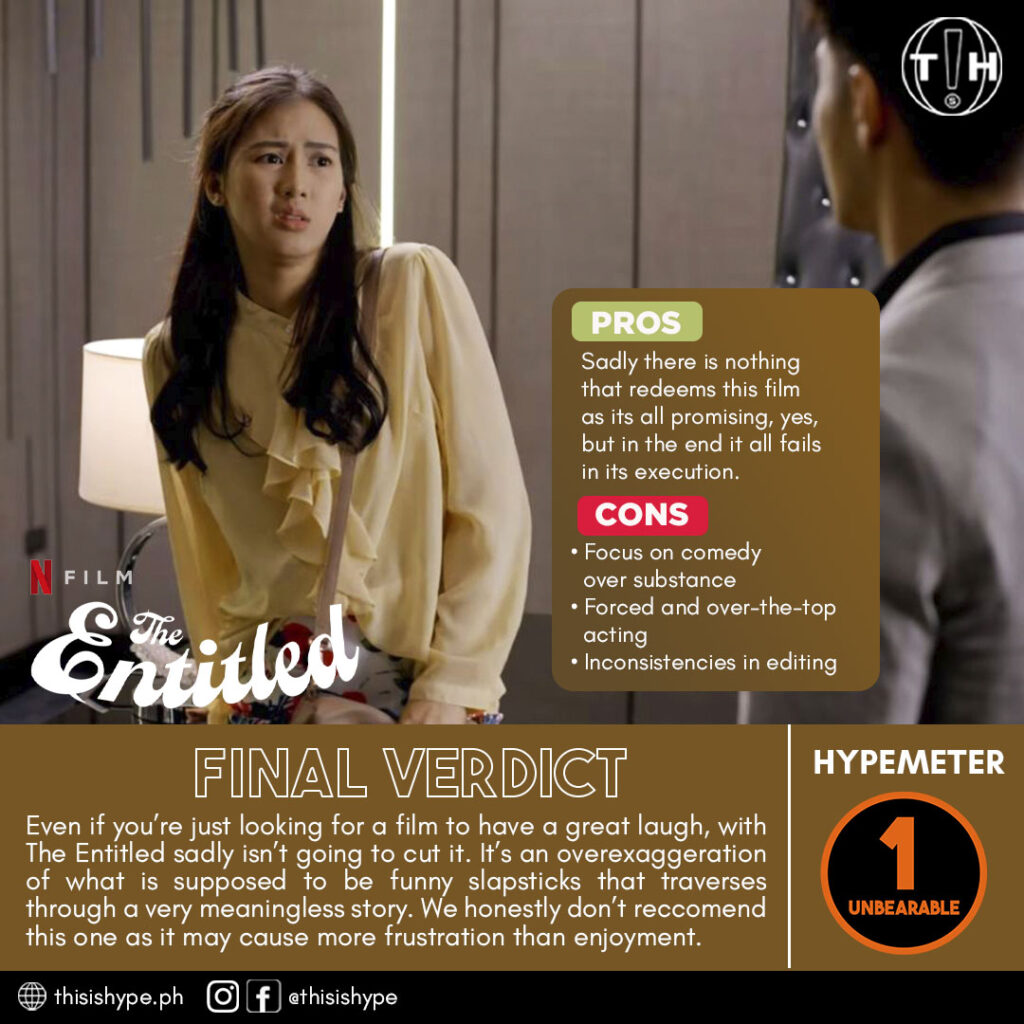