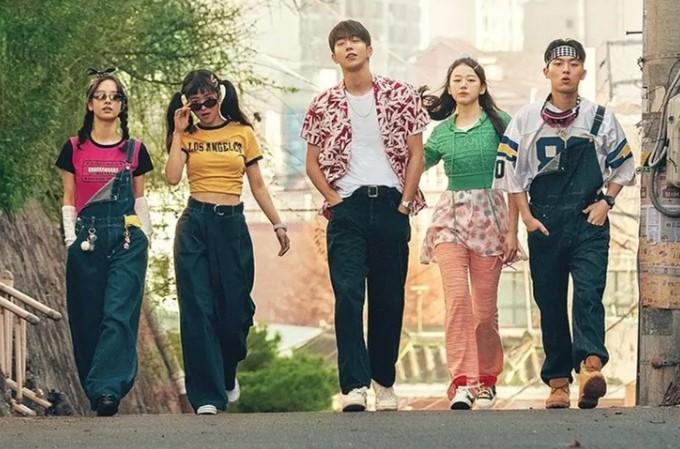 There will always be a special place in our hearts for K-dramas — especially those that give a slice of life. Yes, special effects and unique storylines are also great and we’re fans of it as well, but there’s something so pure about seeing life the way it is for all that it is with the joys and hardships of it rolled into an awesome series. Following the charm of Reply 1988 (2016) is Twenty-Five Twenty-One, a drama set in the ’90s in  Korea. In the midst of a financial crisis, young and hopeful Na Hee-do sets her sights on being a gold medalist in fencing. To be honest, at first, we weren’t expecting too much from this K-drama, but we were quite drawn throughout the series. In the end, this Twenty-Five Twenty-One served well as a great and comforting watch that made us swoon, cry, and root for the lead characters. 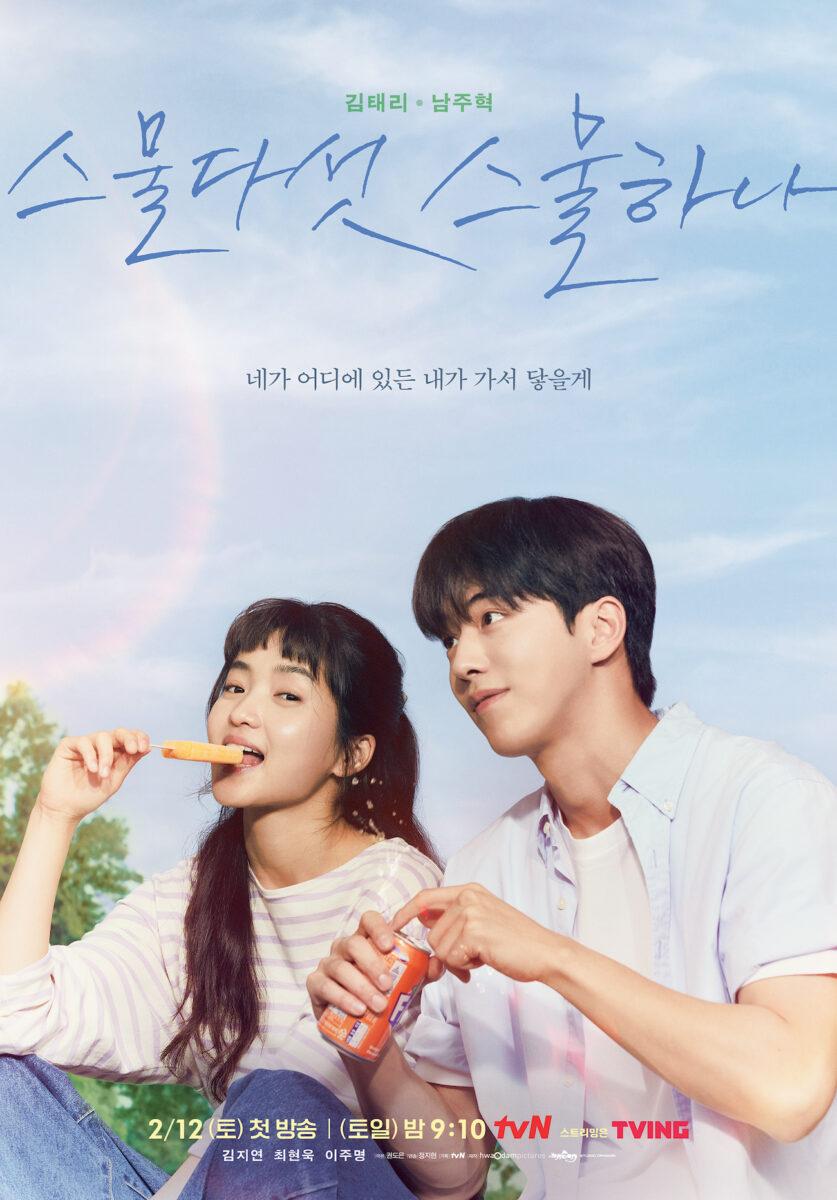 Join us as we take a closer look at this coming-of-age drama.

It’s the year 1998. Na Hee-Do is an aspiring fencing champion and Baek Yi-jin is in the middle of rebuilding his life following the fall of his father’s business.  They find solace and inspiration in each other as they experience their youth in a time when attaining one’s dream seems impossible. Apart from the two lead characters, we find Ko Yu-rim (Bona), Moon Ji-Woong (Choi Hyun-Wook), Ji Seung-wan (Lee Joo-Myung), with each also having their own story to tell.

One of the main initial appeals of the move was that it was set in the ’90s. In the midst of a pandemic, it was comforting to see familiar things that in turn gave us a very nostalgic vibe. It was a moment in time when most of Twenty-Five Twenty One’s demographic was experiencing their youthful stages as well, so seeing it again definitely brought some nostalgia.

Amazing Chemistry From The Cast

Actors can be as good as it gets, but real chemistry can’t be faked. The two main leads were so charming to watch on-screen, which made it only natural to root for them to be together. Nam Joo-hyuk (Baek Yi-jin) first won the hearts of viewers in Weightlifting Fairy Kim Bok-Joo. While Kim Tae-Ri on the other hand has proven her acting prowess in 1987: When the Day Comes and Little Forest. The chemistry between the two is palpable, credible, and very natural.

Of course, we also laud the rest of the cast due to their acting chops that are well displayed throughout the series such as when Yi-jin was confronted by a former employer of his father or when Na Hee-do confronts Yi-jin about her feelings. We also can’t forget Yu-rim’s emotional scene by the pool, when she was experiencing a multitude of pressures and emotions from her family’s situation, among other things.

Twenty-Five Twenty Twenty-One did its best to not sugarcoat the issues and struggles of youth — and people in general. For instance, when one of the characters was unfairly treated by her school because of exposing student abuse the show was able to encapsulate such a moment to that point that it was truly sad and frustrating but believable at the same time. Admittedly, there were times when we would wish that the writers would just use the creative card and tweak some scenes to make them happier, but all in all, the writers’ choices were justified and we respect them.

Apart from the romantic aspect, themes of dreams, friendship, and family added depth to the story and engaged us even more which made it quite difficult at times to wait for the new set of episodes as they dropped on a week-to-week basis.

We give Netflix’s Twenty-Five Twenty-One a Hype Rating of 9 because of its freshness, depth, and ability to inspire. The dialogue was also very good, with a balance of thought-provoking and funny instances. It might not be your happily-ever-after type story, but it does teach you that you can dream at any point in time and it reminds us that life’s beauty is found in the actual journey and people we encounter instead of the destination. This, along with many more realizations and lessons that viewers can just get from this amazing K-Drama series. 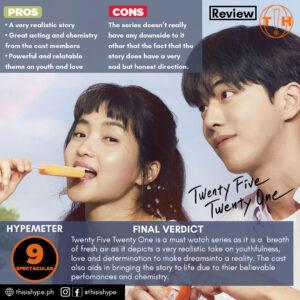 For more on pop culture, continue to visit us at This is Hype.