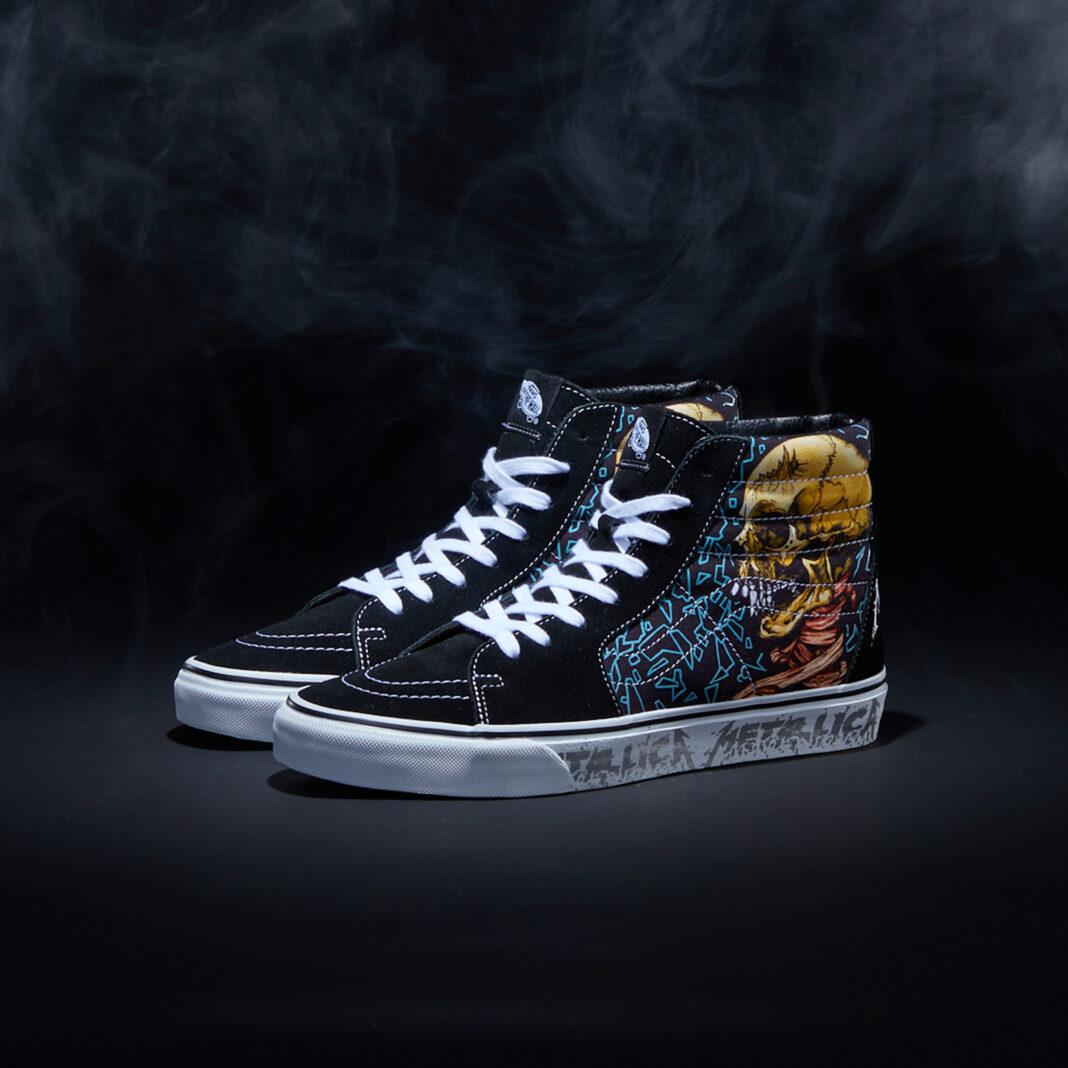 Metallica is definitely an icon in the world of music, most especially in the realm of metal rock. Metallica has definitely earned a spot on music history, with classics like Seek and Destroy, Master of Puppets, For Whom the Bell Tolls, and Enter Sandman being a permanent resident in the world’s airwaves. With the upcoming 30th anniversary of the band’s The Black Album (officially named Metallica), they are now releasing their 4th Vans X Metallica collaboration.

What makes The Black Album so special?

The Black Album was remixed three times and finally released in 1991. It debuted at number 1 in 10 countries and sold 650,000 units in the US during its first week. The legendary creation also stayed over 488 weeks on the US Billboard 20. It staggeringly brought Metallica to the mainstream music scene and has been certified 16 times platinum in the US.

For this collaboration, the sneakers will feature an iconic “Sad But True” artwork by Pushead, an artist who has provided iconic imagery and artwork for the band’s tour books, t-shirts, and stages since 1986. Each sneaker will also feature a graphic blue shatter design, a silver Metallica logo, and the graffiti-like Metallica printed on the heel stay. 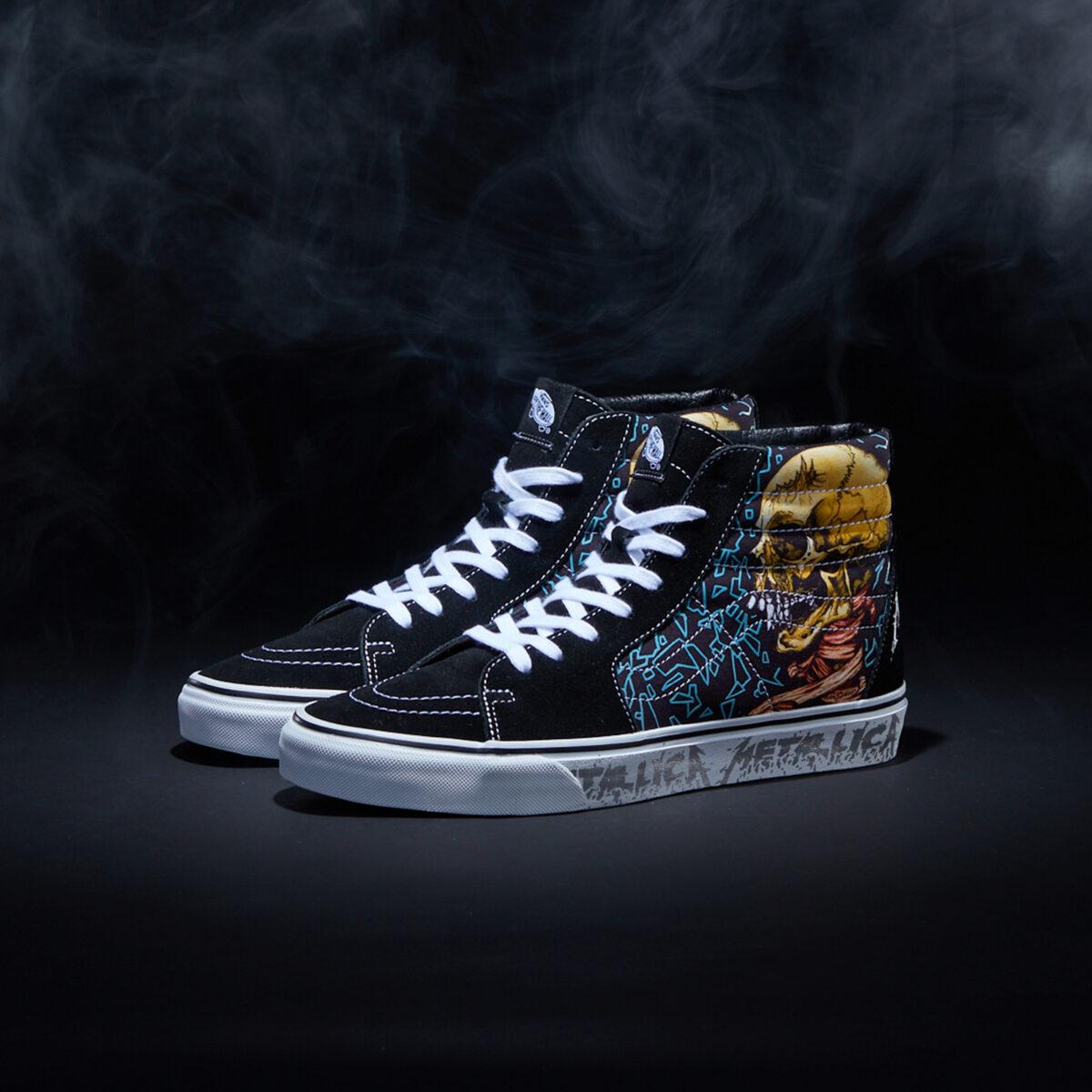 Pushead’s “Sad But True” enigmatic skulls are showcased on the quarter panels of the Sk8-Hi, while classic Metallica branding adorns the vulcanized midsoles. 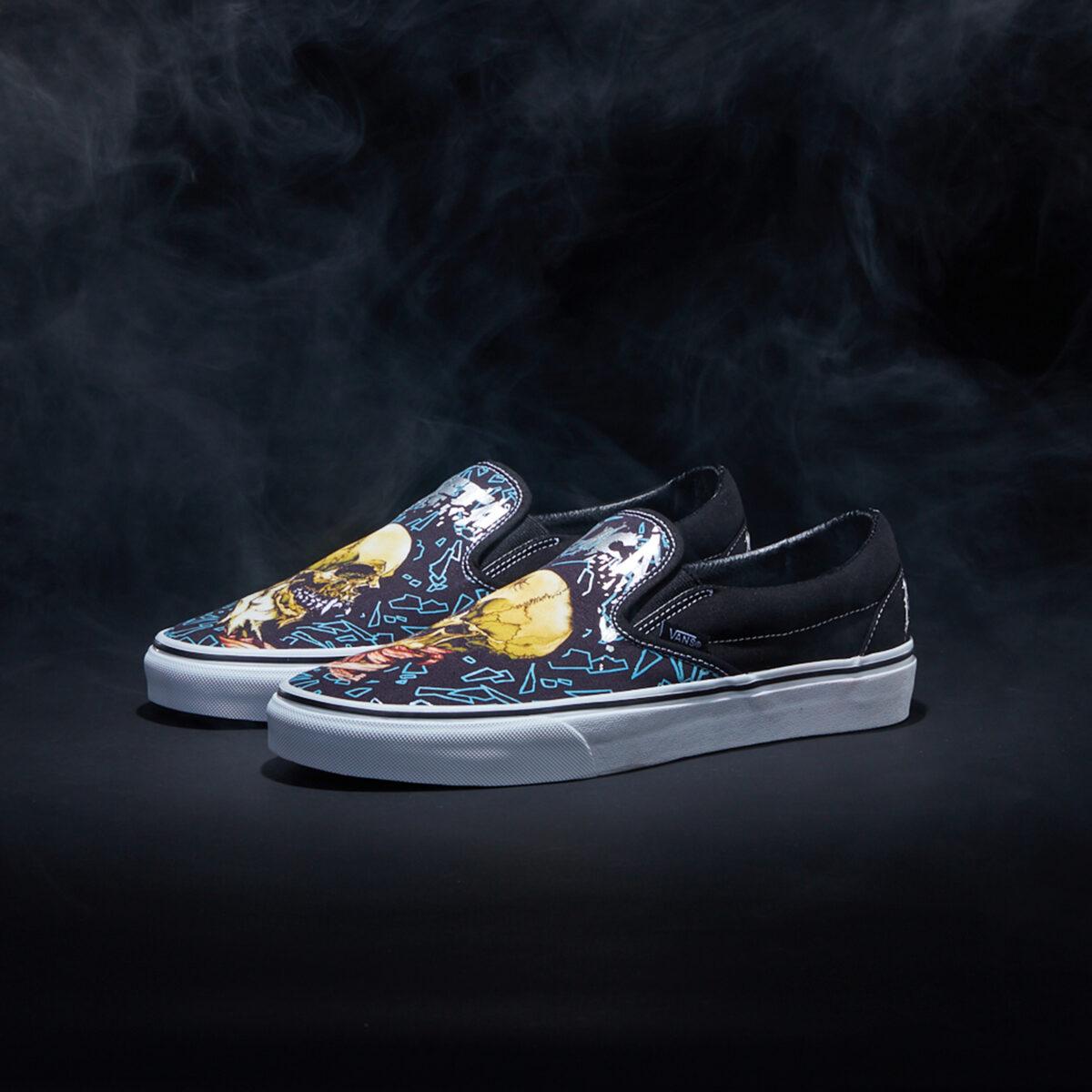 The Classic Slip-on, meanwhile, gets the artwork stamped on the toe box

Both pairs of sneakers are available for Vans Family members. This is only available in selected countries. Unfortunately, the Philippines is not on the list, so resellers are your next best bet if you want to get your hands on either pair.

We definitely appreciate it whenever art meats art. Seeing something so meaningful in the world of music be translated to something we wear is definitely amazing. We look forward to more Vans music collaborations. So, what do you think of the Vans X Metallica collaboration?

For more sneaker news, check out our previous articles:

Converse CONS One Star Philippines: A Review of an Underrated Classic
Behind the Sneaker: The adidas Forum Exhibit Low as a Modern Classic
The Nike Space Jam: A New Legacy Collection is a Mix of Old and New