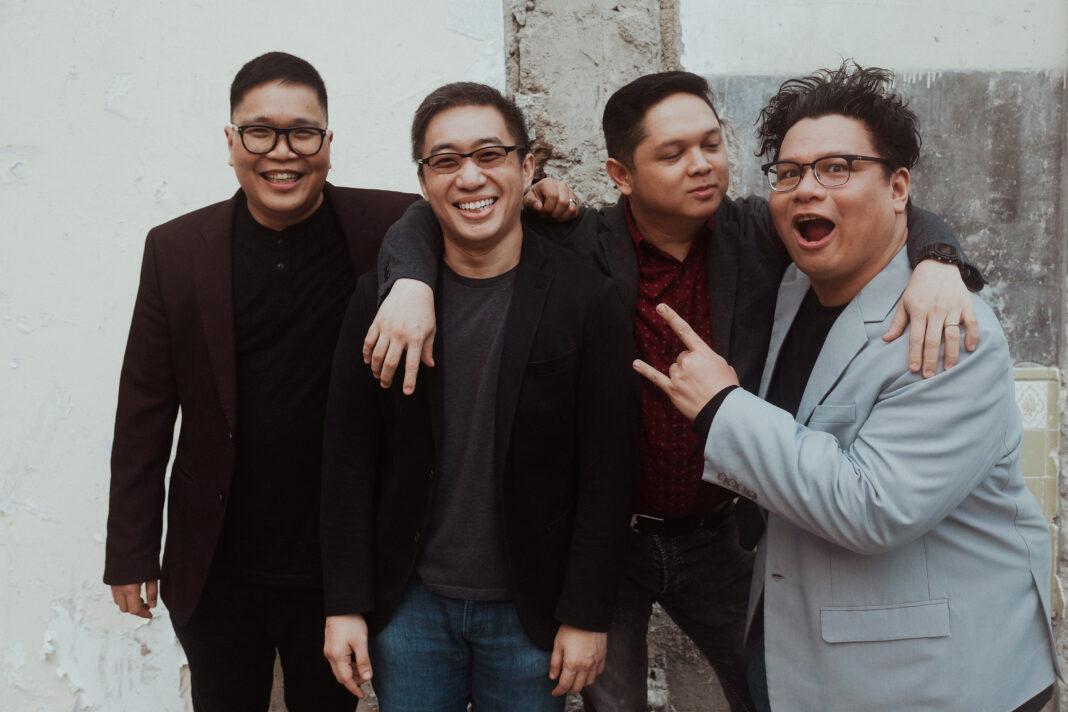 There’s nothing quite like listening to the songs of your youth. If you’re a 90s kid now tito or tita of Manila, you’ll relate to those days singing your heart out inside the school’s auditorium, while The Itchyworms was rocking to your favorite tune.  It’s now 2021, and the band you once listened to via Walkman is now 25 years old. In lieu of the band’s 25th anniversary, Itchyworms has released a new single, Eto Na (Ang Maliligayang Araw).

The 4-man-act also dropped Worms Upon A Time: An Itchyworms Podcast, a six-part series that explores the long-lasting appeal and impact of their albums in their 25 years of existence as a band.

And because we’re so hyped on these new materials, allow us to go on a trip down memory lane and revisit some of their classics in time for the Itchyworms’ 25th anniversary in the music industry:

Akin Ka Nalang is a fusion of feel-good beats and words of longing. It’s a perfect anthem for our past crushes and eye candy. Maybe that’s why the song is so sweet. The song reminds us of our favorite dessert that gives comfort and warmth on a rainy day.

This song is reminiscent of the older Filipino classic sound. Think Apo Hiking Society. It also makes us think of The Beatles’ latter work, Don’t Let Me Down, because of its repetitive tune pattern and nostalgic vibe. Beer is definitely a Filipino staple for celebrating, crying, and for bonding. So really, using beer to capture a moment or emotion makes sense.

This beautiful rock ballad about loss and the passing of time is a part of Viva Film’s Sid&Aya: Not A Love Story starring Dingdong Dantes and Anne Curtis, a story about two unlikely lovers. It has a whopping 50 million views on YouTube and more than 27 million plays on Spotify, which is not surprising since the song is the definition of feels.

Penge Naman Ako Nyan is a fun and catchy song fit for a road trip or long relaxing afternoons on a weekend. Sometimes, we just like to feel good listen that doesn’t require much thought, just plain good vibes.

Storytelling is done in a fun and simple way in Buwan. As Filipinos, we love hearing stories, whether it’s an actual song or just plain listening to a friend. We appreciate how, in a way, Buwan, is naked from all the fancy accessories and just tells the story like it is.

Every generation has a story. Every generation is misunderstood. Growing up is not easy and the song’s happy melody captures the beauty of enjoying the journey and learning as you live. We’re definitely happy about this collaboration of these two OPM icons.

This ballad’s approach is quite different from the band’s usual. It’s stripped of the usual more aggressive drums and guitar for most of the song and is written in English. The message of the song is quite sad with the lyrics “Give me a love song, give me a reason to live”, but when mixed with the song’s soothing tune, it makes the listening experience pleasant and enjoyable.

It’s as cute a lollipop and as catchy as neon. Love Teams are a staple in Filipino culture with Bea-Lloyd, Kim-Gerald, and Kathniel making Filipinos giggle with glee whenever they see them together. It’s amazing how in capturing Filipino culture, the band manages to write something so sweet about a hypothetical leading man falling for the girl. Kilig.

We have come to the last song in the Itchyworms music session–the band’s 25th-anniversary song to be exact. The message talks about hope for better things and better days. Really, we need more of these encouraging songs in times like this.

According to drummer and lead vocalist Jazz Nicolas, The Itchyworms’ anniversary song documents the feeling of being stuck in a challenging phase for a very long period, while hoping that everything will be fine. “You’re not quite there yet, but you feel that things are moving up a bit,” he emphasizes. “Kel and I call this the dark ages; it’s when all areas of your life seemed very bleak, and you always feel like there’s no way out. In this song, you’re not out yet, but you have a feeling that you will be.”

We hope you enjoyed our trip down memory lane! The Itchyworms are also set to release a mockumentary that chronicles their 25 years in the music industry and a music video of their self-titled track Waiting For The End To Start, whose visual narrative serves as an artistic take on the ‘dystopian future post-pandemic life in the Philippines.

Like our article? Also, check these ones:
New SB19 EP pagsibol is Now on Spotify
Ben&Ben And SB19 Makes Waves In The OPM Music Scene With ‘MAPA’ Collaboration